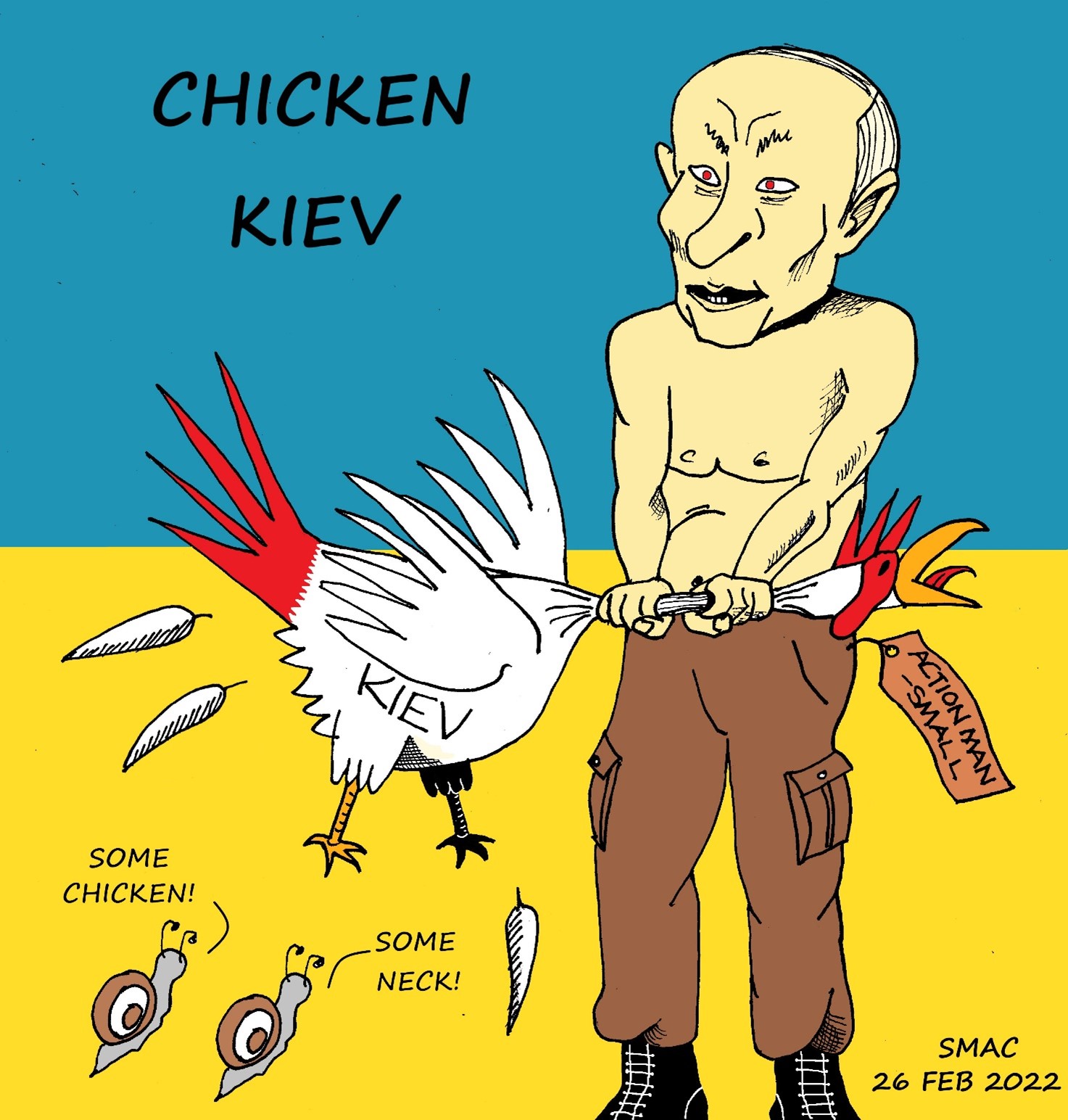 In mid-1940 with the atavistic German hordes rampaging though Western Europe with little hinderance and staring down the barrels of multiple guns of multiple calibres, the French generals indicated their readiness to cravenly surrender to Hitler.  Churchill demurred and stated that Britain was going fight on.  Having stubbed his cigar in the eye of Gallic pride, the French generals, with their Gallic noses distinctly out of joint, replied that Britain would ‘have her neck wrung like a chicken.’

Having seen off the Germans in the Battle of Britain and just about surviving in the Mediterranean, Churchill was on a tour in Canada 18 months later when he related the story and added, “Some chicken! Some neck!”

Fast forward 81 years and we find Ukraine under the cosh of the Putinic forces intent on establishing a buffer state against Western Imperialisim – good old Communist knee-jerk paranoia.  According to some reports, the going has been slower than the Russians planned and Kiev seems be a tough old bird.

Chicken Kiev – Some chicken! Some neck!