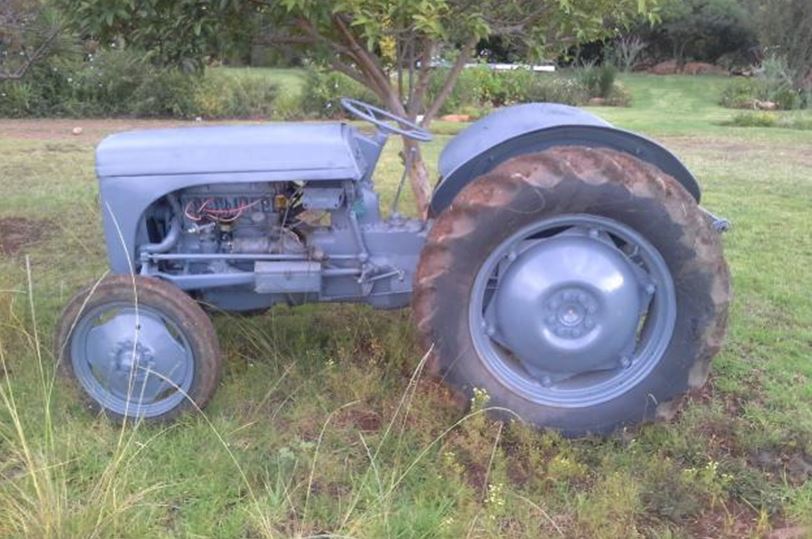 This is another in a periodic series on our childhood in Port Elizabeth. In this episode Blaine relates an incident of which I was blissfully unaware until this morning. How is that possible if we lived in the same house?

Dad organised me a job with him over the Christmas Holidays at the end of Std 8.  This was all rather illegal since I was 15 and he wanted me to drive the tractor to boot.  JJ Ruddy & Sons had a contract to replace large sections of the factory floor at Aberdare Cables during the shutdown period.  On the Saturday afternoon before we were due to start Dad took me on site and showed me the controls and then let me at it.  Once he thought I had it under control, he left me alone for an hour or so to play in the yard of Aberdare Cables while he pottered around in the site hut sorting things out for the Monday start.

I must just explain a few things about tractors in general and that one in particular.  First of all, it has a hand throttle like a flicker lever underneath the steering wheel that can be set to any position and just left there.  If you wanted to slow down then you had to push it closed.  This was all very simple until things went wrong and you were just hanging on to the steering wheel, it would be difficult to close the throttle. 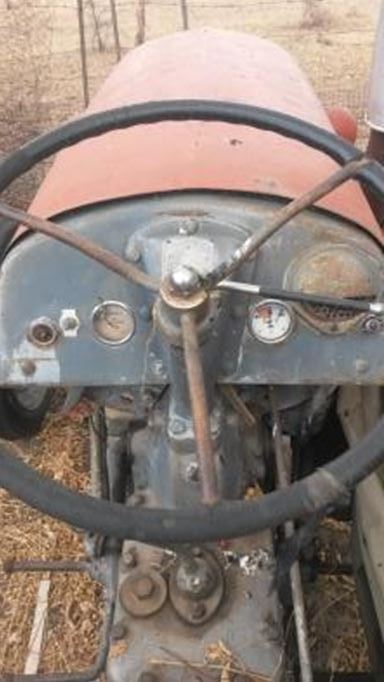 But the real tricky part was the clutch pedal.  One sat astride the gearbox with the gear lever between your legs, underneath the steering wheel.  The clutch and brake pedals were conventionally placed left and right of the gearbox.  I call them pedals, but they were just L-shaped levers pivoting on the sides of the gearbox housing with the short side of the L sticking outwards.  There were round blobs on the ends to prevent your feet from slipping off – ha, ha, ha.  Over the years of use, these levers ended up pointing downwards slightly and the tops of the blobs were half worn off.   To round it off, the area where we were working was where they greased the cables with the result that the floor was covered with a hard layer of the stuff and our shoes were caked with it.

This tractor had a hopper attached to the chassis behind the back wheels.  It had a capacity of probably 500kg of wet concrete which made it marginally balanced – not fun as I was to find out. 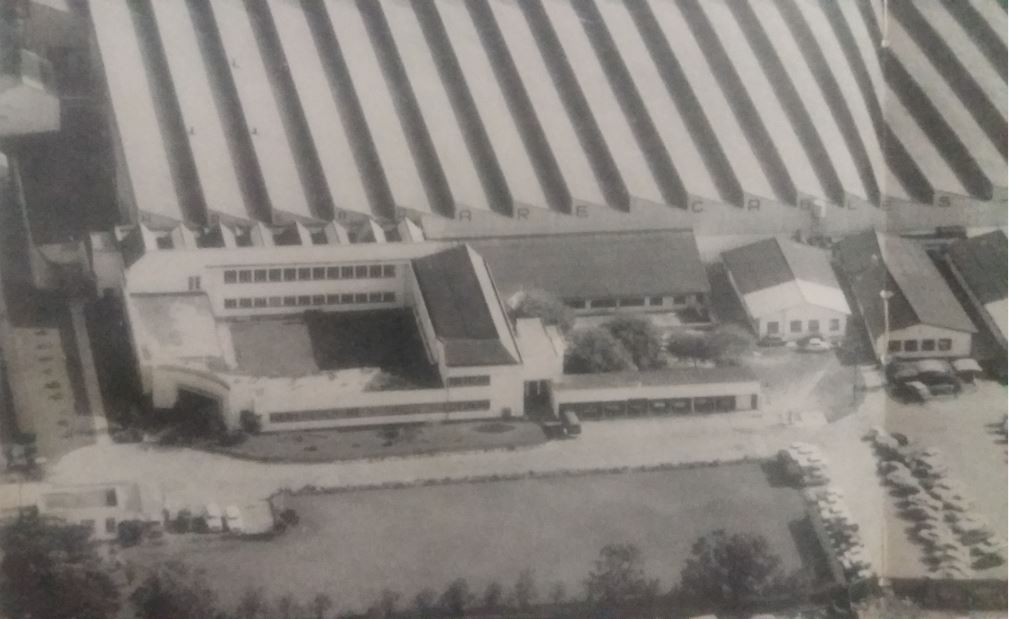 One final point, everything is heavy to use, particularly for one who was essentially still a lightie.  While there is no power steering or power assisted brakes, the one thing it has in abundance is a huge amount of torque, which combined with its large wheels makes it unstoppable by any obstruction less than a solid wall.  If it can’t drive through it, it’ll drive over it.

In short, a tractor is an extremely dangerous vehicle for anyone, let alone a 15 year old with an hour and a half experience.  I don’t know what Dad was smoking, but coming from the stoic school of hard knocks it was a case of what doesn’t kill you, makes you strong.  I can testify to the fact that after the holidays the left calf muscle was probably 1cm bigger than the right.

The company had a large cement mixer similar to the one shown.  The problem was that the hopper did not fit under the mixer barrel so a sloped ditch was dug and the ground carelessly heaped alongside. 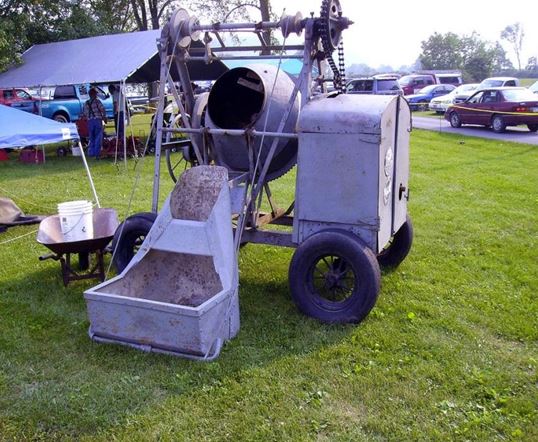 The first few days were taken up with carting away the rubble from the broken up floor.  Then came the concrete.  It went fine for a while until I became overconfident as is the way with humans, particularly young boys.  In pulling up the slope from under the mixer I had set too many revs with the hand throttle and my weak legs didn’t control the heavy clutch properly.  The tractor reared up and proceeded on its way on its back wheels.  At this point I became just a passenger hanging onto the steering wheel for dear life to stop myself from falling off the seat and there was no way in which I could apply any force to the clutch or the brake.  Things soon got worse.  The left wheel started dragging against the side of the ditch.  The action of a differential causes more torque to be transferred to the opposite wheel and the tractor commenced to turn on a dime.  There was still enough torque being applied to the left inner wheel for it to climb up the side of the ditch whereupon it encountered the heap of ground from the ditch and proceeded to climb that as well.  I was really in shyte at that point with the tractor standing on its back wheels and canted about 30°to the right being half on the pile of sand.  Eventually it crested the heap and came down with a thump on the other side.  I grew up fast that day.

Overall it was a great experience.  Dad must have been proud of me then.  I had really aced Std 8 and I was doing a real man’s work for wages.  We really bonded in the site hut at tea and lunchtimes when we would scoff down our peanut butter sandwiches and drink really sweet coffee made with condensed milk while we discussed the job, pouring over the blueprints with the smells of the site office.  Every now and again I still pick up that smell and I am transported back in time.  It is a strange combination of dust, grease, paraffin and sweat I suppose.  To most people it would be slightly offensive but not to me.

This episode represented the peak of my childhood experiences.  The wilderness years were about to start when my cup of milk curdled.

The Follies of Youth in Port Elizabeth

My Rocket Scientist Brother and the Remotely Controlled Gun