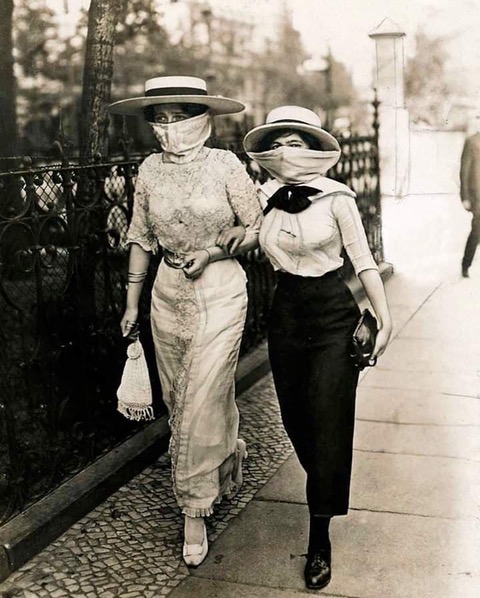 Normally when there is a catastrophic humanitarian crisis, communities and countries unify and coalesce. By doing so, they all not only contribute to sharing the burden, but they also provide solace to those in mourning. Instead, bereft of leadership in both the national and international arenas, responses have become mired in selfish agendas. This is no more starkly evident than in the United States.

Why is this so?

It is my contention that the world is at an inflection point. The inevitability of another pandemic was ineluctable. In reality it was overdue for 50 years. Instead the world experienced a cataclysmic war with an appalling death toll in excess of 50 million. The conclusion of the war heralded the unleashing of pent-up demand fuelled by an American industrial juggernaut. In this post war period, America single-handedly produced in excess of 50% of the world’s output. In effect, the United States was the China of today except for one difference. They were driven by the beat of a different drum: democracy, free speech and human rights. Certainly, they were not perfect but nevertheless they provided the template and magnet for most of the world. They also served as the bulwark against Communist hegemony.

Wrong side of history

Tragically the United States was on the wrong side of history in Vietnam. Fundamentally the Vietnamese demanded independence from colonial oppression. Prior to WW2, Roosevelt due to his inherent antipathy to colonialism, had backed the aspirations of the Vietnamese people. Instead after WW2,Truman faced a greater threat than Nazism. The ogre this time was Russia and more importantly, its nuclear arsenal. When the former shoe-salesman Truman, declined to assist the freedom aspirations of the Indochinese, but rather provide support for the South Vietnamese, an American defeat was inevitable. With the tail firmly between their legs, they evacuated their troops and left their former allies to their own devices.

Former colonial masters, especially Britain, were to learn the same lessons throughout the world. All through the Cold War, it was American leadership, albeit oft times misdirected, the steadying hand in world affairs. Like a magnet they attracted the destitute, the sick and the unwanted to their shores.

America’s role in the world morphed from isolationist prior to the war to world leader thereafter. American largesse was doled out to its allies in the form of Marshall Aid. Furthermore its share of the funding of many multinational organisations such as WHO and the United Nations was disproportionate to their international rating at the time.

Simultaneously Europe unified under the banner of the European Union with Germany providing the glue in the partnership much like the US was playing in the international arena.

The death Mao in 1976 and the rise of the second generation of Communist leaders in China foreshadowed huge changes in economic direction. The era began with Hua Guofeng as the successor to Mao, but his position was soon eclipsed by the ascendancy of Deng Xiaoping as the paramount leader, in which position he remained at least until 1992 when he resigned from his leadership positions.

The metamorphosis of China conflated with the open trading policy internationally [globalisation] resulted in the suppression of the wages of factory workers across the First World as the vacuum effect of the Chinese factors steadily hooved up jobs across the Pacific Ocean. Nothing could prepare the working class in America for three decades of stagnant pay cheques. Simultaneously the salaries of executives skyrocketed in tandem with the straight-lining wages resulting in accelerating inequalities. Without union fighter cover, these jobs were outsourced with low levels of job security. While executives lived the Life of Riley, the lower classes with the least resilience to economic woes, were left without pension and medical benefits and base wage increments barely equal to inflation.

The eighties in the USA was also an inflection point politically. It was the era of Ronald Reagan with his self-deprecating humour and bon vivant mannerisms which enraptured the ascendant Republican Party. An adherent of supply-side economics as advocated by Milton Freidman whose book Free to Choose was the must-read book of a generation. Like all ideologies, this one too had an expiry date. Concurrent with this was decline of American exceptionalism and American leadership. An underground right-wing movement was infecting the working-class whites and trailer park trash who resented the influx of immigrants, especially the Latinos. The taproot of that disaffection can be traced back to Newt Gingrich and his cohorts whose maxim was ideological in the extreme and invoke the sentiment of victory at all costs. These elements coalesced into the Tea Party, an irredeemably right-wing faction which never countenanced political compromise.

During the Obama era, the right wing grew more tentacles and one of those was a malcontent, in spite of his alleged huge wealth, a person who represented the antithesis of Obama in his inarticulate manner of speech as well as his leadership style. Brash, opinionated, self-centred, a bully, bigoted as well as a trove of other negative character traits. These characteristics of Trump had been evident for two decades to those who were appalled by his gigantic ego. Yet despite a vicious ad hominem campaign and his opponent, Hilary Clinton, still beating him by 2.5 million votes, Trump was elected president. How could a non-card-carrying member beat all his Republican party opponents and Hilary Clinton? In the former case it was the vacillation of the Republican party leadership not endorsing one candidate. Instead it went down to the wire with two candidates against Trump. With the anti-Trump vote split, the stunned Republican Party endured a moment of reflection. They had unwittingly permitted somebody who did not encapsulate the same ethical behaviour as themselves to be elected President. It must have been intolerable for the religious right that Trump’s victory undermined their maxim that only true believers should be elected President. Instead they had supped with the devil and found it tasty. As regards beating Hilary, this is a consequence of the electoral system. This distortion is especially marked in the Senate elections in which the large states which are typically blue party ie Democratic Party states, have the same number of senators as tiny states.

A Disaster waiting to happen

Early on in his presidency Trump displayed what happens when a maniacal egotist is promoted or appointed. Their opinion is the only opinion that matters. Advisors views are not sought or when given an opportunity to express their considered views, they were instantaneously ignored or rebuked. Decisions were taken on a whim without contemplation, consideration, or discussions with his advisors. Like dictators such as Stalin or Hitler, they consulted their “gut” or intuition. Also like them, only the sycophant was acceptable. Anything less resulted in dismissal. It is excruciating to watch the Vice-President, Mike Pence, slavishly genuflect in such a toadying manner.

Concurrently with an unstable President, American politics is riven into antagonistic factions where consensus does not abound. Politics trumps (sic) facts and rationality. Facts are stigmatised as fake. Instead of facts being weighed and appropriate decisions being made, and lessons learnt, the fact checkers are denigrated and castigated. In the resulting miasma of deceit, lies and mendacity, politics and not facts reign supreme. Professional supposedly non-political managers are disposed of for not kowtowing to the party [read Trump] line. Every person who has contradicted Trump has been fired, destroying careers, and cowing the next generation into sycophantic behaviour.

What the coronavirus pandemic has illustrated is that the whole world is suffering from a deficit of world leadership. With Trump, the America Idiot in charge, no world leader would march to his drumbeat for that beat reflects Trump’s irrationality, arbitrariness and lack of a musical ear [read lack of EQ]. As somebody who staked his claim to fame as a “transactional leader” ignorant of the human and emotional toll that his decisions brought forth, his nocturnal situation reports at the White House and the regular tirades against the fake news press, is contrasted vividly against the nightly report backs by the governor of New York State, Andrew Cuomo. As opposed to Trump’s inarticulate reading of the script and his unemotional presentation, he provides solace to a traumatised state.

Exemplifying this is when a CNN reporter asked Trump what message he could provide a fearful population. Instead of using it as an opportunity to embrace the country, he castigated her. What the population required most, Trump with his me-first attitude, was unable to even attempt to provide: solace. Cuomo, on the other hand, provides the hard facts without minimising them whilst empathising for the lives lost. Is that not true leadership?. Not sugar-coating the facts, blowing his own trumpet, but commiserating with the loss of life. By nature Trump is a flagrant narcissist with sociopathic tendencies without a shred of humanity.

If Trump could find the humanity and reflect on the nation’s sorrow and grief, he might become the “war leader” for which he so desperately wants to be acknowledged as.

Instead for most people, except the loony right in the USA, his antics will forever burnish his moniker as The American Idiot.

Technically this paragraph is unrelated to the content above but I found it fascinating as Clem Sunter has expounded, very correctly I concur, with what the possible scenarios can be exercised

Renowned for his high road and low road approach to South Africa’s transition to democracy, Clem Sunter has once again used metaphors to encapsulate the essence of the options facing all countries in dealing with the menace of COVID-19:

Saving a person suffering from Covid-19

Should the wearing of masks be imperative for all?