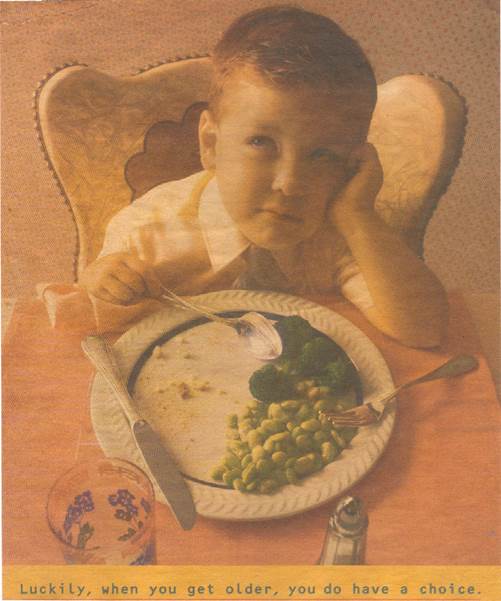 This is another episode in his Vignettes of Youth series whereby he recalls the quirks and oddities of life in Port Elizabeth during the 1960s and 1970’s when life was far simpler but discipline was more stringent. No doubt psychologists reading these sketches will be aghast and wonder aloud why our generation was not more ill-adjusted due to the trauma inflicted upon us by parents who did not appreciate the wonders of slothfulness, indolence and the permissive society.

Indignities such as having to walk to school by ourselves from age 6 were formative experiences. Having my first caning by the headmaster at age 8, was a sobering experience even if I was mis-identified as the culprit in a boxing fight. No summons was issued against the Head Master of the Hurbet Hurd Primary School – Mr Emmerick – “Bucket” to us – or to the Cape Education Department. Instead one wore such “traumatic scars” as a badge of honour, as having crossed one hurdle. Moreover spending a morning on the beath without adult supervision or being tethered to one’s parents by a cellphone, were socially appropriate. One’s parents would never have been admonished for their lack of parenting skills and reported to the Welfare Department.

Undoubtedly it was a tough life, but we survived. And were probably more well adjusted for the experience.

My parents grew up in an era when you ate whatever was put in front of you no matter how repulsive.  Like all kids, at a certain stage I became pernickety about my supper and, again like all kids, it concerned vegetables.

Main picture: Decades later, I came across this advert for MNET. That was me. He even looks like me. All that was missing was the radio

Mom wasn’t a great cook but she could do a mean roast leg of lamb which was our Friday night special.  We kids got turns every week to chew off all the lovely bits that were left on the bone – yummy.  There were lots of fights about that.  The roast potatoes were the best I’ve ever eaten.  I’ve tried to emulate them, but I’ve never got it right.

Perhaps the secret was in the dripping.  There was always the white enamel bowl in the oven which was regularly topped up with any new fat renderings from various meats that Mom fried and the fat from each roast was poured back into the bowl.  It would be topped up every now and again with a fresh block of dripping.  After an indeterminate amount of time it would eventually be thrown away and a new pristine lot was started.  When times were tight, that dripping served as our butter.  (Note for the younger reader: Yellow margarine was banned in SA until 1972 but white margarine was allowed for cakes and the really poor.)

Unfortunately economic strictures meant that the leg of lamb was eventually replaced with a roast chicken which was a sad day.  The roast potatoes, however, were still delicious.

At some stage I picked up an aversion to vegetables.  A more modern and gentler child-centered psychological approach would have allowed me latitude to explore the culinary world at my pace.  Unfortunately, Dad was made of sterner stuff and insisted that I finish my food, no matter what.  More unfortunately, I was made of sterner stuff too and the result was a gigantic contest of wills on nights when particularly cauliflower and cabbage were served.

I must digress a bit.  We always ate in the kitchen while the dining room was like Granny Dix’s sitting room in that it was reserved for the visitors that we never got.  The table was shoved against the wall, splitting the stove from the sink area.  Dad sat at the head of the table and Cheryl and Mom sat on one side.  Dean and I sat on a bench on the sink side.  For whatever reason, I was placed next to Dad and could thus be held under close observation.  If I whinged too much, he could klap me without getting up.  Dad’s transistor radio took pride of place with him at the head.  We were the most well informed kids on the block and always knew what the weather would be like the next day:

On bad nights when the plate was full of unidentifiable bits it would be purgatory.  Supper for me could last over an hour in a contest of wills between Dad and me.  I normally lost but at least I got to listen to a lot of radio.

A small silver lining was that Mickey slept on a bunch of smelly blankets under the bench.  Unfortunately, his food tastes were similar to mine and would not touch Mom’s cabbage.  However, if Dad got up for a while, I would hastily transfer food to the folds of his blankets.  Mom tried to help by giving me less of my hated veggies, but she couldn’t make it too obvious.

Mickey the dog given to us when the Sayers emigrated to New Zealand. Mickey was Blaine’s unwitting partner in crime

I forget how many years this situation continued but it got so bad that I would start asking Mom from mid-afternoon what we would be having for supper.  If it was to be macaroni, the afternoon would be blissful innocence and fun (quite often these concepts are polar opposites in boys).   If not, I would rearrange Mickey’s blankets to make useful little disposal pockets.  I suppose I should be grateful that God hadn’t invented Broccoli by the 60’s otherwise I would never have made it through my childhood.  I would still be sitting at that table with Mickey long gone.

By the age of 20 I outgrew my food prejudices by leaving home and I could proudly proclaim that I did in fact eat a wide range of veges as long as they were first processed by an animal. 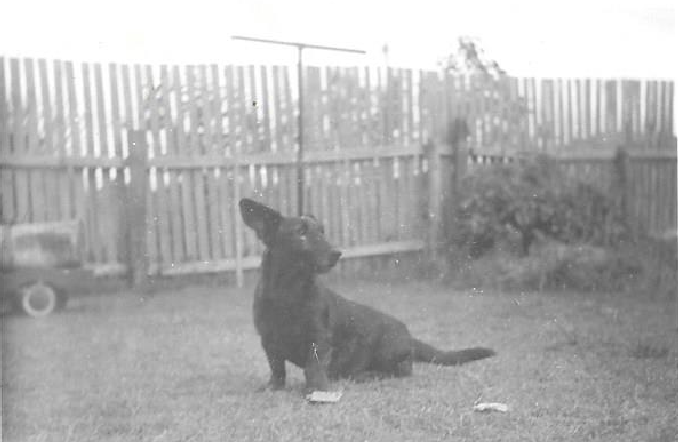 Tookels in 1958. He used to love going fishing with my father. Once he almost drowned during a tussle with an octopus. This episode did not deter Tookels from doing his own fishing in pools at Schoenmakerskop

Decades later, I came across this advert for MNET.  That was me.  He even looks like me.  All that was missing was the radio. [See Main Picture]

Child Labour: Reach for the Sky with a Tractor

The Follies of Youth in Port Elizabeth

My Rocket Scientist Brother and the Remotely Controlled Gun