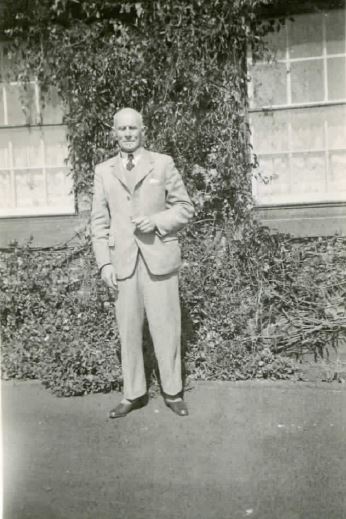 Now faded in the mists of time, the Bondelswarts Rebellion of 1922 is a mere footnote to the history of Southern Africa. In the early years of the 20th century, the whole of the area was in tumult. South West Africa was captured by the South Africans from the German colonisers in 1915. With South West Africa now controlled by South Africa in terms of a League of Nations mandate, the khoikhoi peoples of southern SWA were also restive.

This series of blogs covers the first-hand account of a South African Police Force officer, John Dunn, who was involved in the suppression of a rebellion by the Bondelswarts people in southern SWA.

In Part 3 of the series, John Dunn provides his personal reminiscences of Port Nolloth and the trip to Steinkopf.

We found Port Nolloth to be a quaint, dreary little place with a few corrugated iron dwellings built on the slopes of sand dunes. It owes it origin to copper having been found in large quantities at Okiep, some distance inland. An immense wireless station, built by the Imperial Government, afforded considerable interest. In those days – 1922 – the Port boasted a large cray fish canning industry, a coastguard station, a church and an apology for a licensed hotel – the latter definitely an asset. 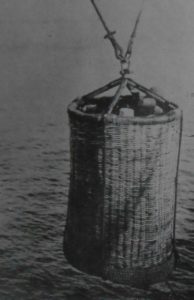 Basket used for raising passengers to the pier at Port Nolloth

During a stroll through the town, many well-dressed people were seen. Surely the few inhabitants were not celebrating the arrival of so large a ship. But seemingly, the tiny town had become gala-minded for the occasion and was attired in its Sunday best. There were a number of people outside an abode’s scared edifice which hadn’t the slightest pretention to architectural splendour. I had the temerity later to peep curiously inside and I well remember my emotion as the fresh morning sunlight streamed through open windows on the bowed heads of a motley congregation in reverent devotion. We stayed at Port Nolloth for two days getting ourselves and the animals into shape before moving off into the interior.

The Cape Copper Co., which originally exploited the mines at Okiep, built a short spur of a narrow-gauge railway from the port to the mines, a distance of approximately 66 miles. In a way this railway is unique. For 33 miles, the gradient rises to an altitude thousands of feet above sea level and for the remaining 33 miles, there is a descent back to sea level again.

A tiny, but obviously powerful engine puffs on its way through desolate country for 33 miles, trailing its own water supply in tanks, for, with one exception, there is no water en route. The mechanism of the engine, including the pistons, so familiar to the eye on an ordinary engine, is enclosed in a casing of steel to keep out sand which, on a windy day, would rapidly clog the works and bring the train to a standstill. Some 8 or 9 miles from the crest of the rise, the gradient is so steep as to necessitate the coaches being divided into two sections, sometimes three. When the engine reaches the summit with the first section, it is put in behind the detached carriages, giving them a shove. With a brakeman in charge, away they would go under gravity for the remainder of the journey. The engine returns the eight odd miles to repeat the process with the next portion, the last section only arriving at its destination with the engine. 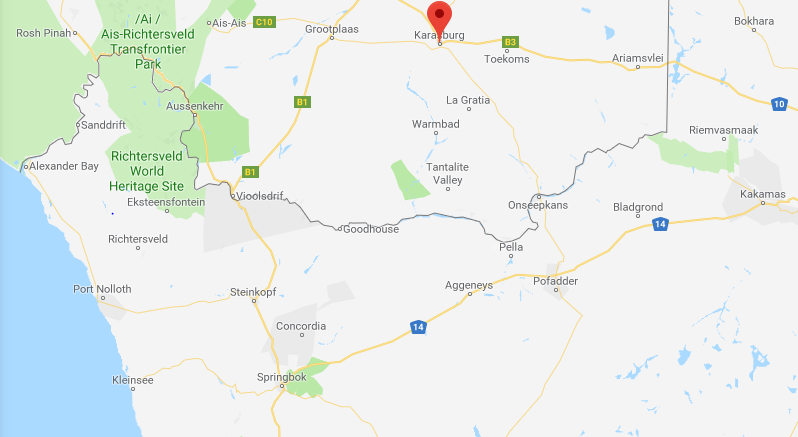 It was while on this journey that I met the administration official previously referred to. He imparted news of the Bondelswarts tribe which was of considerable interest. In his considered opinion, the government was partly to blame for events which led to the rebellion, pointing out the many disabilities from which the impoverished tribe were suffering without redress. He was most interesting and informative in every way.

Ahead of us lay the little-known arid slice of the Union, the almost waterless copper districts of Namaqualand, practically unexplored. 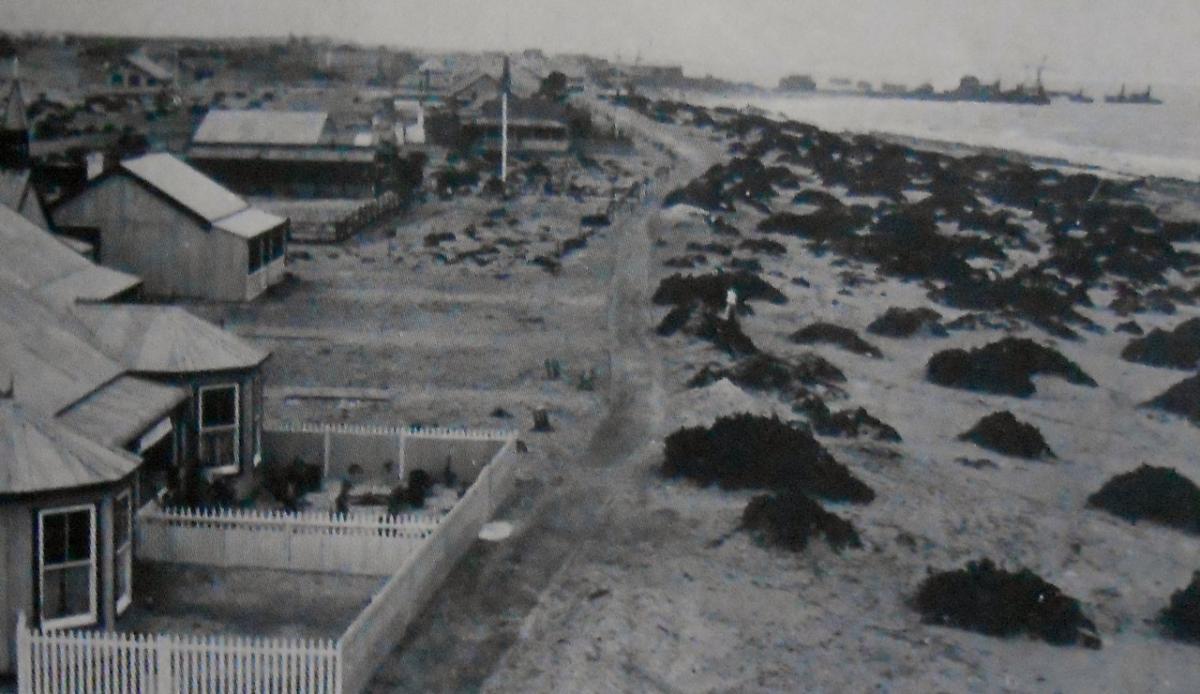 Steinkopf, a small village on the railway line to Okiep, was selected as the base of operations for the Squadron. It was a dismal hole. With the exception of a pack of half-starved mongrels roaming around, and a few fowls so poor that they could scarcely walk in the wind, there was nothing to be seen from day to day. The many hills in the vicinity were covered with a coating of mica, and in sunlight have the appearance of mountains of gold, the effect at times being amazing.

The first thing noticed upon arrival, were two very tall masts rigged up by the wireless details who left Port Nolloth immediately after they landed. It was the Squadron’s only means of communication with the outside world. By this means, friends and family in the Transvaal who had read in the news of the terrific storm along the coast, were relieved of anxiety to learn of the safe arrival of the ship at Port Nolloth.

Demonstration patrols moved out from time to time, scouring the country almost to the mouth of the Orange River. We heard fantastic tales of mountains of copper to be seen in those parts, but unworkable owing to the absence of water, which is the curse of Namaqualand. 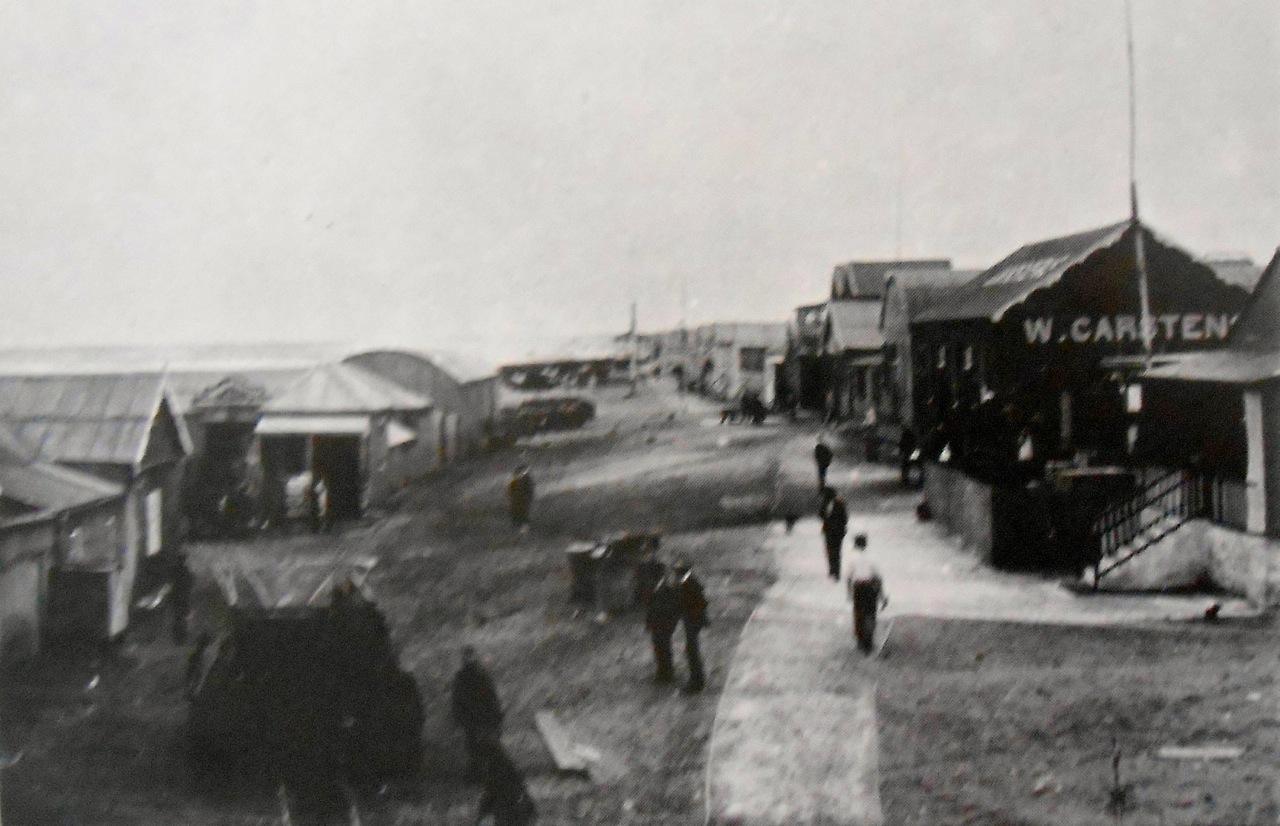 Water at Steinkopf was at a premium. Indeed, it was courting serious trouble if one was stupid enough to attempt to steal it. It must have been a costly proposition for the government to maintain so many animals and men temporarily stationed in that almost waterless district. Washing one’s clothes and one’s body was taboo. It was less costly to wash it with beer. In such an environment, it is not difficult to understand why government officials detailed to live in such places for any length of time, have been known to lose their reason.

It was while the Squadron was at Steinkopf that two senior airmen flew from Goodhouse, near Raman’s Drift on the Orange River, with the news that during a journey into the Protectorate, a few Hottentots had been successfully bombed in the hills and that among the casualties was the notorious Tom Morris. With the death of their chief, the rebellion was practically at an end. As a consequence, the Squadron’s mission had been in vain. 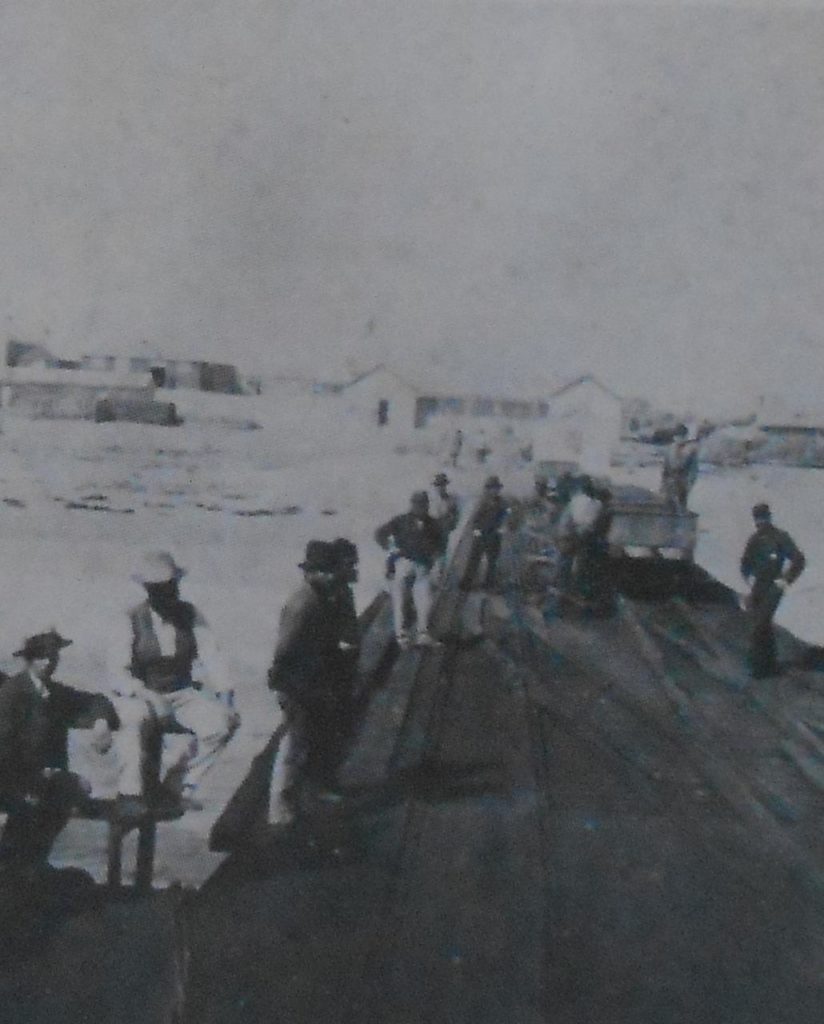 The fact that a couple of planes can so effectively quell a rebellion clearly indicated that, as far back as 1922, prolonged native warfare had already become a thing of the past. Incidentally, this was fully borne out at Bulhoek about that period. A goodly number of religious fanatics, who thought that they were being led by Jehovah, refused to quit certain Crown Lands. It needed only one plane at Bulhoek to disperse them where the presence of hundreds of armed police had failed.

The arrival of aircraft at Steinkopf was impressive. Two huge machines gliding out of the blue like immense birds occasioned a miniature stampede among the few domesticated Hottentots, who had never an aeroplane before. As the plane circled nearer and nearer, the plaintive drone of engines, and the unbelievable spectacle of two such fearful birds, scared the Hottentots stiff. They became panic stricken, wailed mournfully, and beat the ground with their heads and the palms of their hands, as though the end of the world was nigh. Then, as if on a given signal, one and all, most of whom were in the nude, rose from the ground, speedily collected their babies, and ran shrieking into their grass huts. They were not seen again until the machines had departed.

Loud rejoicing greeted orders to break camp and move overland to the railhead at Kalkfontein in the South-West Protectorate, homeward bound. Visions of a hot bath ahead tended to accelerate the packing of stores and supplies.