This document serves as a record of the basis upon which the McCleland’s peerage rights were obtained. From a purely historical aspect, this document serves thus as an important family document. Notwithstanding that fact but more as an interesting point of speculation is the matter of the vacant peerage. For some 200 years, it has been vacant with nobody making a claim to the title of Lord Kircudbright.

The full document with related annexures has been included in this blog for posterity.

Even though the McCleland classify themselves as being of Irish extraction, they are in truth more Scottish than Irish. For the most part, the McCleland’s history whilst settled in Irish was less illustrious than that whilst citizens of the nascent Scotland. In truth little is known of the lineage during the Irish years. There is even scant knowledge of the Reverend Francis McCleland’s grandfather and great-grandfather.

How the McCleland peerage was earned

Whilst reading the events recounted in the Kirkcudbright Document  one must be cognisant of the fact that their world in the 15th century was vastly different from ours with clans and fierce feudal fighting the norm. Forget the romantic notions of elegant castles, green pastures and water laden clouds. All of this might have accurately captured the physical elements but rather envision a society where treachery, fratricide and even regicide ran rampant. Such was the world of the McCleland’s – or more correctly the M’Clellans – of this era. 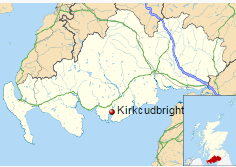 The M’Clellan story takes us to two castles, the ruins of which stand today on the wild peninsular of Galloway, the southernmost point of Scotland. The first is the Castle of the M’Clellans whose ruins dominate the once bustling port of Kirkcudbright which is situated on the River Dee.

Some miles up this river stands the ruined Threave Castle which was the headquarters of the Douglas Clan. The story begins in 1452 with Sir Patrick M’Clellan, a prisoner of William Douglas, Earl of Galloway.

He had been betrayed by a member of his garrison and was being held in the gloomy Threave Castle built a century earlier by Archibald the Grim, the third Earl of Galloway. 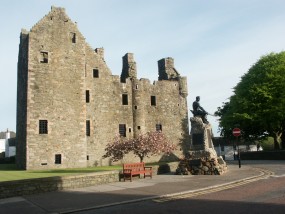 Sir Patrick M’Clellan was no ordinary prisoner. He bore two important titles. As the last heritable Sheriff of Galloway and royal representative in the country, he held wide civil and political authority, and as Tutor of Bombie, he was entitled to raise and lead his own garrison.

The reason for holding such a powerful man prisoner was that the Earl Douglas wanted to usurp the throne of Scotland. Sir Patrick M’Cllelan had refused to join Earl Douglas and others in a secret cabal to overthrow the king. 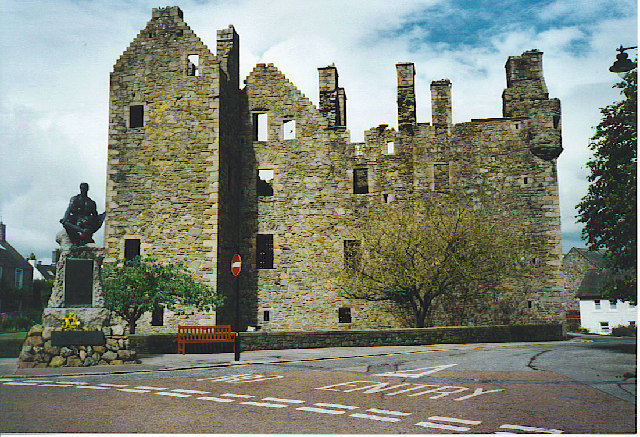 King James of Scotland attempted to intercede on behalf of Sir Patrick by sending the Commander of his own guard, Sir Patrick Gray, maternal uncle of M’Clellan, to Threave Castle. 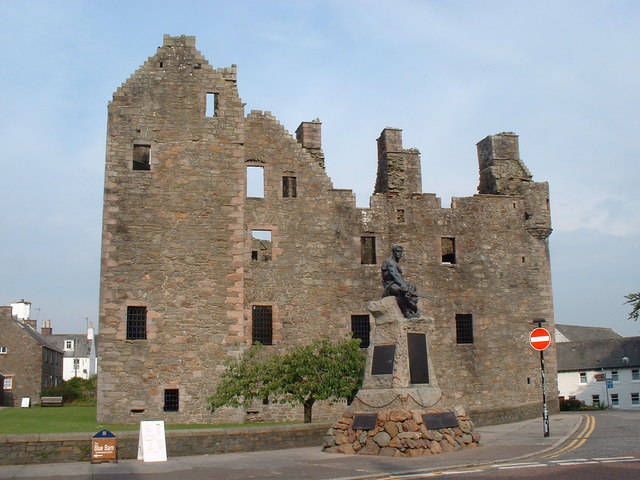 “Alas”, said Earl Douglas, “We have come too late. Here is your sister’s son. Though he lacks a head, his body is at your service.”“My Lord,” replied Patrick Gray, “Since you have taken his head you may take his body also,” and mounting his horse, galloping from the Castle calling, “If I live, you shall pay dearly for this day’s work.”Sir Patrick Gray did live but was lucky to escape with his life as Douglas’ men pursued him some eighty miles to within sight of Edinburgh.

The feud with Earl Douglas over the murder of the M’Clellan chief was continued by Sir William M’Clellan, son of the murdered Sir Patrick M’Clellan. Sir William gained for the M’Clellans their two crests, the first commemorating the outcome of this feud, when Threave Castle was battered down with a giant cannon made by a blacksmith who was one of M’Clellan’s retainers. The siege of Threave Castle was carried out under the supervision of King James who, with Sir William, killed the Earl Douglas. 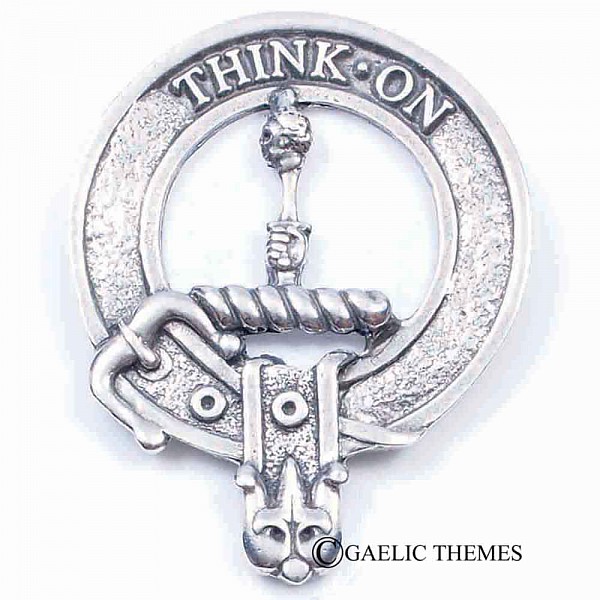 Sir William gained the second crest in the same year as the assault on Threave Castle. It commemorates the recovery of the barony of Bombie from a marauder who had crossed over from Ireland and who was terrorising the people of Kirkcudbright. By proclamation, King James offered the crest as reward to anyone who would bring in the marauder, dead or alive. William M’Clellan assembled his clan and defeated the marauder. He then carried the head to the King on a sword and bade him “Think on,” the King having at first forgotten his promise.

The resulting crest has a head impaled on a dagger drawn on it with the motto, “Think on.” It is a bloody crest to have descended to a priest. This crest creates the strongest link between the Reverend Francis McCleland and the old sheriffs of Galloway. 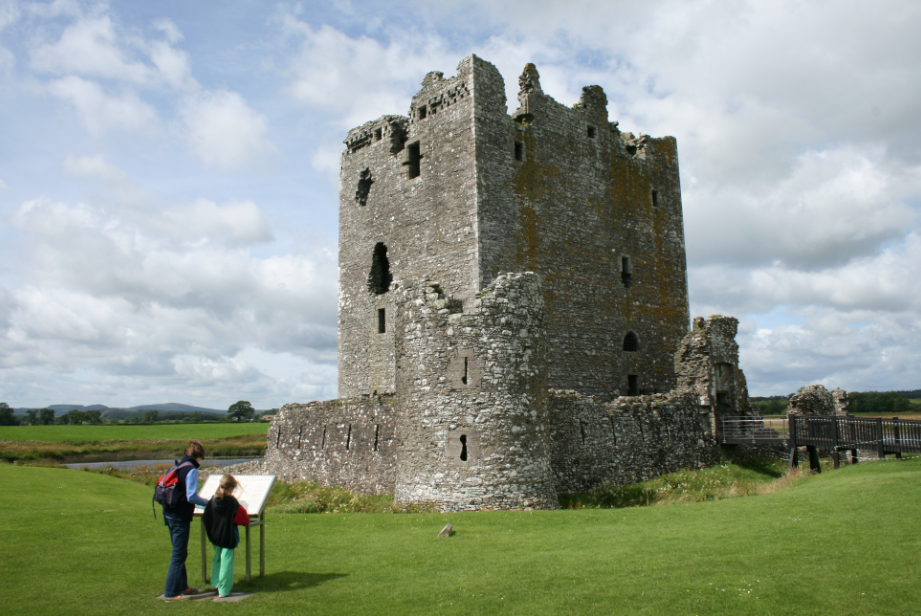 Seven generations after the murder of Sir Patrick, Sir Robert M’Cllelan brought the title of Lord Kirkcudbright into the family. He belonged to the royal households of James I and Charles I of England and Scotland. As “gentlemen of the bedchamber” to both these Kings, he was knighted by James I and then created a peer of Scotland on the occasion of the coronation of Charles I of Edinburgh.

The title of Lord Kirkcudbright is hereditary. It has been held by ten members of the family, passing from father to son, to cousin and to nephew as when the first Lord Kirkcudbright had no sons and the title passed to his nephew Thomas, son of his younger brother, William. 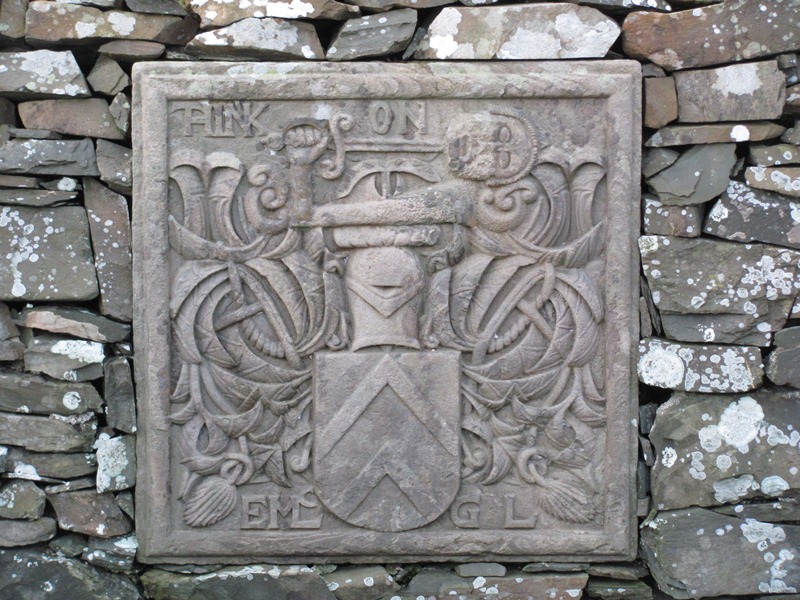 The tenth Lord Kirkcudbright, Camden Gary M’Cllelan died on 19th April 1832 without a son to carry the title. It was not known to whom the title should pass and it now lies dormant.

MacLellan’s Castle in the town of Kirkcudbright, southwest Scotland, was built in the late 16th century. It stands in the centre of Kirkcudbright, on the south side of the River Dee which flows into the Solway Firth. The L-plan castle was the residence of the MacLellan family from whom it derived its name. The family sold the castle in 1752, and from 1782 to 1912 it was held by the Earls of Selkirk. 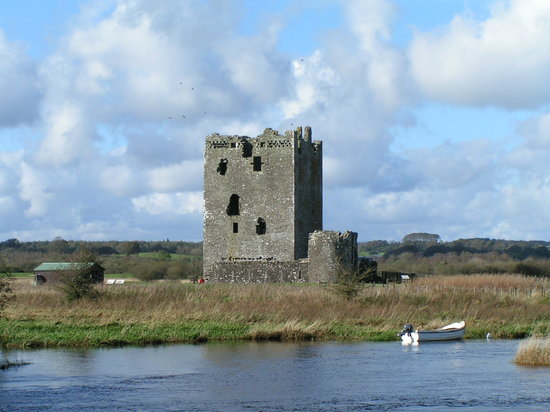 In 1569 Thomas MacLellan of Bombie was given the site of a ruined Greyfriars monastery in the town of Kirkcudbright. The monastery, which was built in around 1455, was demolished leaving only its chapel and on the site an L-plan castle was built. The chapel is now called Greyfriars Church. Construction of MacLellan’s Castle began around 1577, instigated by Thomas. The work is commonly assumed to date to 1582 based on the year being carved into a stone panel above the entrance. Despite never being finished in its entirety, it was home to MacLellan’s descendants until 1752 when it was sold to Sir Robert Maxwell. By this time the castle was in a state of ruin and the roof had collapsed. Thirty years later, Maxwell sold MacLellan Castle to Dunbar Douglas, 4th Earl of Selkirk.

In MacGibbon and Ross‘ 1887 work, The Castellated and Domestic Architecture of Scotland, the authors remarked “the whole building is a mass of ivy, giving it the appearance of a huge haystack, of a green rather than yellow colour”, however they were of the opinion that aside from the roof the building was in good condition. The Royal Commission on the Ancient and Historical Monuments of Scotland was created in 1908 to preserve Scotland’s historic buildings. Several buildings were already under state care, and as part of this growing concern to preserve standing buildings twenty buildings (eight of them castles) were taken into state care between 1911 and 1913. MacLellan’s Castle counted among these – it was handed over to the state in 1912 – and is now under the guardianship of Historic Scotland. 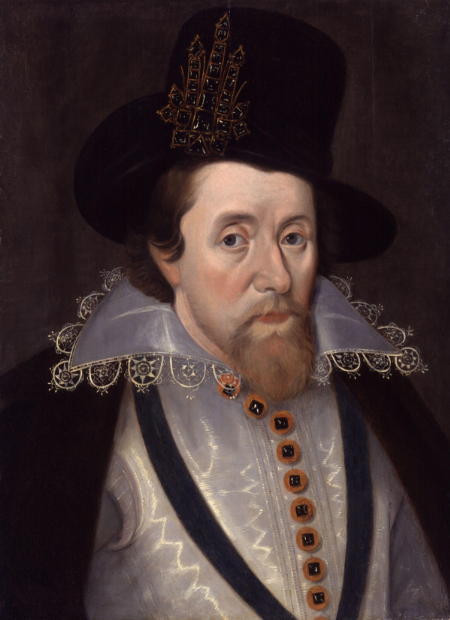 MacLellan’s Castle is laid out in an L-plan, consisting of two wings meeting at right angles. This type of tower house is typical of Scottish architecture and often dates from 1540–1680. One wing runs north–south and the other east–west; they meet in the southwest corner. The simple ‘L’ shape is embellished with an additional tower attached to the southwest corner, and projections on the inner angle where the two wings meet. The four-storey castle has a kitchen on the ground floor and a great hall on the first for entertaining guests. The upper floors most likely provided accommodation. Behind the fireplace in the great hall is a peephole and on the other side is a small room dubbed the “Laird’s Lug” where the conversations in the hall could be overheard. This was not an uncommon feature in Scottish tower houses. 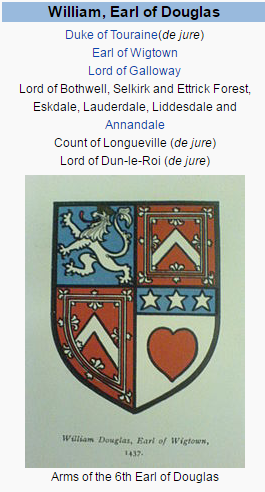 The castle was entered at the inner angle where the two wings join. On the exterior, above the doorway, is a panel divided into three parts. The two lower parts are carved two coats of arms: those of Thomas MacLellan, for whom the castle was built, and his wife, G. Maxwell.

Blogs on the life of the Reverend Francis McCleland

The Reverend Francis McCleland – A Life of Service

Correspondence by Rev Francis McCleland with Colonial Office in London

Rev Francis McCleland: From Passage West to the Cape – 1820