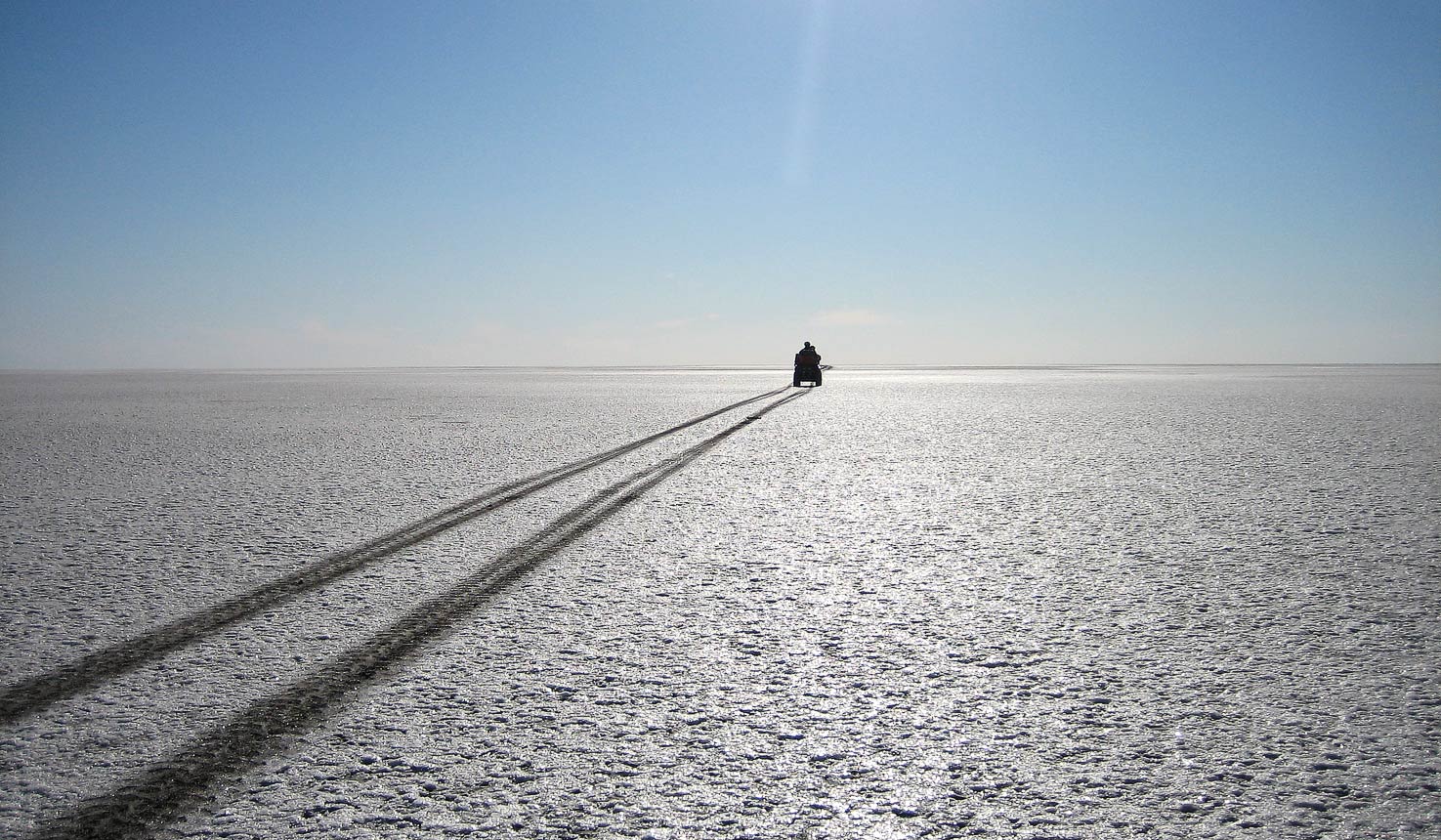 Our first stop would be Makgadikgadi, a vast wilderness of salt pans and rolling grasslands and an ideal stop over en route to the Okavango delta, Botswana.

That night we would not sleep under the stars as there were nocturnal animals that prowled the area. To get a feel of the extent of the salt pans, the next day we drove for hours on it before heading back to the Francistown – Maun Road.

Half way back at least 30kms for the nearest civilisation there was a Peugeot 404 motor vehicle. Three black males were pushing it.  He drove across to assist. On querying what the problem was, they stated in broken English that it would not start. They wanted to borrow jumper cables. So we duly obliged. On opening the bonnet to attach the cables to the battery what did we discover? Not only did the vehicle not have a battery but it did not have an engine!!

We tried to explain to them that the vehicle needed an engine. They then attempted to convince us that the vehicle was working the previous day & that if we just attached the jumper leads to the battery everything would be OK. How was that possible? How had an engine of a vehicle in the middle of nowhere just disappeared?

In frustration at their lack of understanding, we left them there stranded with miles of salt around them. How had they got there? Where were they from?

Then it was a direct route to Nxai Pan across the bush where we would be staying for the night.

Part of the great Makgadikgadi complex, Nxai Pan National Park covers an area of 2 100 sq. kms, and comprises several larger pans – Nxai Pan, Kgama-Kgama Pan and Kudiakam Pan, which were once ancient salt lakes. These larger pans are now grassed, and are scattered with islands of acacia trees, and smaller pans that fill with water during the rainy season – thus providing rich resources for wildlife.

Wildlife viewing is seasonal, and dependent on if and when the rains come, and when animals migrate. There are several artificial watering points. If the rains have been good, December to April is the best time to visit.

The park is one of the more accessible areas of the Makgadikgadi, a mere 50 kms from the Nata-Maun Road.

We pitched our tents some 150 metres from a water hole & made supper. I had brought along a two man tent which would be shared with the son of ten years of age.

As it was a full moon, we had a panoramic view of the water hole. The first animals to hove into view were a family of bat-eared foxes & their offspring. Their overlarge ears protruded from their heads as they frolicked in the moonlight. Next some hyenas came into view. Being more curious, they ambled across to the tents. One struck its snout against the mesh & sniffed. Two inches from its snout was my nose. Being dark inside the tent, he could not see us but he certainly smelt us. As he was outside in the bright moonlight, he was clearly visible. I gazed into his eyes in anguish. A sharp bite & rip & the animal would be inside the tent. The young boy quivered in fear as he envisaged being eaten alive but I could do nothing to allay his fears.

Episodes of Living the Rhythms of a Bush Life

Living the Rhythms of a Bush Life Part 5: Through Moremi to Chobe & Home

Hiking with the Lions in the Kruger Park