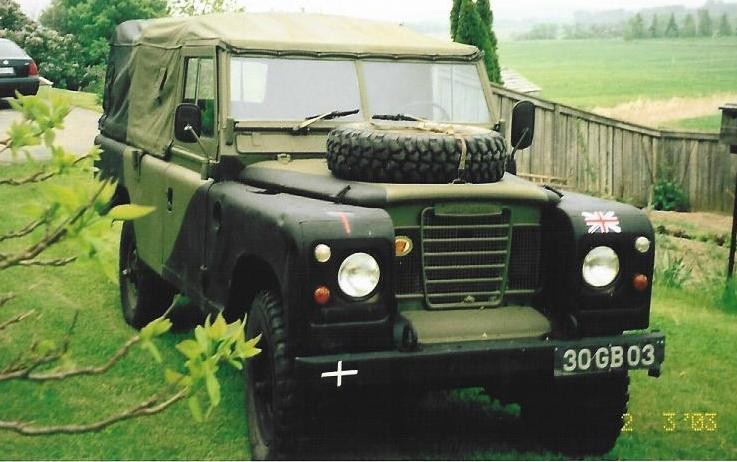 Rob Liemer might have been a Chartered Accountant & my boss at Barlows Heavy Engineering but his two loves in his life were the bush of Botswana & repairing Land Rovers.

Rob’s love of the bush manifested itself in his annual two to three week migration to Botswana. Being an accomplished motor mechanic, Rob did not take the road trip through Botswana but rather the bundu bashing route.

To mitigate the risks, he fitted his long wheel-base Land Rover will 500 litre tanks, water containers & storage bins that contained all conceivable manner of spares imaginable.

It was not so much the bundu bashing & the viewing of the game that made this trip spectacular but rather the fact that we had to adopt the rhythms of the bush. With no watches or alarm clocks, we would wake up when the sun came up , make breakfast in the cool crisp morning air, go game viewing until it became unbearably hot, doze in the shade until the temperature dropped in late afternoon, then have supper before the sun set & afterwards go game viewing again.

The sequence of events was not determined by technology but rather by the diurnal cycle. This together with the lack of personal hygiene meant that we started to blend in with the bush. No deodorants, soap or toothpaste was permitted at all. Every man-made object that created a scent was verboten. We had to blend in with nature in every way possible.

It was the highlight of a person’s life if one cracked an invitation on one of these trips.

Rob, a bachelor in his mid-thirties, lived on a plot in Honey Dew. This suited his lifestyle as he rebuilt ex-Army Land Rovers as a side-line. Ultimately Rob would resign from the corporate world in order to rebuild Land Rovers full time.

For this trip Rob had purchased a decrepit old ex-Army long wheel-based Land Rover six months previously. It was stripped down completely & then rebuilt with the engine being rebored as part of the rebuild. Modifications included the installation of extended range fuel tanks & huge storage bins on the sides of the vehicle.

This was the vehicle that would be used during our bush adventure & would be our home for two weeks.

We duly met at Rob’s house at 5am on the appointed day in early December. The team comprised Rob, his sister & brother-in-law, their two boys, Greg & I.

The plan was to travel through to an infrequently used Botswana border post north of Gaborone but south of Francistown, sleep on the side of the road, then cross the border the next morning.

This would not be a fast trip as the Land Rover was designed for off-road driving & not for speed. The rules of the trip were explained: no watches, no alarm clocks, no washing & no deodorants. The one rule that Rob had forgotten to mention arose as we approached the Lanseria Airport where the engine seized: “We will fix the vehicle ourselves on the spot where it breaks down with the available spares without outside assistance.”

In spite of Rob having a whole range of spare Land Rovers to choose from as replacement vehicles & his house being no more than ten kilometres away, he refused to consider just towing it back home & using another vehicle.

The rules were the rules. We would have to repair the vehicle in situ. Not being mechanically minded, I merely sat under a tree & dozed in the warm December sun while the other 3 guys stripped the engine & eventually removed it. As I periodically glanced up, I saw the guys getting greasier & dirtier as the time went by. Fortunately I had feigned ignorance on mechanical matters. Eventually the offending steel shavings were removed from the oil filter & sump. These were the remnants of the reboring process & obviously had not been removed

All told this process had cost us 4 hours but it formed part of the trip. Apart from proving that all eventualities could be catered for, the guys looked like the proverbial grease monkeys. Rob relented & broke one of his own sacred rules. We drove back to his plot to wash. By 12 o’clock we were on the road again & drove past the Lanseria Airport without incident this time.

It might have been difficult circumstances to work under but it proved to Rob’s satisfaction that we could cater for all eventualities.

That night the tarpaulin was used as joint ground sheet for the six of us. A fire was lit & supper was made. All very primitive but that was how we would be spending the next two weeks. No washing, no showering, we would be following the diurnal rhythms of the bush: wake up when it is light & go to bed when it is dark. Time would not play a factor in our lives for the duration.

One soon realises that much of what we as humans do is culturally & technologically determined. If one does not wash it is not a problem as long as everybody else is not washing either. One does not look, feel or smell dirty until the first person washes.

Episodes of Living the Rhythms of a Bush Life

Living the Rhythms of a Bush Life Part 5: Through Moremi to Chobe & Home