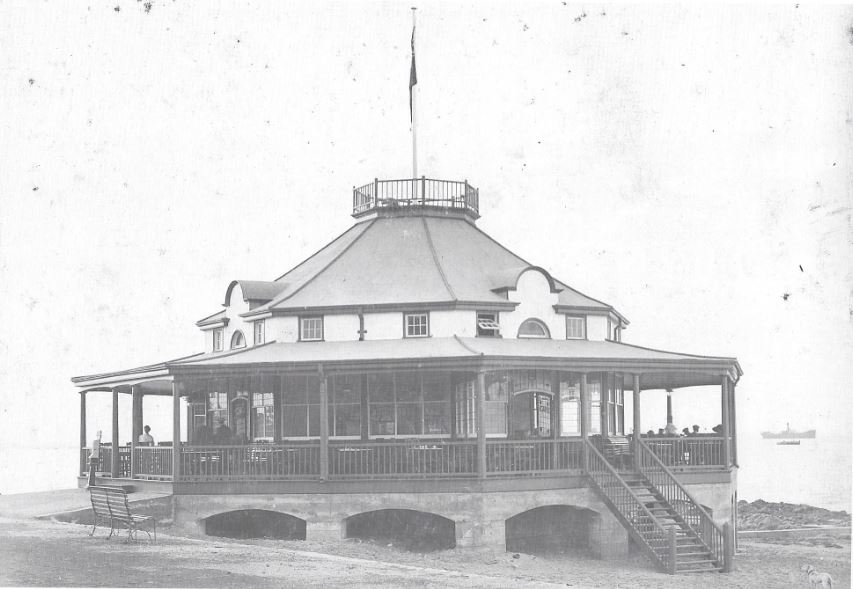 Many of the buildings constructed nowadays have little to recommend them. Being merely rectangular blocks, they do not enhance life through their aesthetic appeal. Maybe this is acceptable for industrial buildings but for structures along a beachfront, the bar needs to be set higher. Two buildings of yore met that criterion: the Octagon Café and the Bathing Pavillion. Sadly both are no more.

Main picture: The Octagon Cafe on the Elizabeth Promenade

Prior to the 1890s, Humewood may as well have been situated on another planet. Even though expansive sandy beaches were located no more than ten kilometres from the centre of Port Elizabeth, sand dunes blocked direct access. Initially the only route was a circuitous one south of the sand dunes. 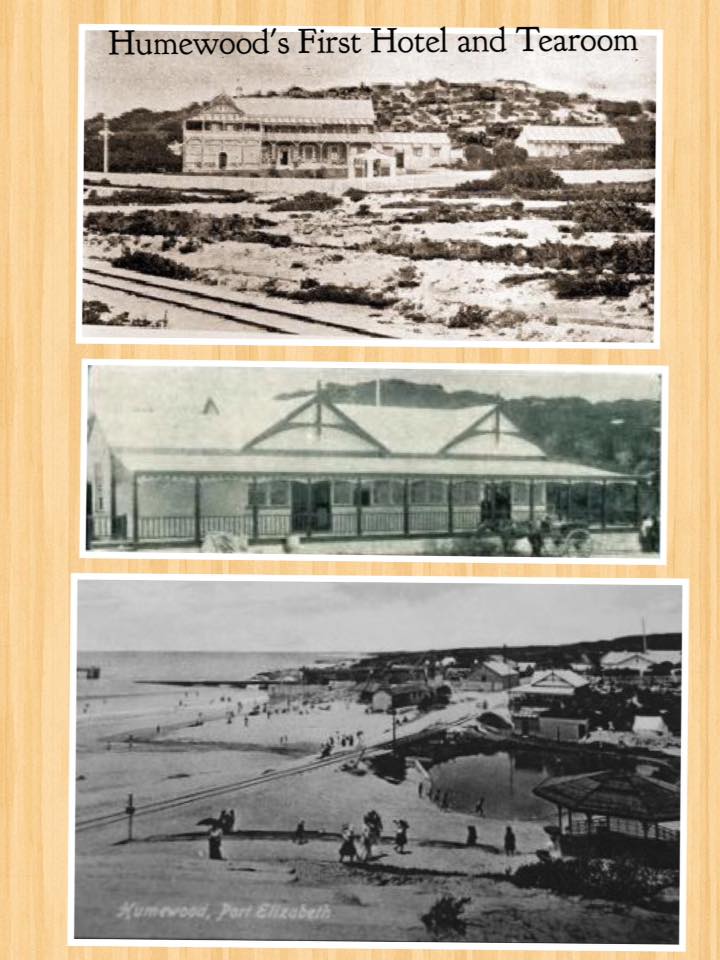 The construction of a railway line along the coast as part of the dune reclamation project, opened up this bathing area. Unlike today when the strip of beach known as King’s Beach is 100s of metres wide, then it was an extremely narrow beach. It was only the construction of the breakwater which resulted in the accumulation of sand against it which created what we know today. 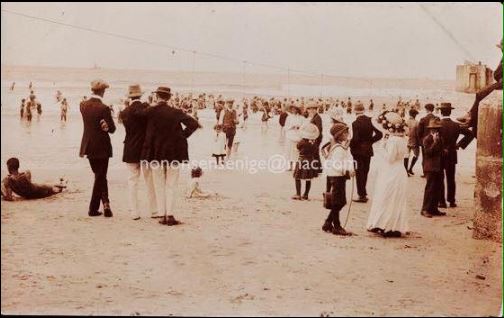 The dress code on Humewood Beach in 1913 when not swimming

In the 1890s, the prime bathing beach was at the mouth of the Sak Rivier, now known as the Shark River.

With access opened, this beach rapidly assumed the role as the mecca of entertainment. The Council duly obliged and over a period of twenty years provided the necessary infrastructure such as a tram service, a bathing house and eating amenities. 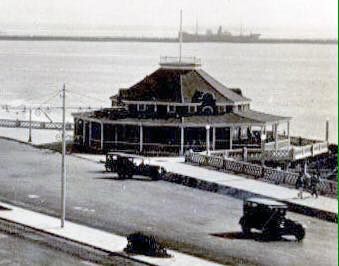 Prior to 1913, Humewood did not possess an elegant cafe as the one operated by Robert Cells did not meet that standard. April 12th witnessed the opening of the Octagon Cafe. It had been designed by A.S. Butterworth and was owned by the Municipality. The concrete went down to bed-rock. The forty foot diameter cafe could seat 400 people and consisted almost entirely of leaded light glazing. 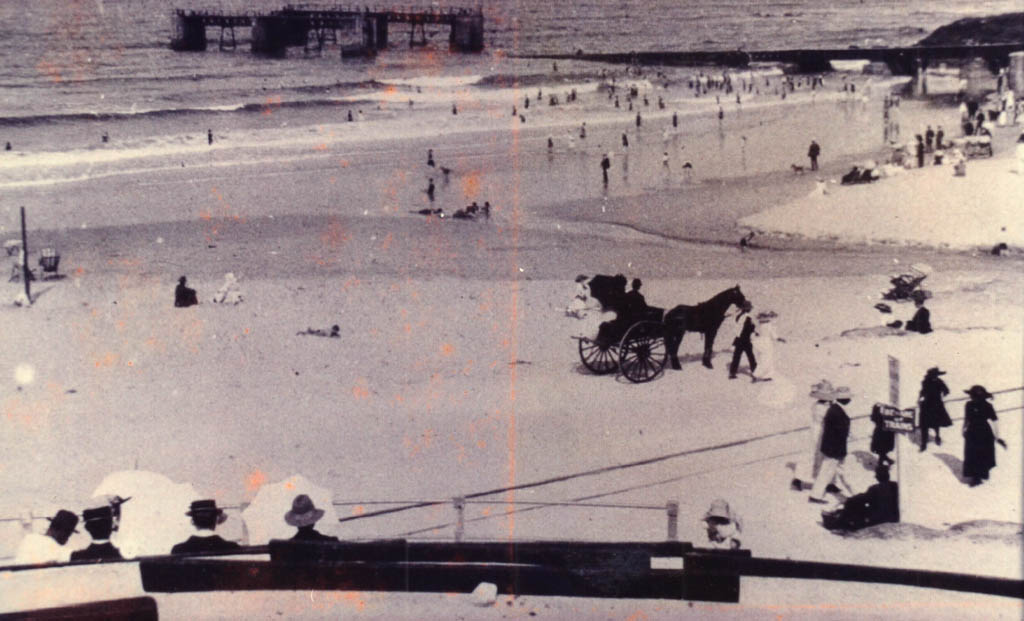 Even the horse and carriage could go ride on the beach.

While the Octagon Café might not have been equivalent to an Opera House, it certainly eclipsed the initial Café in elegance. Secondly it overlooked the sea as it was perched onto what was then known as the Elizabeth Promenade.

The structure of the Octagon was neither durable nor easy to maintain. By 1941 it was deemed to be “an eye-sore”. Consequently, in 1942, it was demolished. 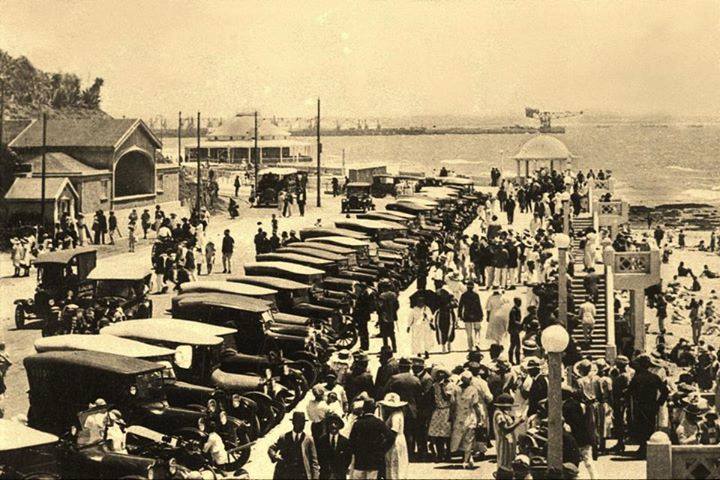 Octagon Cafe in the background

During this initial period, there were two intractable problems which to resolve when deciding to go for a swim, not least of which was suitable attire. As swimming was an ad hoc activity, much like ice skating is today, swimming apparel did not feature in the populace’s wardrobes. Apart from that, until one reached the beach, few parts of one’s skin could be exposed as this was classified as “indecency”. That meant travelling travelling to the beach in collar and tie, as many photos of the period can attest. Changing facilities were urgently required. The Council also obliged in this regard in 1913. 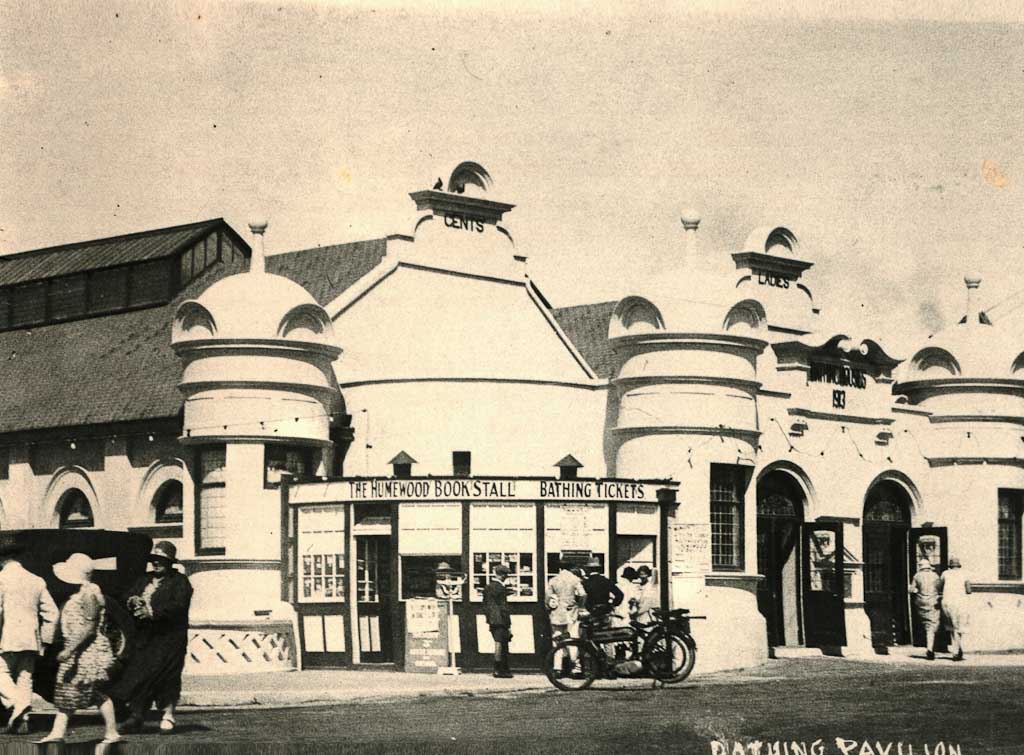 1913 also witnessed the commencement of construction of the Bathing House on the southern bank of the Shark River and the demolition of the existing ladies’ bathing house. On the 4th July 1913, the foundation stone of the building was laid by the Mayoress Mrs. A. W. Guthrie and on 6th December it was opened by the Mayor, presumably a Mr. Guthrie. The building was designed by A.S. Butterworth and built by Kohler and Sons. It had a concrete foundation based on rock. Whereas the foundations were indestructible, the structure was not. After damage sustained by a raging Shark River after the 1968 floods, it had to be demolished. 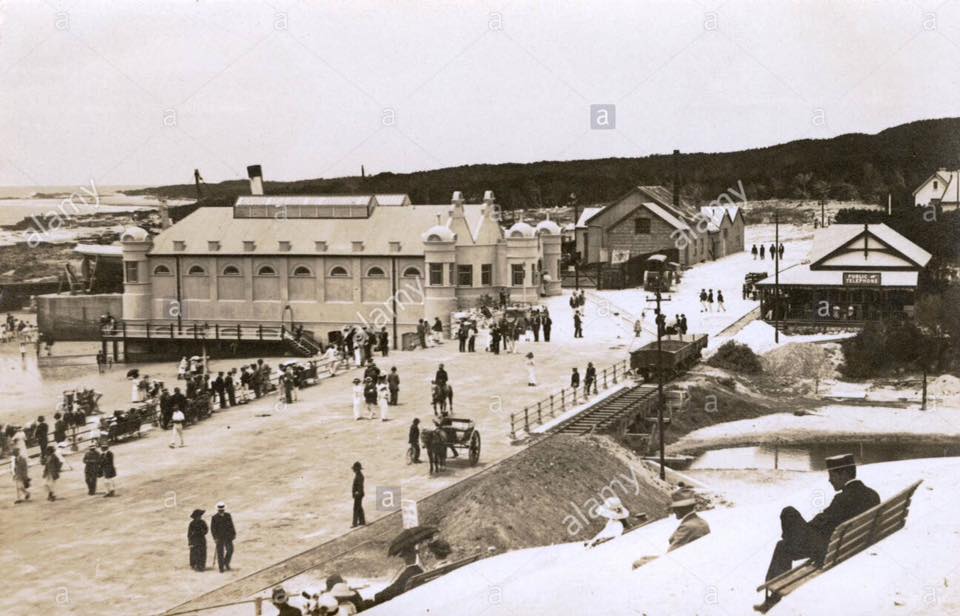 The architects applied some imagination in its design. Pictures of this building reveal scalloped protrusions providing an otherworldly look.

The bathing house was carpeted with grass matting which allowed one to view the waves coming in below through the gaps in the floorboards if the tide was in.

Port Elizabeth of Yore: The Changing Face of Happy Valley and Humewood Beach

Port Elizabeth of Yore: The Railway Line to Humewood and the Driftsands