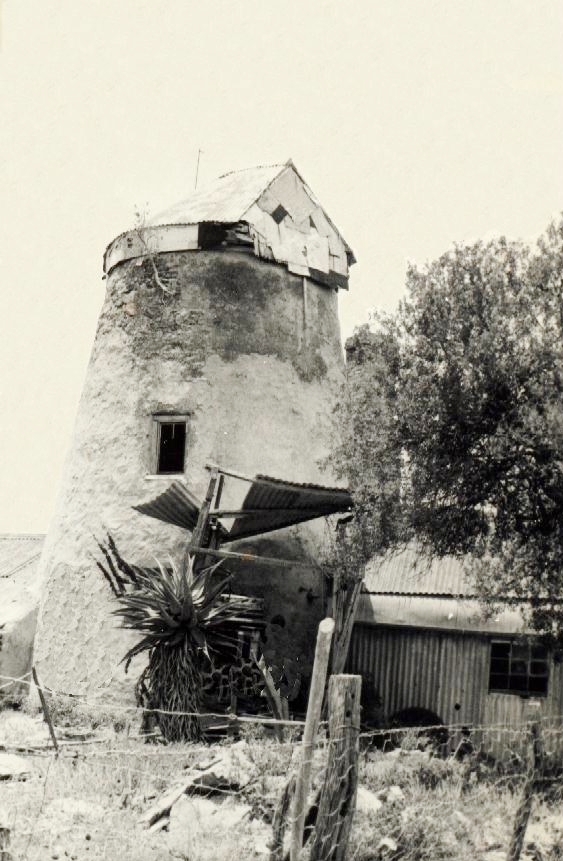 Mill Wheels Grinding.  {aka Yenta searching for mills- like any good Jewish Donna Quixote would do} even if she has to scrabble amid the goggas.

I came upon, {bit Alice in Wonderland hey?} this rather sad mill in 1998. Travelling though the backwoods of Trappes Valley, and ‘Englishy’ railway station some 25 kilometres from Port Alfred, heading west. What attracted me, was a scorched looking tower sticking out above the trees. It had apparently burned down in 1970.

Tog. Burnt out house, rubble lying everywhere, half-finished mill stones. Giant rocks, that would have day been wheels. It was sad, yet interesting. One could feel the ‘industry’ that would have been in this yard. There had been a home and mill here. 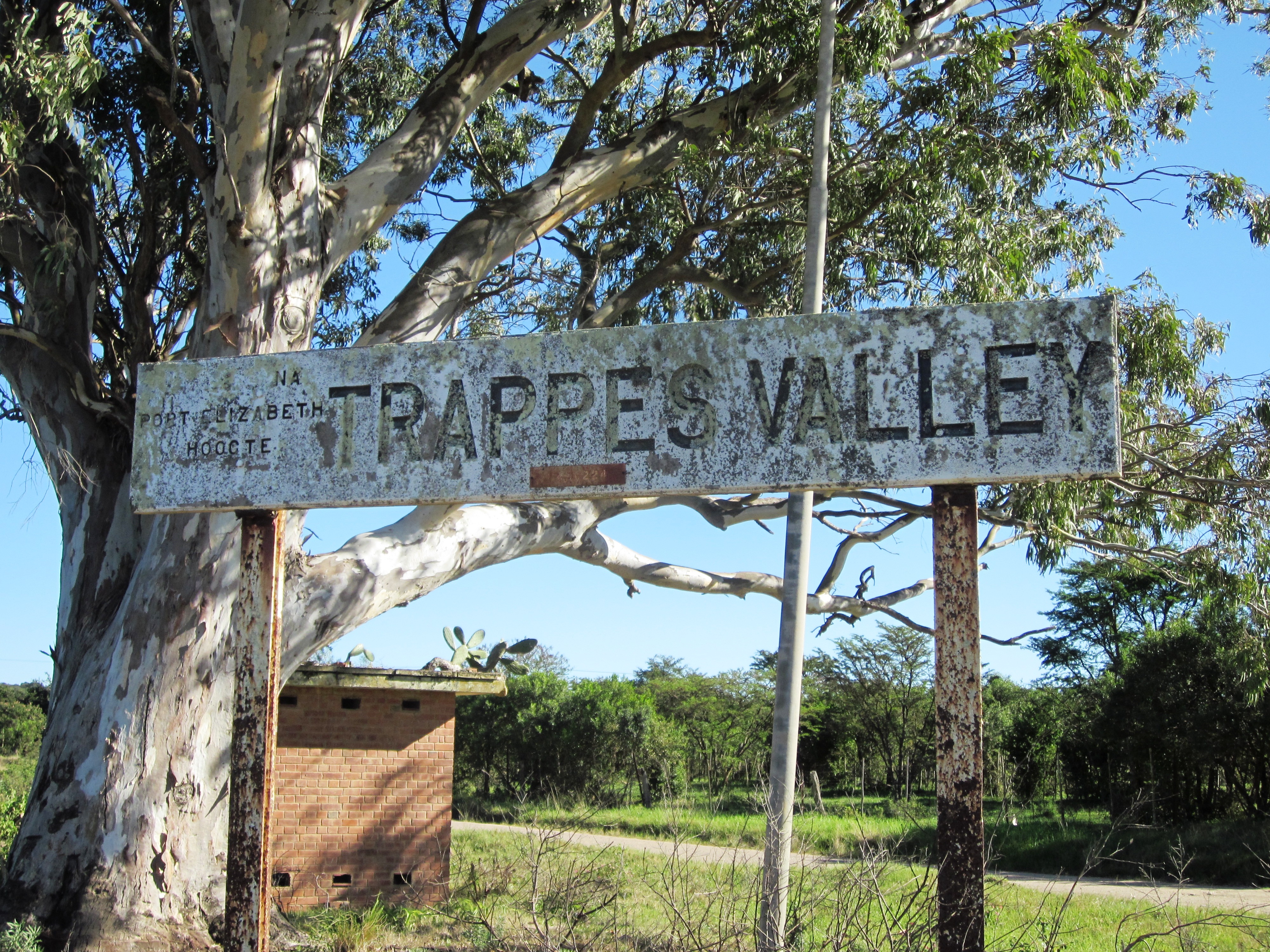 Story goes, that honey-bee-seekers tried to smoke the insects out, and accidently set fire to the building, and ran away. Naturally.

This mill was not a grist in the true sense, although it had the big stone grinding wheels inside it, it had no side-wooden-wheel, no water wheel, and no blades, as a windmill, it was run on steam, which was pretty innovative in 1831. 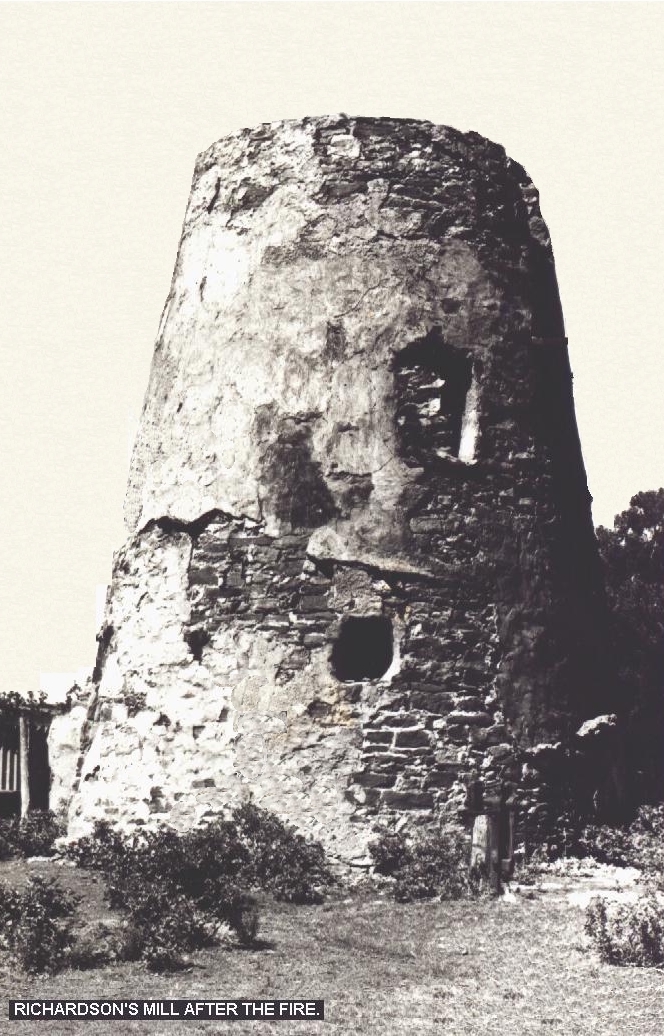 Built by the settler Stephen Gradwell, in 1831- he sold to Thomas Foxcroft in 1844.  He lived there for many years. Then, William and Joseph Wright bought from him, in 1852, and lastly 1857 John Richardson, who sold to Jack Ansley. Its seems to have been abandoned completely now, with the local authorities, having no interest in the area, much like the old station.

Descriptions of the interior of the mill and house makes one even more upset- “This is an example of a historic building that might have been preserved for posterity. There was all the atmosphere of old times. The rails of the original windmill had disappeared because the mill had been converted to steam in the 1880’s by Thomas Richardson. But there was much in the way of yellowwood floors and a delightful twisty yellowwood staircase mounted to the second storey whence the grain poured to the mill stones. The machinery was intact and one could even move the grinding stones. In a corner was a gigantic bellows. With half-closed eyes one could see the mill in floury working. During the native war the mill was a military post”. 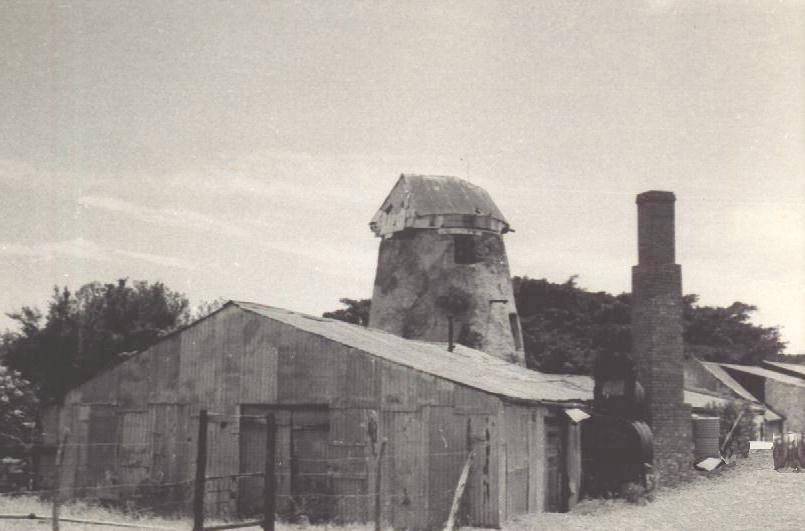 I have been back a few time, to cry over the old mill, and the one hope, left- as in a memorial, is that the nearby Agricultural Museum, have vowed to rebuild a replica in their grounds. The innovative curator, farmer, has collected all that is left, and aided by my collection of photographs, and will slowly construct/reconstruct the model.

My modern photographs highlight the destruction, and ongoing demise of the buildings.

In that area, there were, five other mills, of which I am yet to find even a broken stone. I will succeed, one day. I will follow every lonely well and rivulet until I am satisfied, that those settlers of long gone, have some sort of accolade to their hard work. 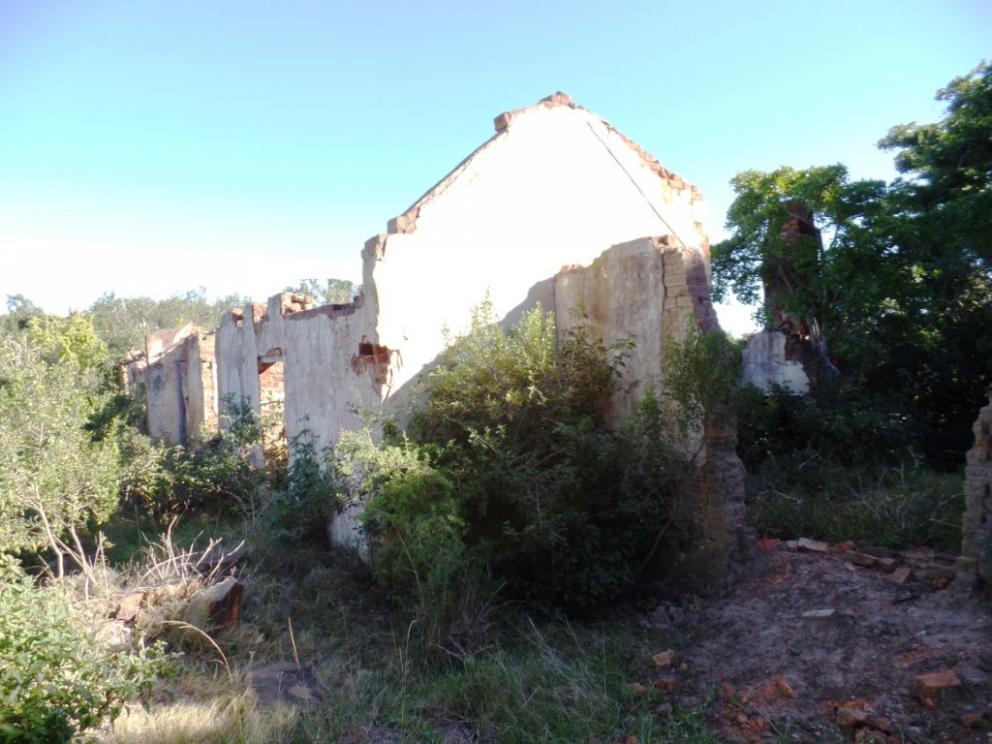