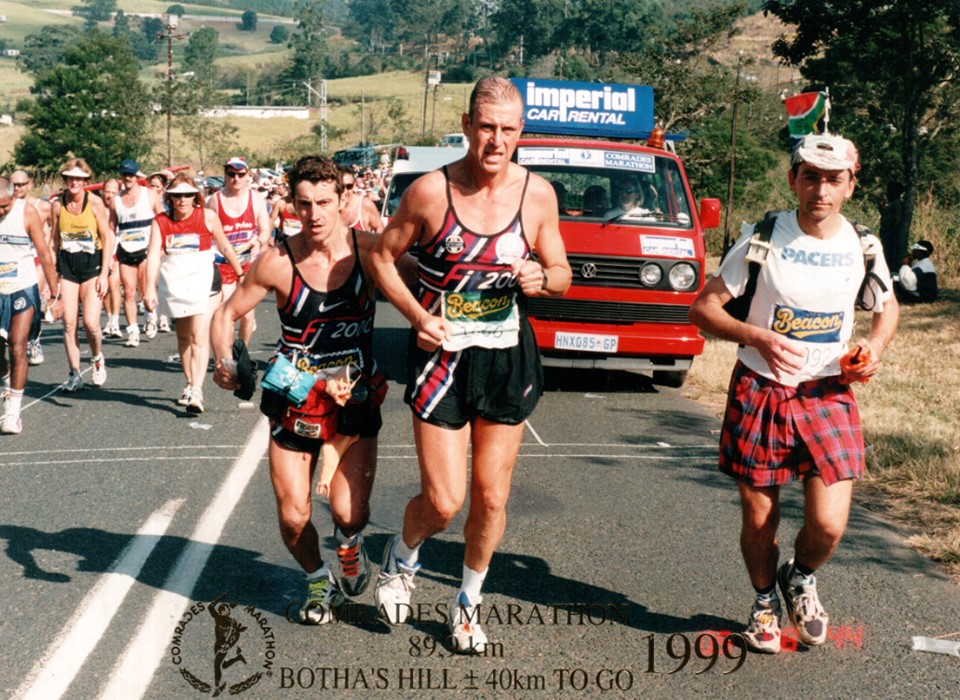 In 1999, Paul Selby set an audacious goal: Run from Durban to Pietermaritzburg overnight and finish just before the starting gun for the Down Comrades was fired outside the Town Hall in Pietermaritzburg. This would be the first attempt by anybody at this plucky mission.

After time for a coffee, they would set off back to Durban. Assisting him would be Tony do Couto. I happened to catch up with the two of them at Botha’s Hill. My greeting was met with an incongruous shrug and look of stupefaction. Paul was running on autopilot and despite having run with him previously, there was no recognition of who I was. At that moment his cellphone rang. It was an announcer on East Coast Radio checking on Paul’s progress. All that the listeners got was a series of garbled incomprehensible replies. The only way in which Paul would complete the down trip would be to rely on Tony.

I salute the courage of Paul in even attempting such an audacious challenge. Or is it a sign of madness?

The Circle of Running Life