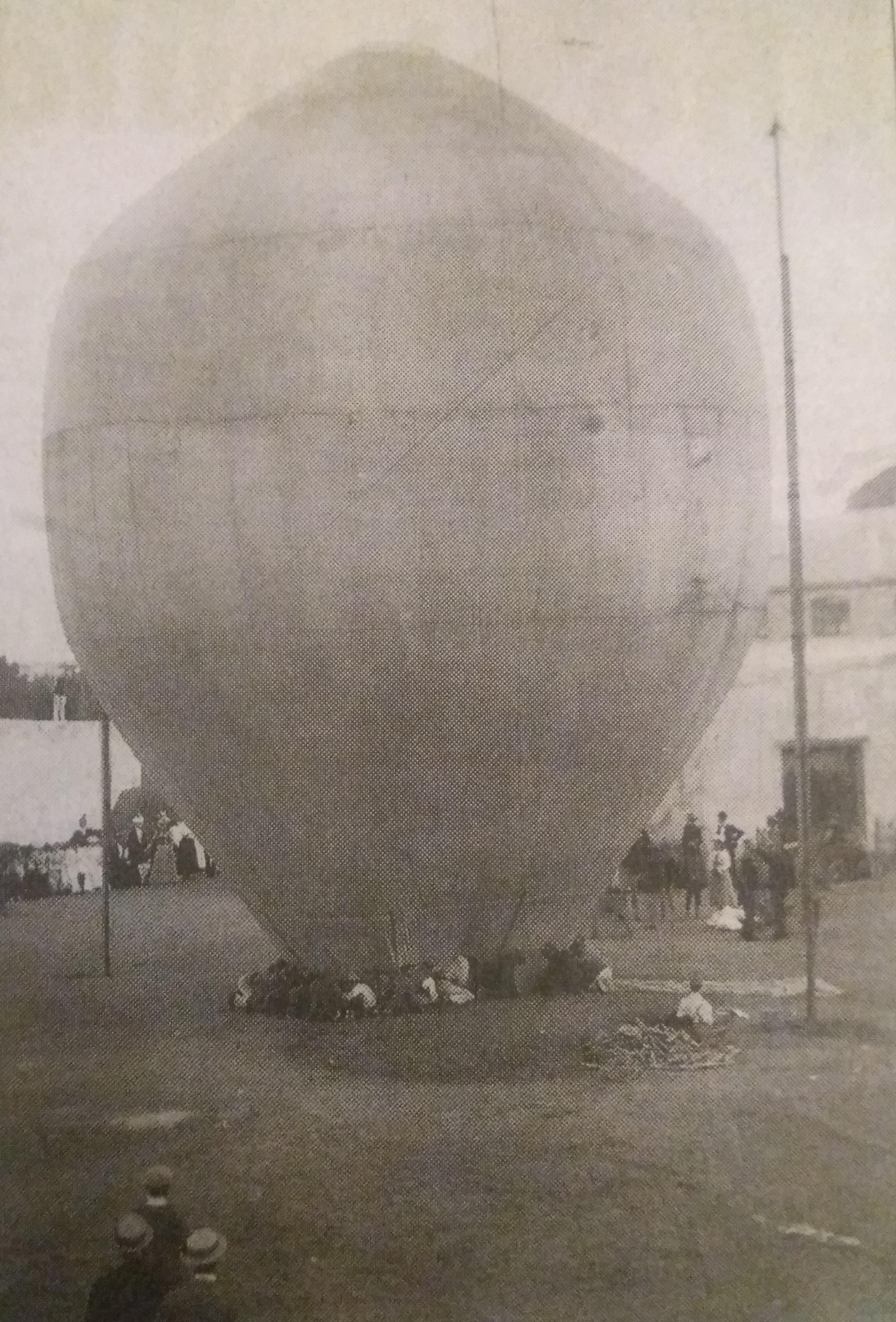 By any objective measure, the first aeronauts – parachutists and ballooners – possessed a death wish. Simply put, the contraptions and materials that they used to perform their stunts were below par for the job at hand. Yet these bold experimenters and stuntmen persisted. Some might say that Stanley Spencer, a world-renowned aeronaut had outlived his nine lives by the time that he visited Port Elizabeth on Wednesday 2nd March 1892 and entertained a large crowd at St. George’s Park

As both Stanley’s father and his grandfather were involved in ballooning, did young Stanley have any choice but to be involved in the “family business”. Born at Islington during 1868, by age 8 in 1876 Stanley made his first balloon flight from Crystal Palace together with his father.

During his life, Stanley flew in Canada, China, Cuba, Hong Kong, India, Singapore, USA and also South Africa. Stanley graduated into parachuting and made 134 balloon ascents by the end of his world tour. By 1896 he had made more than 980 balloon ascents and by 1902, more than 2000.

In 1902 Stanley graduated to airships, building and flying the first successful airship in England. His niece also flew it, becoming the first woman to fly powered aircraft. Despite his success flying airships, Stanley continued to balloon winning an International balloon race at Belgium in 1905.

Despite the fact that this event, advertised by handbills and in the press as “A Drop from the Clouds” was held on a weekday, it still attracted 4000 spectators each paying one shilling.  The location chosen for the ascent of the hot air balloon, the Celestial Empire, was the Port Elizabeth Cricket Club Grounds in St. Georges Park.

By 1892, Spencer was a famous London aeronaut. On this occasion, he was hoping to reach an altitude of 5 000 feet (1524m) before returning to earth by parachute. The bid caused quite a sensation in the city and by 3.30pm, a crowd of 4 000 had gathered to watch the lift-off. At 4pm the Prince Alfred’s Guard (PAG) band, under the leadership of Signor Tardugno, commenced the afternoon’s entertainment with a march, Boccaccio, and Rossini’s The Barber of Seville. The weather was perfect, with a very slight south-easter blowing. The advertised “ascent of grotesque figure balloons” in the form of sheep, tigers, donkeys, horses and others was a disappointment as only one sheep was inflated. The others got wet and were unusable.

The process of inflating the balloon was extremely primitive. A large fire hole was dug at the park end of the ground, over which a brick funnel was constructed for the transfer of hot air. Labourers were hired to hold down the balloon while it inflated. As it filled with hot air, it swayed from side to side, but Spencer ensured that it was not damaged by the surrounding scaffolding. Once the balloon was fully inflated, the supporting poles were removed, and a parachute attached to the mouth.

As Spencer warned the labourers to prepare to release the balloon, the PAG band played a fan­fare, followed by an aria, Up in a Balloon, Boys! sung by Muggins. Instead of waiting for the signal, the labourers released the balloon immediately. Spencer only had only a moment to grasp the hook attached to the parachute before the Celestial Empire soared into the air. Per the Eastern Province Telegraph, “With a bound, he sprung up the bar and, swinging himself into a sitting position. He waved his hat to the crowd as he was being carried above”.

Per Ivor Markman, “At first the balloon went straight up, but then gradually headed off over St. George’s Park towards Cape Road. Up it climbed until it was just a speck in the sky. At 4 100 feet (1 250m), Spencer alighted and fell rapidly. Suddenly the parachute opened and, clinging to the hoop by his hand, he waved with his hat as he gently descended”.

Spencer landed safely near Gubb’s Location in Mill Park and was driven by cart back to the grounds. As he entered the pavilion enclosure, where he addressed the crowd, he was greeted with loud cheers while the band played, “See, the Conquering Hero Comes”.

As if to prove that Stanley Spencer was not the only person capable of such feats, three days later the feat was repeated by yet another aeronaut, Professor Price, in The Wanderer. Price, an American, known as The Cloud King, had once attained 17 000 feet (5 182m). He was an excellent gymnast in the habit of performing on the bar attached to his parachute, both on ascension and also during the descent. His demonstration, held in St George’s Park, drew 1 000 people. Below his balloon was a parachute, beneath which were a couple of ropes holding a trapeze. As The Wanderer lifted, Price grabbed hold of the trapeze as though he were a circus acrobat. At 1 000 feet (305m), he performed several amazing acrobatic exercises, before  parachuting down from 4 300 feet (1 310m) and landing safely near Rowling’s horse stables on Cape Road.

Pearson Conservatory in decay despite upgrade