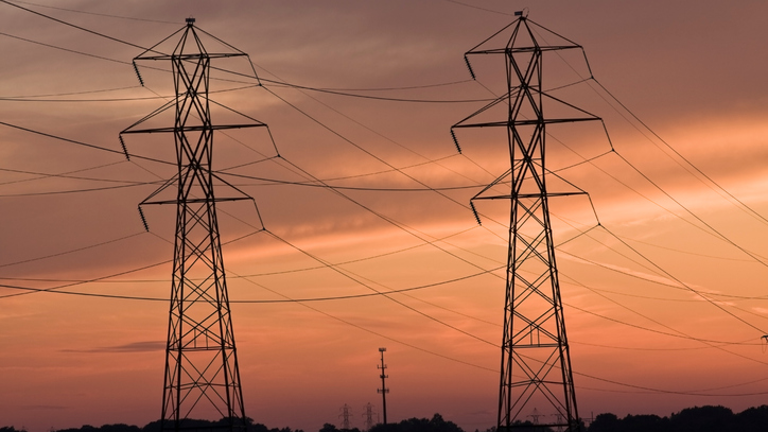 Growth in electricity demand in Port Elizabeth surged by greater than double digits for most of the first fifty years of supply. This was primarily as a consequence of vigorous industrial expansion. Once the Mount Road Power Station was unable to meet the power demands of the rapidly growing town, the Swartkops Power Station was constructed in the early 1950s. Both plants had an exemplary service record in being able to meet demand 24/7/365. Apart from some minor incidents and two major incidents of which I am aware of, and excluding the recent load shedding, the whole system has only been down twice for an extended period.

This blog details these two major incidents and what the implication of a system crash is.

Implication of a system crash

In the event of electricity demand being in excess of supply, demand has to be immediately reduced in the form of load-shedding otherwise the system will crash. Why is it so critical to reduce electricity offtake to less than supply / production? In this scenario, the system will cease to produce electricity. Once the system is down, how can the system be restarted when there is no electricity to restart the system with? Without power the conveyors transporting coal to the boilers as well as all other ancillary processes will be standing idle. Restarting a plant usually takes days because the whole system has to be shut down and then switched on piecemeal.

This occurred sometimes during the 1960s. How and why it occurred I cannot ascertain but what I do know is that General Motors assisted in the process to restart the system, possibly by lending the municipality some generators. As the Swartkops Power Station commenced operation in 1954, I assume that it was this station where the problem was experienced.

In an article by Terry Mackenzie-Hoy in the Engineering News entitled Adventures on the Eskom System he describes why the system crashed in 1988.

Terry was the senior engineer for operations for the Eastern Cape region which included Port Elizabeth. All that he had to do was to make decisions on how to operate the Eskom Eastern Cape region system so as to keep outages to a minimum. As such he reported to the National Control which controlled the 400 kV and 220 kV systems as well as some 132 kV systems.

At that stage, Port Elizabeth still operated a coal-fired  power station at Swartkops but relied on Eskom for its excess demand. The Port Elizabeth municipality operated Swartkops such that they reduced the maximum demand from Eskom to 200 MW during the day and reduced the Swartkops output at night to save coal. The situation also suited Eskom as it possessed surplus capacity at night.

The erection of a series of new power stations by Eskom in the 80s and 90s had resulted in a temporary surplus of capacity. To generate additional cash, Eskom encouraged the establishment of various energy intensive production plants such as the aluminium plant at Pietermaritzburg. The Eskom marketing department also picked another ripe low-hanging plum, Port Elizabeth. They cut a deal with the Port Elizabeth municipality whereby, as part of their drive to persuade organisations to consume more electricity, the municipality would switch Swartkops off. As an incentive, Eskom would offer the electricity at a low rate. Like most large organisations with a siloed structure, communication between the generation, finance, transmission and marketing departments was defective with inadequate communication between them. Insular decision making resulted in messages falling into the cracks between the siloes. So it was with Eskom.

Two power lines, Poseidon/Grassridge 1 and 2, supplied Port Elizabeth. Their capacity was 2 × 200 MW, giving a total of 400 MW. If one of the lines tripped, the other line could carry the total 200 MW load without tripping. After a time, Terry noticed that the total load was increasing, sometimes up to beyond 220 MW. He ignored these temporary spikes as he was under the impression that the guys at the Port Elizabeth municipality probably knew what they were doing. Terry grew increasingly concerned when eventually this was taking the system to a point where, if one line tripped, the other would have to carry a 10% overload. Just to ensure that  Port Elizabeth was not experiencing problems, he called Aiden, the Port Elizabeth operations electrical engineer, and informed him about this. He said he would investigate it.

A few weeks later, his phone rang and the gravelly deep bass voice of Jan Esterhuizen of National Control spoke: “Terry,” he blurted out, “Look at your screens. NOW. Your line to Port Elizabeth is cooking. It’s going to melt.” A cold fear clutched his heart. He raced to Pembroke Control. In the control room, the telemetry screens showed that Poseidon/Grassridge 1 had tripped and that Poseidon/Grassridge 2 was overloaded by 20%. Fast action was needed. He phoned Aiden telling him that he would have to shed load if we were to keep supplying Port Elizabeth. He instructed him to shed 50 MW. There was a silence.

Back at the screens, they noticed that the busbar voltage at Grassridge (which had been 220 kV) was 212 kV and falling at a rate of about 1 kV a minute. Nobody had ever seen a phenomenon like this. He instructed the senior controller that, if the voltage dipped to 205 kV that he should disconnect Port Elizabeth by opening the Grassridge circuit breakers through the telemetry systems. As a CYA move, he requested Terry to repeat the instruction on ‘the loop’, the system which recorded all operator instructions.

And so Port Elizabeth was disconnected. The carrier phone from Port Elizabeth Operations rang stridently and Aiden enquired from Terry what had happened. Terry only then belatedly discovered that Swartkops had been switched off in terms of the arrangement with Eskom’s marketing department. Agitatedly, Aiden requested that he immediately reconnect the Poseidon/Grassridge 2 line. Terry cogitated on this momentarily. A decision had to be made immediately. One line had tripped for reasons unknown. The other had been overloaded and could be in a damaged condition. If they closed Poseidon/Grassridge 2 and it failed . . . the headlines would read ‘Major South African City Without Power for Days’. Laconically Terry informed him: “Sorry”.

Naturally, today, this would be no news at all as power outages are no longer extremely rare events. Terry requested that the Port Elizabeth district perform patrols along the power lines. Near Poseidon, the patrol discovered that the Poseidon/Grassridge 1 insulators on a strain tower had been shattered. Empty shotgun cartridges indicated clearly that some malcontent had shot the insulators out.

It took 24 hours to restore power to Port Elizabeth.

With Eskom battling its litany of woes: lack of maintenance, plant past its use-by-date and incompetent management, the prospect of continued load-shedding for at least the next five years is an extremely likely occurrence.

It is now very apparent that South Africa requires new generation facilities in order to replace the tired power old stations. As luck would have it, Port Elizabeth is an ideal location to construct wind turbines in Algoa Bay adjacent to Bird Island. Moreover, the mouth of the Swartkops River could serve as an suitable location for a tidal power plant. With its huge estuary, it is an ideal candidate for such a plant.