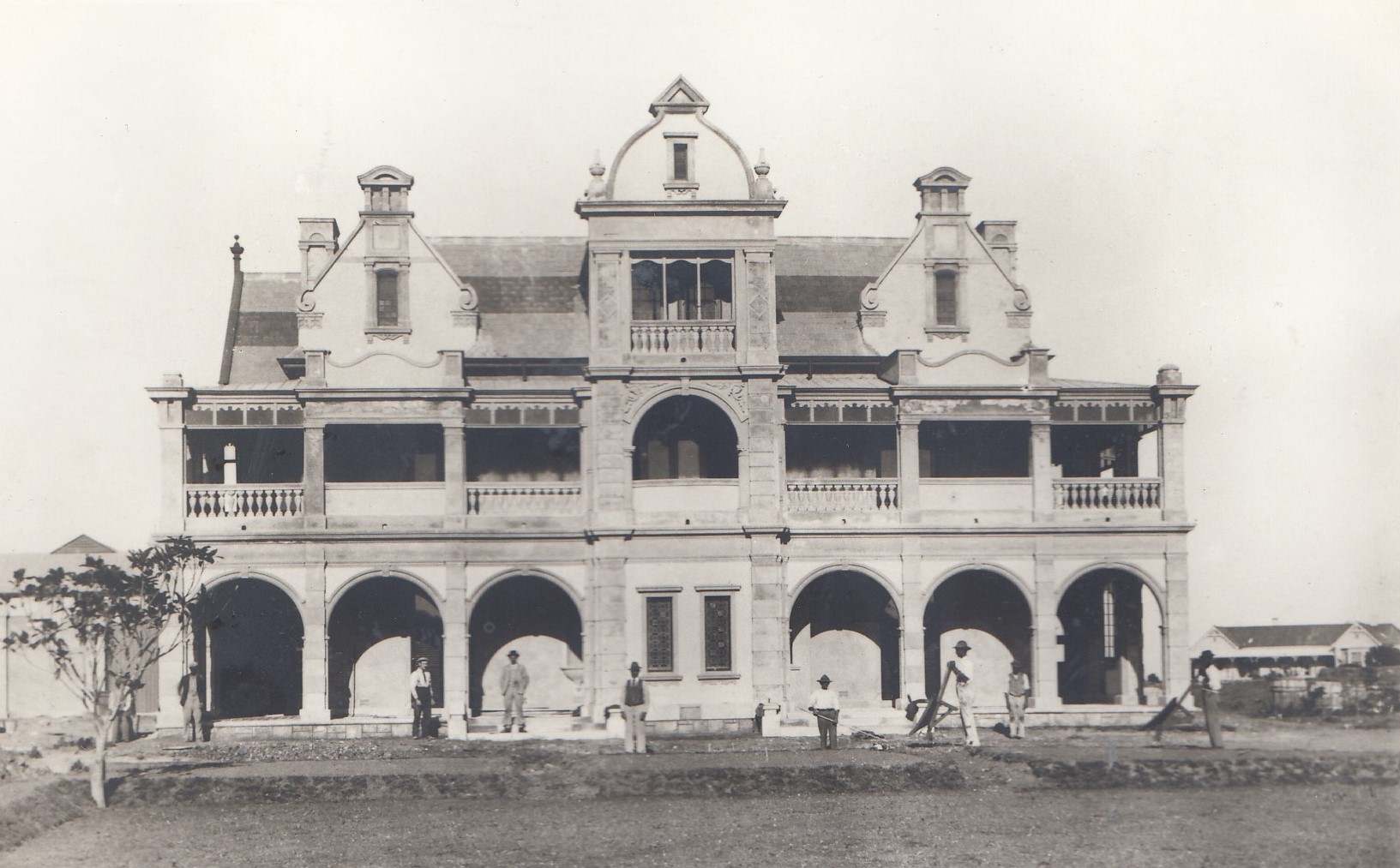 As a residential area, Park Drive attracted the well-healed and it was aspirational. If one wanted a villa with spacious grounds close to town, this was it. The area immediate garnered a cachet which it never lost. Given the fact that the plots were extremely large, this would be the undoing and demise of many of these stately homes. Subsequent generations of residents viewed the properties as cash cows and the mansions were demolished to be replaced with insipid blocks of flats.

By now most of the original mansions have been replaced but some have miraculously survived.

Councillor Henry Pearson first proposed the idea of a park for Port Elizabeth. The first trees were planted in what was to become St George’s Park by enthusiastic citizens in August 1861, the first anniversary of the visit of Prince Alfred to the town. The site of the Park, with the land surrounding it, was only formally granted to the Port Elizabeth Municipality by Governor Sir Percy Wodehouse on 23 February 1864.

The plan drawn up by surveyor Robert Pinchen shows a large piece of what was then veld (including the existing Presbyterian cemetery), bounded by a carriage drive and large erven. From the beginning these were envisaged as “villa sites”; they  were  not  to be subdivided and it was planned that sub-stantial buildings, with their own large gardens, would one day grace the embryonic park and the whole town.

The first sale of park lands took place on 16 September 1863. The income from the sale of the lots was to be used for the development and maintenance of the park. The first owners to build on these lots were Samuel Bain and William Pattinson. They were regarded as living in the country because their homes were some distance from the town.

For a long time, the only large dwelling on the corner of Park Lane and Dickens Street, was one built by Samuel Bain on the site of which Nazareth House now stands. The land was part of the Park Drive lands and was called ‘Park House’.

Most of the gracious homes along Park Drive boasted stables, which in reality were only wood and iron sheds. There were, however, a few elaborate stables which had brick floors, patent ventilators and stalls, imported cast-iron mangers and drinking bowls. Under the same roof was the coach-house where the barouche and dogcart were kept, the harness room and servants’ or coachman’s rooms.

In the matter of appearances, the carriage turnout was considered just as important as the house, and Park Drive was the parade ground. As a spectator you might have seen a variety of horse-drawn carriages comprising spiders, phaetons, victorias and graceful landaus bowling along the road.

Today, the picture is different and Park Drive is still a grand thoroughfare, in daily use, lined in parts with huge trees that are almost monuments in themselves, and adorned by some of the few gracious buildings still left that were once the homes of the city’s elite. These “dream houses”, although fragmented by the intrusion of modern high-rise buildings, form an integral part of the verdant atmosphere of this sensitive area.

The dwindling number of mansions which still stand are only a reminder of the vanished splendour of a more gracious era. These gracious homes which have survived the march of “progress” are:

The Architecture of Park Drive: An Assessment by Tennyson Smith Bodill [Unpublished article]

Port Elizabeth of Yore: The “Aloes”, No. 56 Park Drive

Port of Elizabeth of Yore: Reminiscences of the Late 19th Century

Port Elizabeth of Yore: Reminiscences of the Early Days