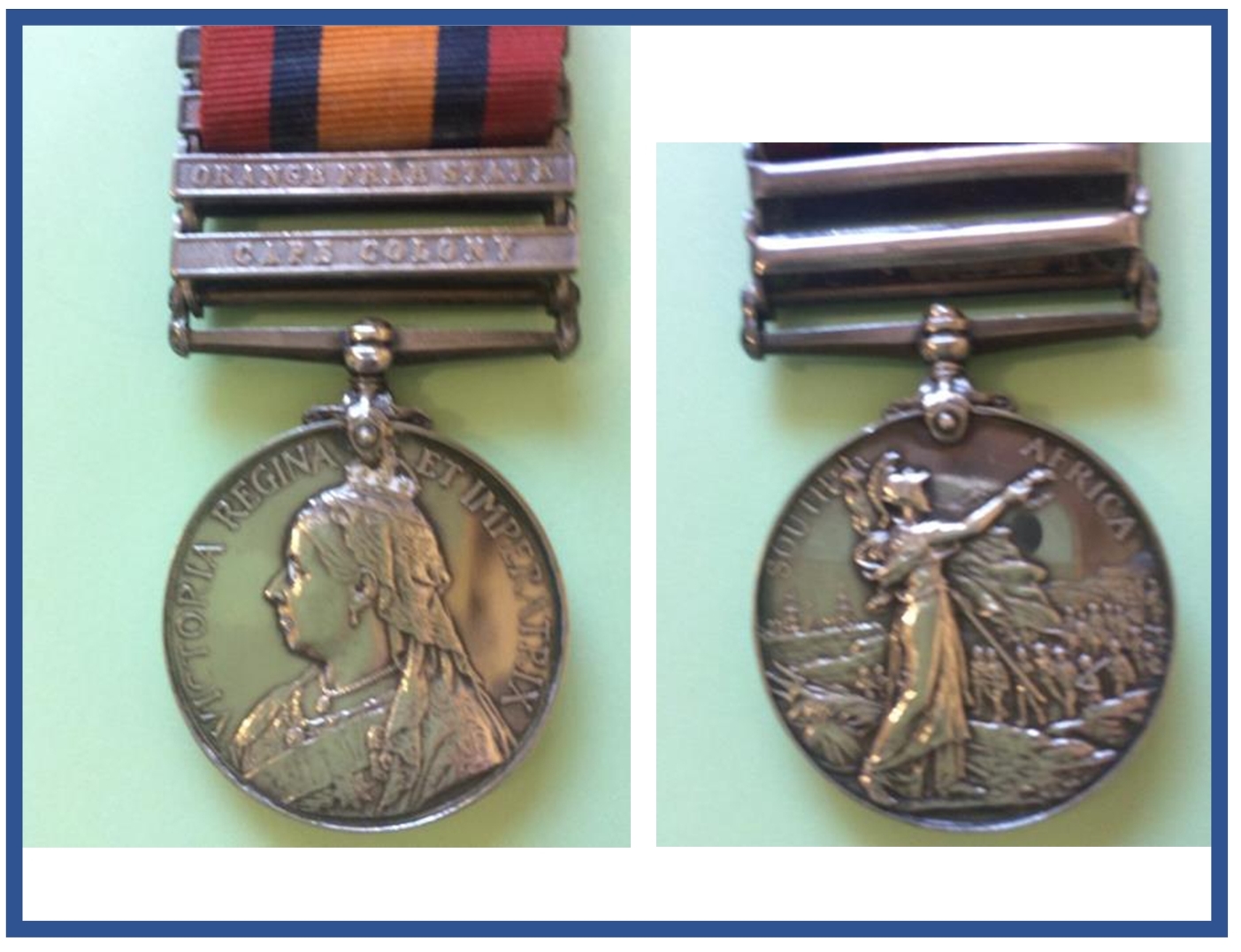 A 2nd generation member of the Bean family, Mr Thomas Pullen Bean (1845 – 1925), living in the Sunday’s River Valley area struggled to make a living there. On listening to the advice of his brother-in-law and neighbour, Maj-Gen. John Pigott Nixon of Balmoral, he investigated the prospects of the Gamtoos Valley. Upon inspection, he was so enamoured that he rented the undeveloped farm, then known as “Saagkuilen” and still Crown land, on a tributary of the Gamtoos River in 1885. Initially the family of 10 children, 4 sons and 6 daughters, only had a wagon for accommodation. Not liking the Dutch name, he renamed it Ferndale. Soon Thomas applied himself a main house to be known as the Settler House as well as a tiny 2 room cottage, later expanded to 3. Seven years later in 1892, the wife of Thomas Pullen, Edith Emma Bean (nee Pakenham) purchased the property and accordance to the Title Deeds it is registered in her name. Finally in 1912, a more robust house, nicknamed the “Big House” was built on the property and the original house was demolished. The original cottage is still standing and functional.

Amongst the gaggle of ten children, two sons, Guy Pakenham Bean and Dixon Charles Pakenham Bean would join the Imperial forces and join battle against the two Boer Republics to the north. It was the letters of these two sons which would survive and through the gracious assistance of Patricia Reid, that I was able to obtain copies of two letters written by her father, Guy Pakenham Bean, and one of her uncle Dixon Bean. These three letters provide an insight, albeit a smidgen of a glimmer, into aspects of that tumultuous war.

I expect you are beginning to swear at me for not writing, but it is really not my fault. It just depends upon the convoys. If no convoy comes in, we get no letters and if no convoy goes out, of course you get no letters. So it is [a] rather hard lines as far as letters are concerned.

What was I going to say? Darn it. O Yes yes. You know the ILH [Imperial Light Horse] has been doing some good since we have been in this mud hole. We captured over 40 boers and killed several and we only lost a couple. We do all our patrols In the night. We start away from camp about 10 or 12 o’clock at night and march until daylight and then turn and fight our way back. We had some fine fun at Reitz, a little town not far from here. We left [at] about 7 and marched all night and got in the town just before daylight. Our squadron went into the town whilst the other five squadrons surrounded it. We fixed bayonets, went into the house, and turned about 10 of them out [from] under the blankets. We made them turn out, smart too. You can believe me. We live fairly well here. We have all sorts of things [such as] china plates, knives, forks, spoons, pots, kettles, pans, mustard, vinegar, sauce, curry powder even form [a tye of bench] to sit on, meal to make fat cakes when we want some. O, we have everything you can think of . Plenty of jam you bet. All these things are not served out, some we loot and some we pay. How are Lancelot’s [eldest of Thomas’ ten children] oats getting on. Tell Lance [Lancelot Willard Pakenham Bean] he must not on any account forget to plant the watermelon pips. They are in my desk. He knows where the key is.

Tell Irene [Irene Pakenham Kayser nee Bean, Guy’s elder sister] that I gave got a fine Kaffir Dictionary here, so if she would like it, I will try and send it down. Tell uncle Plankey [nickname of Charles Pakenham] I will write to him next. Well I think I have told you all the news now so I think I [had] better dry up.

In this letter, Guy Pakenham Bean is writing a letter to his sisters Edith and Lavinia, nicknamed Tiny. At this date Guy is stationed at Bethlehem in the Orange River Colony as a member of the Imperial Light Horse. Guy was one of the ten children of Thomas Pullen being 4 boys and 6 girls. Guy would suffer a life changing event when in 1906, he was involved in a hunting accident. As a consequence, he lost his sight in both of his eyes. Despite this incapacitating handicap, Guy married at 49 years of age and fathered three children. The reason why he mentions a Miss Damant [whom Guy might have had eyes for] is that he used to board with the Damants at Hankey. Note the use of the Dutch /Afrikaans word scarp instead of using the word sheep. The reason for the misspelling is that the Afrikaans language had not yet stabilised and spellings were still fluid.

Dear Edith [his sister] and Tiny [Lavinia, his sister]

I believe that Olive [Guy’s older sister] got such a very bad price for her turkeys this year. I expect [that] she was very much disappointed.

How do you like Plankey [uncle Charlie Pakenham] the second? Is he nice to the little ones? This is a very small town. There are only about 10 houses and a church in the whole place. You can’t even get bread in the shops, only little farthing cakes and for them we have to pay a penny each. It is very windy here especially where we are camped right on top of a little hill.

Have the people at home got my right address yet. I expect they will have by the time [that] you get the letter. It is C Squadron 1st ILH [Imperial Light Horse] field force, Orange River Colony.

I won’t write a long letter because I have got toe ache. [Guy’s expression for laziness].  I suppose you know that much.  Tell Olive [that] I say she is so lazy for not writing to me. Well I will end now [indecipherable] and both of you to write soon because I am always on the look out for letters. Give my love to Miss Damant and all the people at home.

Here we are back again, were chased back this time by Boers when about 60 miles north from here on Friday. Between 500 & 600 Boers almost surrounded us so we had to retire fighting a nasty rear-guard action the whole day, only being about 300 strong & had not big guns. Nesbitt’s [Horse] lost one killed, one wounded & one taken prisoner. The 5th Lancers lost two killed, 3 wounded and 20 taken prisoner, the Prince of Wales lost one killed & one wounded, Nesbitt’s are going to be honourably mentioned in despatches for the way we behaved. The Col. says himself [that] if it were not for us holding them back on the right flank in the way we did after all the rest had retired, the Lancers and the whole of the convoy would have been captured.

I am glad we have managed to do something just before leaving. Don’t suppose we will be up so much longer as all the men’s times will be expired in a few days.

I got your letter enclosed in Katie’s [referring to his sister Kathleen Ethel Pakenham Bean]. I was very sorry to see that Father [Thomas Pullen Bean] was so poorly. I hope that he is himself again by this.

I am anxious to see Ferndale with all its fine trees in blossom.

How many of my ostrich chicks are still living?

The dispatch rider is going to start in ½ an hour for Matjesfontein so [I] must close.

Love to all at home ta ta
Your loving son
Dixon

Note that all four of Thomas Pullen Bean’s sons fought in the war. However the letters of the other two sons, Walter and Lancelot, have not survived.

Nesbitt’s Horse
This corps, about 300 strong, was raised in the eastern portion of Cape Colony in December 1899 by Colonel Nesbitt, “a veteran South African campaigner”. As in the case of many other Colonial bodies, the strength varied greatly in the course of the campaign, being at one time about 5 squadrons, but probably not much more than a squadron was in the field when peace came.

Patricia Reid, daughter of Guy Pakenham Bean, graciously supplied me with copies of the letters as well as the photos.