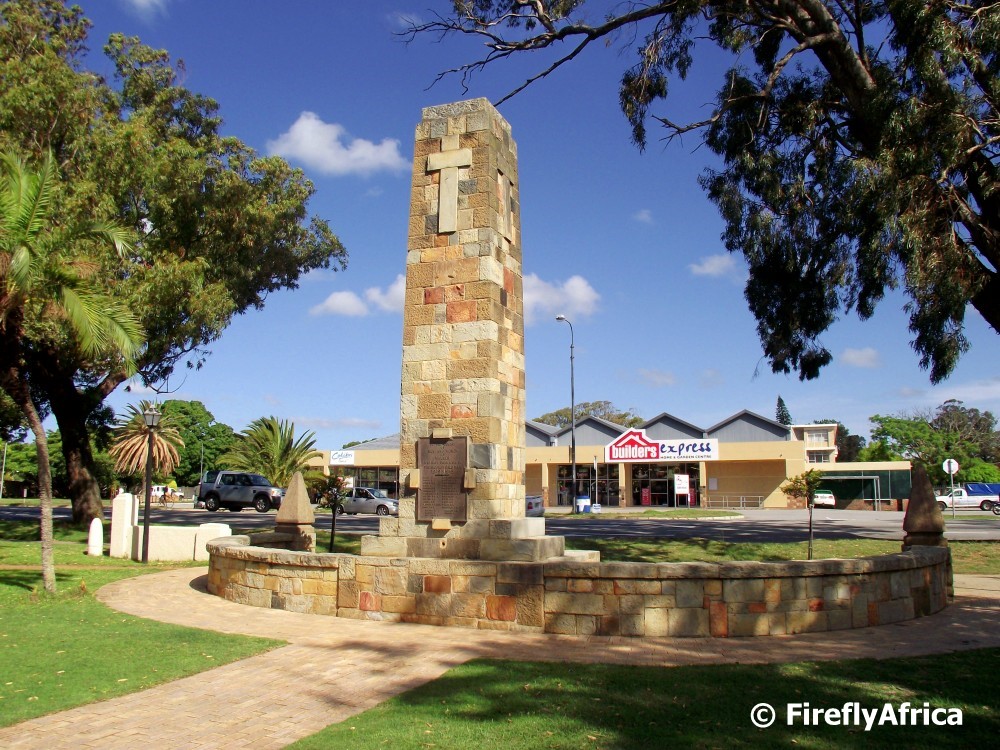 The three main war memorials in the metro are all situated in Port Elizabeth viz: The Horse Memorial, the Cenotaph in Rink Street and the Prince Alfred’s Guards memorial in St. Georges Park. Of the three memorials situated in Walmer, only one is well-known.

The oldest memorial is a Roll of Honour which gained life on the 3rd May 1916 at the Walmer Town Council meeting when they released a description of this proposed artifact which was to be made by F. Pickford Marriott of gesso and gilt on oak. Ultimately it would be displayed in the Town Hall. On this scroll were inscribed the names of all the Walmer men who had volunteered for service during WW1. It is now housed in the Aloe Moth Shell hole Memorial Hall in Walmer.

Of all the events held to celebrate the Allied victory in the Great Warr or the local volunteers, this one must be the most unusual. On the 19th July 1920, the Walmer Golf Course held a bonfire but from November the previous year, the citizens of Walmer had been collecting brushwood for this occasion. There was a pile 12 feet high and 106 feet in diameter with two long-range guns and a howitzer shaped out of brushwood and topped with an effigy of a German soldier, making the whole construction some 27 feet in height. The burning symbolised the destruction of German militarism and as the wood burned a concrete column emerged, inscribed with the single word “PAX”, Latin for PEACE. The column remained as a permanent memorial, though later largely forgotten and neglected.

Of all Walmer’s war memorials, the cenotaph set into the boundary wall of the Town Hall is probably the best known of the lot. It was designed by W.J. McWilliams, made by R. Pennacchini of local stone and the bronze tablet was cast by James Gardner. It was officially unveiled by the Earl of Athlone on the 24th March 1925.

Every year a parade and service takes place at this Cenotaph on the weekend after the 11th November to remember the sacrifices of the members of the armed forces and civilians in times of war, specifically since the First World War.  Remembrance Day is observed on the 11th November to recall the official end of World War I on that date in 1918, as the major hostilities of World War I were formally ended “at the 11th hour of the 11th day of the 11th month” of 1918 with the German signing of the Armistice.

It is a memorial day observed in Commonwealth countries and is known by one of the following names: Remembrance Day, Poppy Day, Armistice Day or even Veterans Day.