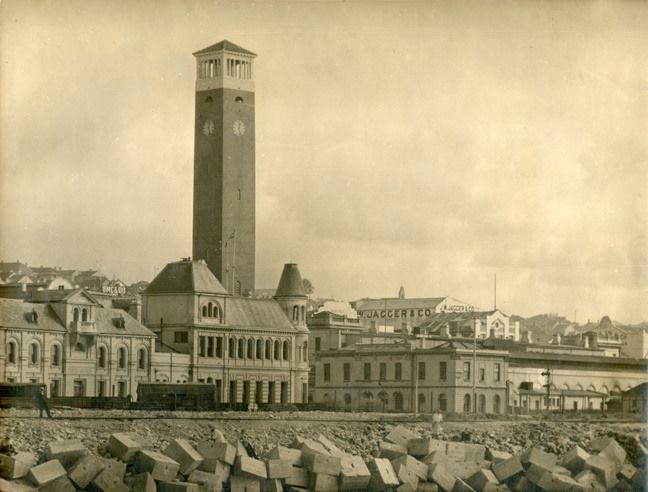 Probably more criticism, chiefly adverse, has been levelled at this monument than any other in South Africa especially in the initial years. Much of the adverse comments have fortunately, long since abated as it is now considered to be an integral part of the city’s heritage and is totally synonymous with Port Elizabeth.

The first proposal for a memorial tower to commemorate the arrival of the Settlers in 1820 arose in 1904 from an unexpected quarter; the Reverend Alfred E Hall, minister of the Queen Street Baptist Church. His surreal plan was to incorporate  a lofty memorial tower as part of the rebuilding of the church.

As Bodill noted, “At first the scheme was taken up with enthusiasm. The Mayor of Port Elizabeth, Councillor J.C. Kemsley, became vice-Chairman of the Committee and Lord Milner and Sir Walter Hely-Hutchinson, governor of the Cape Colony, became patrons.” 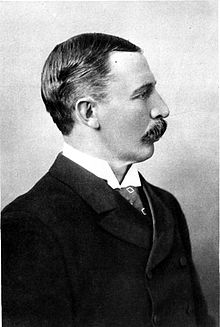 Shortly thereafter dissension arose due to strong objections being raised as the memorial was associated with one particular church. Moreover the chosen site was nowhere near the original landing area. After three years of controversy, the scheme was abandoned in 1906.

The motivating force for the revival of the scheme was the Centenary Celebrations commemorating the landing in 1920. In that year, the Midlands Area Committee of the 1820 Memorial Settler’s Association raised the question of erecting a suitable memorial as close to the original site as possible within the constraints of cost and real estate available. A Committee for this purpose was appointed comprising Norman E. Harris (Councillor), Alexander Fettes (Mayor of Port Elizabeth), Frank Pickford Marriott (Head of the Art School), Aeneas R. Pennacchini (Memorial Sculptor) and William John McWilliams (Architect). Within a month, the Committee has made two major decisions: the type of memorial tower required and its location.

Bodill notes further that “the foundation stone of the Campanile was laid with great ceremony by H.R.H. Prince Arthur of Connaught, Governor of the Union of South Africa, on 9th April 1921. A naval detachment of Admiral Goodenough’s flagship H.M.S. Dublin formed a square around the site, and a mounted detachment of the South African Police provided an escort for the entourage. The guard of honour to welcome the Prince was provided by the newly-constituted Prince Alfred’s Guard Regiment.” 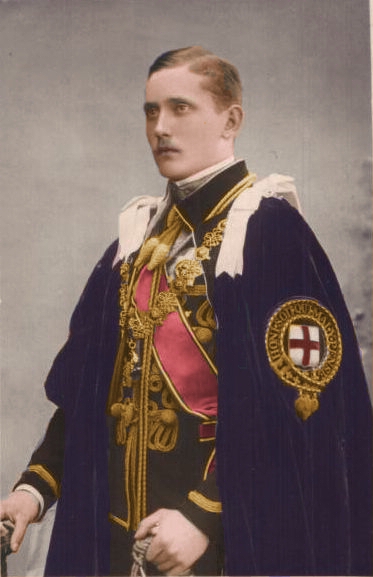 A competition for the design of the tower, open to all South Africans, was launched. All of the entries, however, including the accepted design by F.G. McIntosh, were found to be too costly. With the consent of McIntosh, the well-known Port Elizabeth architect, W.J. McWilliams then offered his services in an honorary capacity to design a simpler edifice.  During his architectural career, McWilliams used classical styles with great competence. In this case, he adopted the shape of an Italian Renaissance Campanile for the memorial to the British Settlers.

The design of the Campanile was finally approved by the Committee on the 10th March 1922 with the contract for construction being awarded on the 18th March 1922. A local firm of builders, Harris and Harrower Limited, won the tender at a cost of £6,150. Work on the Campanile commenced on the 27th March 1922 and took approximately eighteen months to complete.

According to Bodill, “During the construction, the foundation stone, laid by Prince Arthur in 1921, was relocated to its final position on the west wall of the base. The dressed stone used to construct the base was taken from some of the oldest buildings in the City at the time, and the arched main doorway was built of stone quarried in Grahamstown. For the rest, the tower is of brick and reinforced concrete. Special care was taken in carrying out the brickwork. Each brick was subjected to a severe test before being used. The structure, both base and belfry, is constructed using local bricks faced with smooth red Grahamstown bricks. The roof tiles were obtained from Grahamstown.” 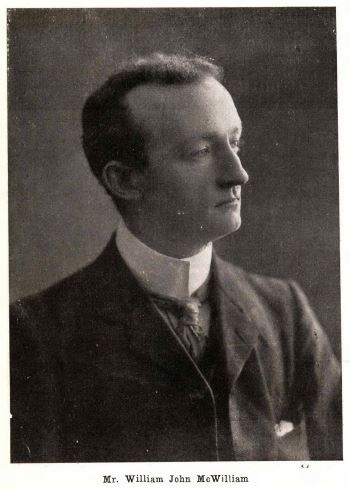 The structure is reminiscent of the famous St. Marks Campanile in Venice which is 97.5 metres high compared with 51.8 metres for the Campanile. The area of the structure at its base is only 7.01 square metres and its foundation rests upon sea worn rock. The windows at the various floor levels are fitted with decorative precast concrete grills while the belfry has composite columns and a tiled roof. There are eight floors within the tower and to reach the observation floor, the visitor has to climb 204 steps or 41.4 metres. The frieze of the reception area is artistically inscribed with brief details of the events connected with the erection of the Campanile. Bodill’s assessment is that “architecturally, the composition of the Campanile is well proportioned, lofty and slender, being almost classic in its simplicity.”

At the dedication ceremony on 6th November 1923, the architect, William John McWilliams, stated that he “endeavoured to embody in the design, the simplicity, restraint, and dignity which was symbolic of the character of those men and women whose landing at Algoa Bay it commemorated”.  H.R.H. Prince Arthur of Connaught and Princess Alexandra returned to Port Elizabeth on that day to open the tower officially.

The final cost of the tower amounted to £5,940 but this excluded the cost of a clock and the proposed carillon. Efforts and plans were set in motion to raise funds for this purpose. Eventually, a clock specially manufactured by Joyce of Whitechurch, England was installed by a local firm of clock and watchmakers, J. Joseph and Sons. It was officially started at 12 noon on the 28th April 1925. 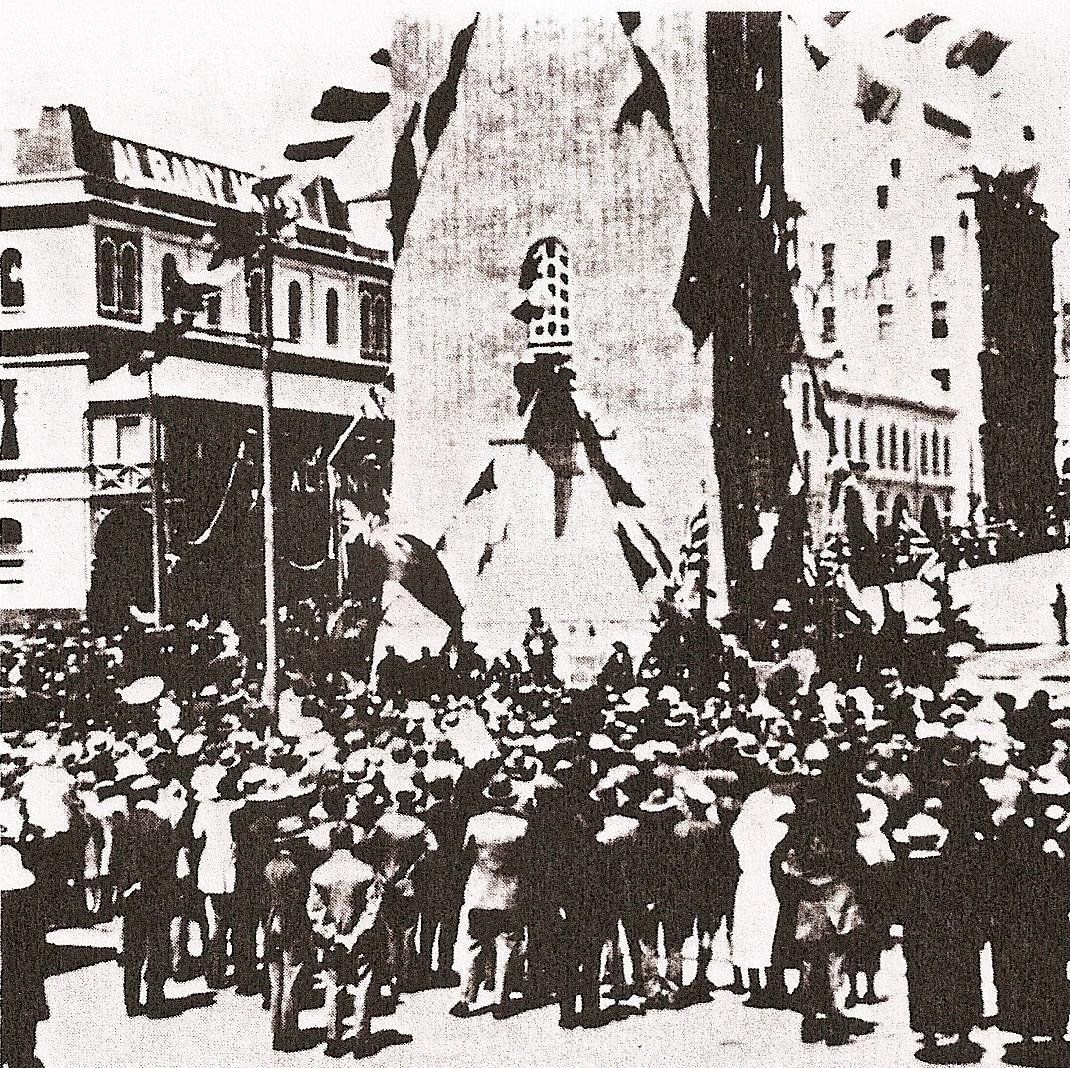 “This clock, which strikes the Westminster chimes, has four large dials and the movement is driven by means of a pendulum and drive-weight which is wound every Friday. The strike mechanism, manufactured by ………the clockmakers and bell-founders, Gillett and Johnston Limited of Croydon, Surrey, was installed during 1936, when the bells were hung.” 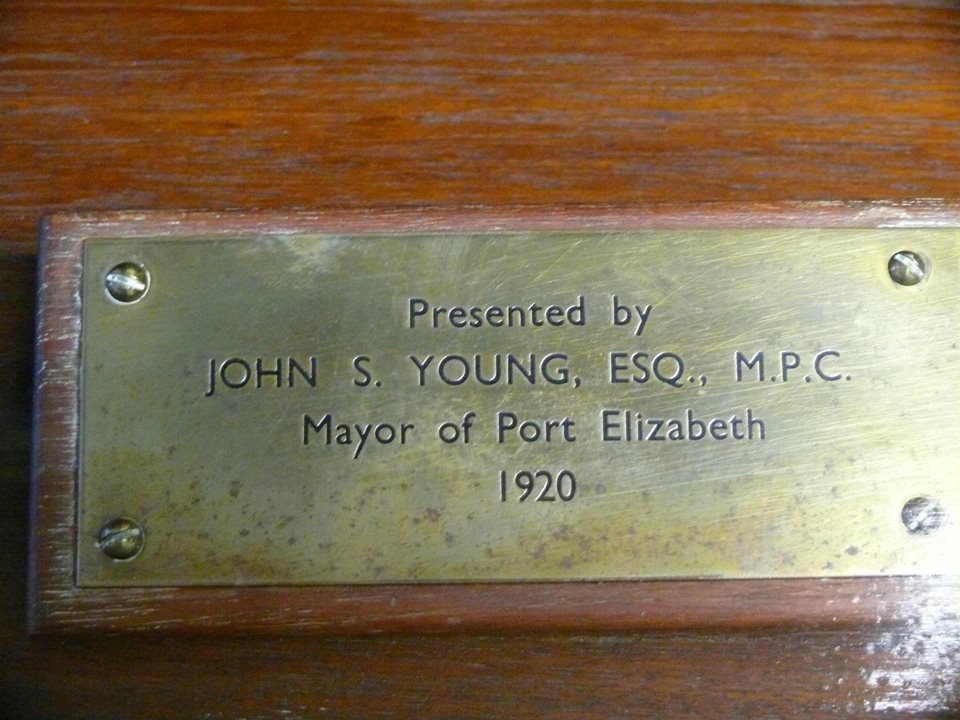 Up until 1925, the tower had been under the control of the Midlands Branch of the 1820 Memorial Settler’s Association, but in 1926 it was handed over into the custody of the Port Elizabeth Municipality to be maintained and preserved. 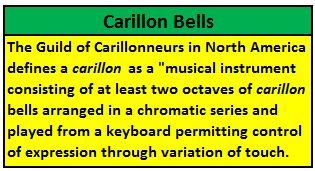 In the meantime, the campaign to raise the funds for the bells continued. In finally in July 1936,  The Port Elizabeth Advertiser announced to much excitement that the requisite funds had been collected. During the intervening years only £850 had been collected for this purpose but as this year was the Silver Jubilee of King George V, the installation of the desired carillon seemed like a fitting expression of gratitude for the sovereign’s memorable reign. The citizen’s of Port Elizabeth rallied together and the required amount was rapidly collected. This combined with a generous contribution by the City Council ultimately enabled the Municipality to acquire the bells from Gillett and Johnson Limited. 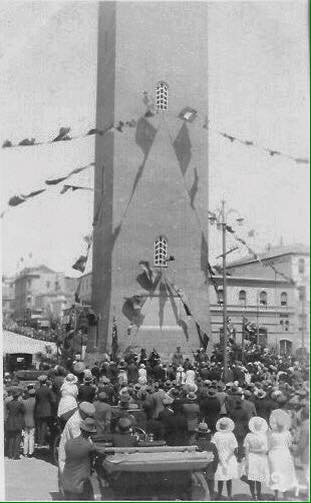 These bells, with a gross mass of over 16 tons, comprises the largest carillons in South Africa. The largest bell in the carillon, is approximately 6 feet in diameter and weighs between 3 and 4 tons.

The bells were hoisted into position in the belfry during July 1936 and the first recital on the carillon was given the 9th September 1936 by Lionel Field, Mus. Bac. ARCM. All but six of the bells were contributed by descendants of 1820 Settlers as a tribute to their forebearers, or by others who wished to honour their memory.

History and Architecture of the Campanile, Port Elizabeth by T.S. Bodill (March 1990, Looking Back, Vol 29)