The precursor to the establishment of the museum, was the founding in April 1856 of the Athenaeum Society whose purpose was “to promote the interests of science and literature.” The journey from this humble beginning to its present home at Bayworld, Humewood, is indicative of a society’s striving for knowledge and a sense of wonderment.

Even though the Athenaeum Society was formally established in April 1856, it did not possess a permanent home. Instead it probably met at various venues. As such it was incapable of erecting displays or, indeed, even collecting specimens. This situation was to change in 1859 when a grant of land was made for the erection of a Town Hall. In this grant it was stipulated that the building should include a library and athenaeum as well. In turn, the Athenaeum set aside a small room for the collection of unusual natural history specimens.

It was this nondescript tiny room which was the forerunner of the prestigious Port Elizabeth Museum.

The Athenaeum came to an end in 1886 and the Council took over its assets, including the museum. All of the displays and other items were relocated across the road to the Wool Market with Alexander Marshall, a taxidermist, being appointed as curator. On 22nd June 1887, the Acting-Mayor, James Brister, officially opened the new Museum. This was a short term expedient solution to the Museum housing problem. In order to address these needs, in 1894 Mr. G.W. Smith was tasked with designed with designing an attractive small building to be situated in front of the wool market in order to house the Museum in a more suitable fashion. In this regard, the Government agreed to assist in paying for it.

The first meeting of the newly-formed Museum Committee was held on the 15th May 1906. This Committee had recently been reorganised on instructions from the Government. On the 4th May of the same year, Mr. Frederick William Fitzsimons was appointed as Secretary and Curator.

Almost from the outset, the Museum had been extremely short of space and, even though the building fronting it had been built to address this limitation, the authorities were equally unimpressed as the wool market operated from very cramped quarters and required the space utilised by the Museum. 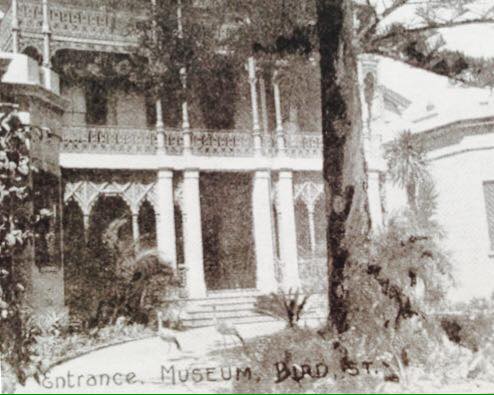 To address the space issue, plans had been drawn up to construct a new Museum in the Park but WW1 had put paid to these plans. Then the legatees of the estate of the Late Adam Guthrie offered his home in Bird Street as a museum. This offer was gratefully accepted. This house was one of Port Elizabeth’s grand mansions, built in 1861 for merchant Henry Rutherford. In 1864, it was second in value only to William Fleming’s home lower down Bird Street. 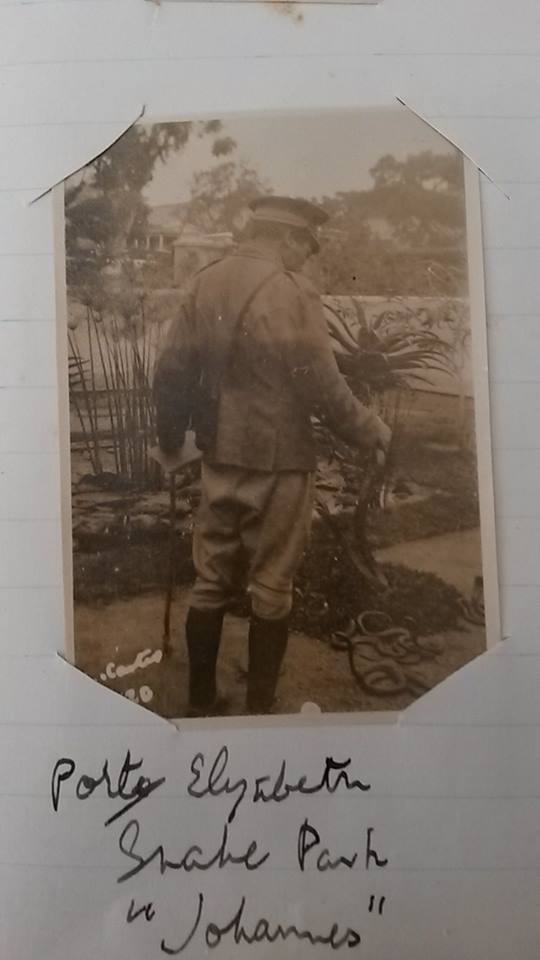 At the end of October 1918, the Museum moved from the Wool Market to these new premises and there was an unofficial opening on the 9th December 1918. F.W. Fitzsimon’s dream of a snake park could also be realised in Bird Street too. This facility would prove to be the City’s main attraction for many years world-wide. It was designed by Hendrik Siemerink, who was also responsible for the improvements and alterations completed in March 1926. The familiar red tiles and red glazed bricks from Grahamstown were part of this change. In addition, there was a heated python house, open-air aviary and a new café. A marine hall was built in 1931. 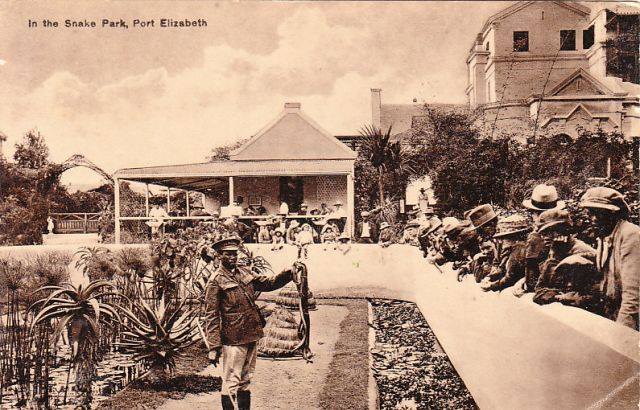 On the 9th April 1921, General Smuts visited the Snake Park. In March 1931, the Director of the Port Elizabeth Museum reported that the new Marine Hall had been completed. Furthermore he also reported that the valuable whale skeletons, which were still located in the Baaken Street premises, had been moved with the rest of the marine exhibits. As the Council urgently required the space in the market, they elected to expedite the construction by loaning the Museum £2500 to build the hall. It was also designed by H. Siemerink. This Hall was formerly opened on the 8th June 1931 by the Mayor, James Scott. The whale skeleton, being the last whale harpooned in Algoa Bay, was donated by Messina Bros, Coles and Searle. 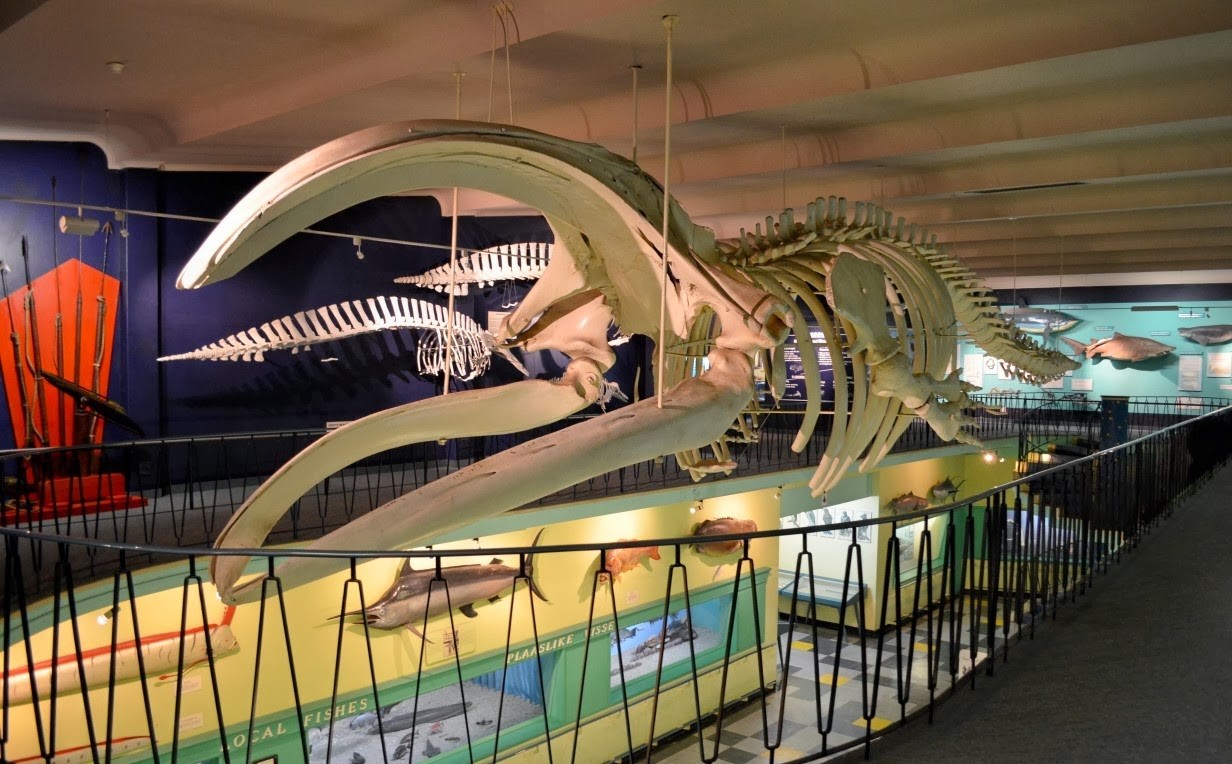 Last Southern Right Whale to be harpooned in Algoa Bay

The debut and swansong of the Seal Pond

Just in time for the 1933 Christmas Season, the new Seal Pond was opened on the 21st December by the Mayor, W.F. Caulfield. To stock this pool, the lighthouse keeper on Bird Island had been ordered to capture five seals, which they duly did. Irvin and Johnson, a local fishing company, offered to transport them across from Bird Island to their new abode in Bird Street. The seals were an immediate success as far as the public was concerned.  Attendance at the Museum improved dramatically. But this was to change dramatically and shortly. 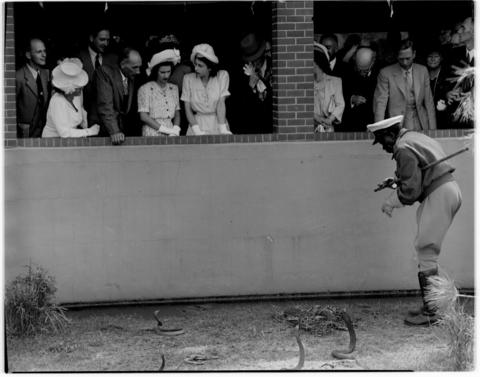 Even though the Museum authorities had considered all possible angles and foreseen no problems, it was the Museum’s neighbour, Dr Robert Leith, living in “Ellerslie” who took umbrage. The basis of his complaint was based upon the fact that his sleep was disturbed by the nocturnal noises of the seals. As a consequence, he took legal action against the Museum in May 1934. The Museum had no other option but to release the seals back into the sea. As an alternative, there was a proposal to construct another pool and aquarium at Humewood, but this was ultimately abandoned.

The foundation stone of the present Port Elizabeth Museum Complex was laid on 11 November 1958 with the new Snake Park being constructed and opened a year later during Dr Geoff McLachlan’s tenure as Director. The transfer of all museum specimens from Bird Street to the new buildings on the beachfront included the large whale skeleton presently on display in the Marine Hall was a monumental task. 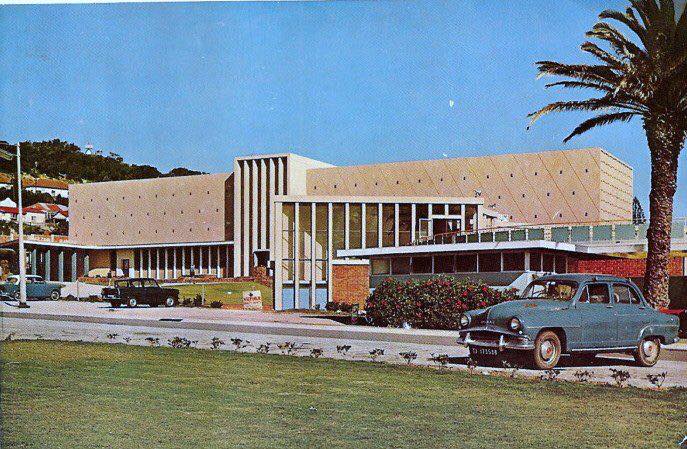 The Museum in Humewood

The new museum in Humewood was formally opened in July 1961.

Port Elizabeth of Yore: The Bus Intrudes into the World of Trams