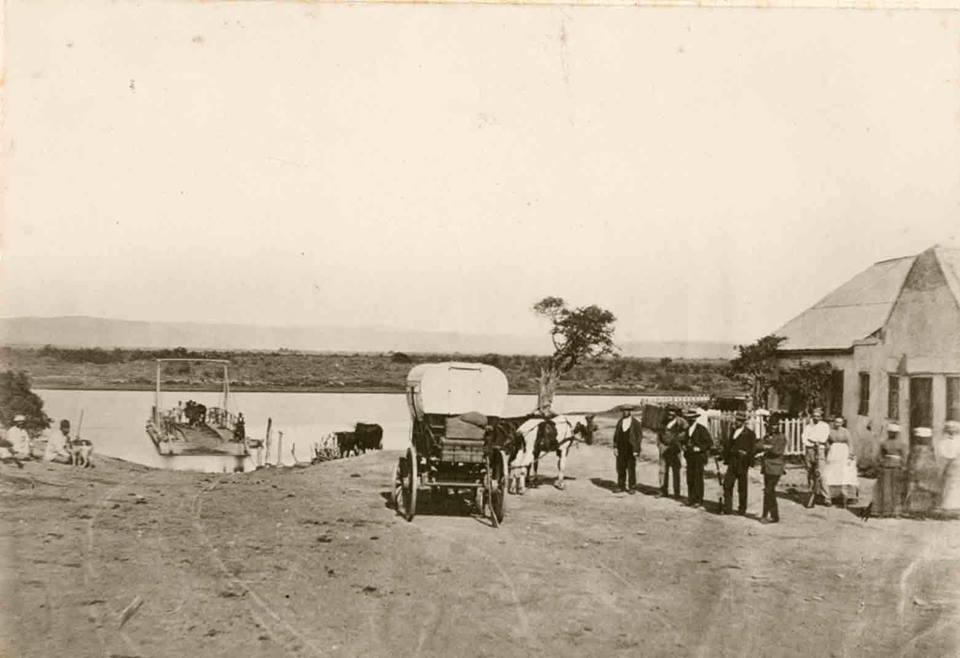 Like all river crossings before the advent of pontoons and later bridges, the travellers could only cross the river at locations sufficiently far inland so as not to be affected by tidal inflows while still being as close to the coast as possible. Furthermore both of the ingress and egress points had to be characterised by gentle slopes.

This blog covers the evolution of the crossing of the Gamtoos River from pontoon to a single lane bridge.

The word Gamtoos is derived from Khoisan meaning – ‘The place of the roaring lion’. The first Dutch farmers to venture across the Gamtoos River did so in the mid to late 1700s.   In order to prevent any movement of the burghers further eastwards, the Dutch Governor proclaimed the Gamtoos river as the eastern boundary of the Cape Colony. But they remained undeterred. When they attempted to cross the river, they were compelled to travel upstream some distance to a suitable crossing point. Apart from the usual considerations when selecting an ideal spot to establish a drift, the western bank of the Gamtoos was low lying. As a consequence, whenever the river came down it flood, the bank was flooded for some two kilometres to the west. My grandfather, Harry William McCleland, who farmed here is the late 1800s, suffered from one of the periodic floods and was declared insolvent. 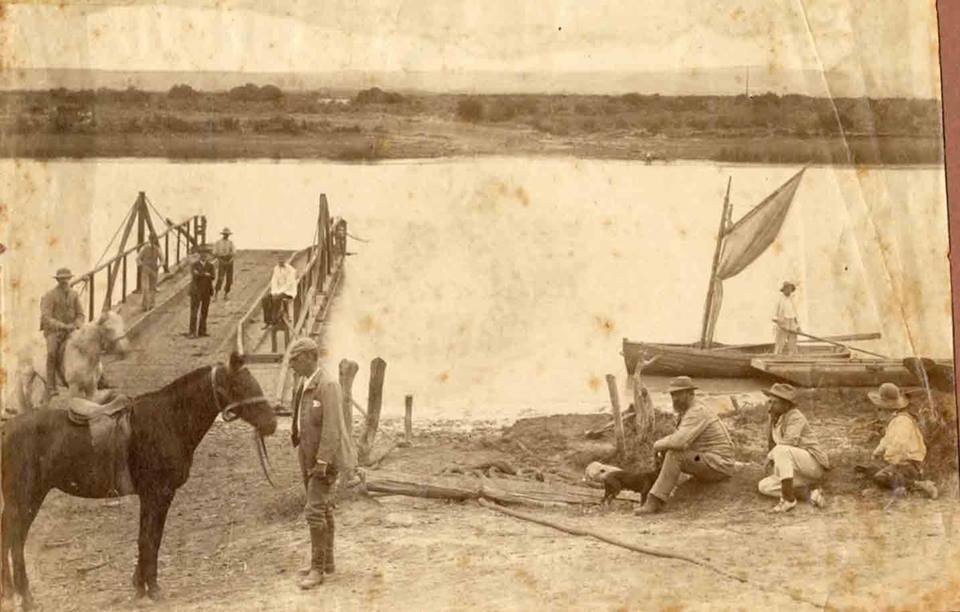 The problem was that this very primitive method of crossing a broad tidal river was frequently a source of much annoyance and delay, owing to freshets – a flood of a river from heavy rain or melted snow – and it often happened that carts and wagons were delayed on either side of the river for several days owing to the inability to cross.  As the country districts became more thickly populated the volume of trade on this, the main road connecting the Eastern Province with the west, increased, the need to find a way to bridge the river increased. Having always seen the river flowing strongly, I was surprised to learn that it dried up completely when there was a severe drought in 1877. 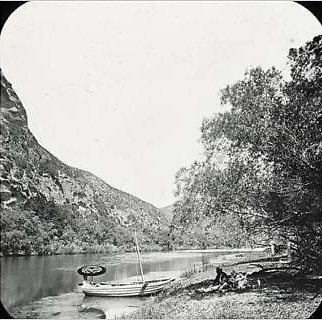 All the local Members of Parliament advocated such a bridge, with the exception of Major-General Nixon, who wished to see a causeway erected, so that, in his opinion, it could be used as a roadway as well as a means of damming the river and so irrigating the immense flat plain on the western side. General Nixon’s idea, however, did not meet with much support, and ultimately the bridge was decided on. 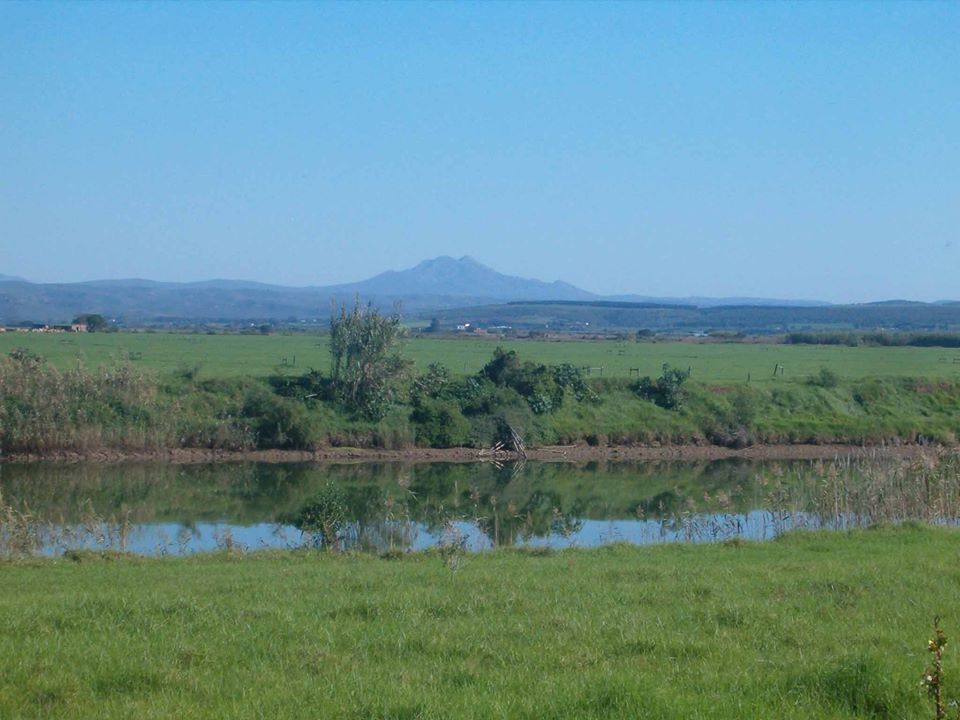 It took several years to plan and build the bridge owing to the unfavourable conditions of the bed of the river for solid foundations but was eventually completed and opened on the 3rd December 1895. The “christening” ceremony was performed by Mrs. Garcia, the wife of the Civil Commissioner of Uitenhage. who was accompanied by Mrs. C. W. Andrews, wife of the Humansdorp Magistrate. 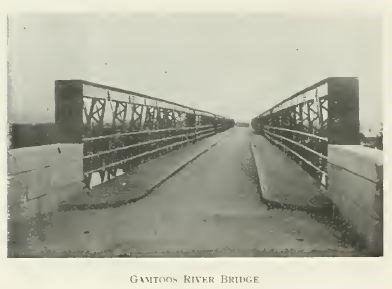 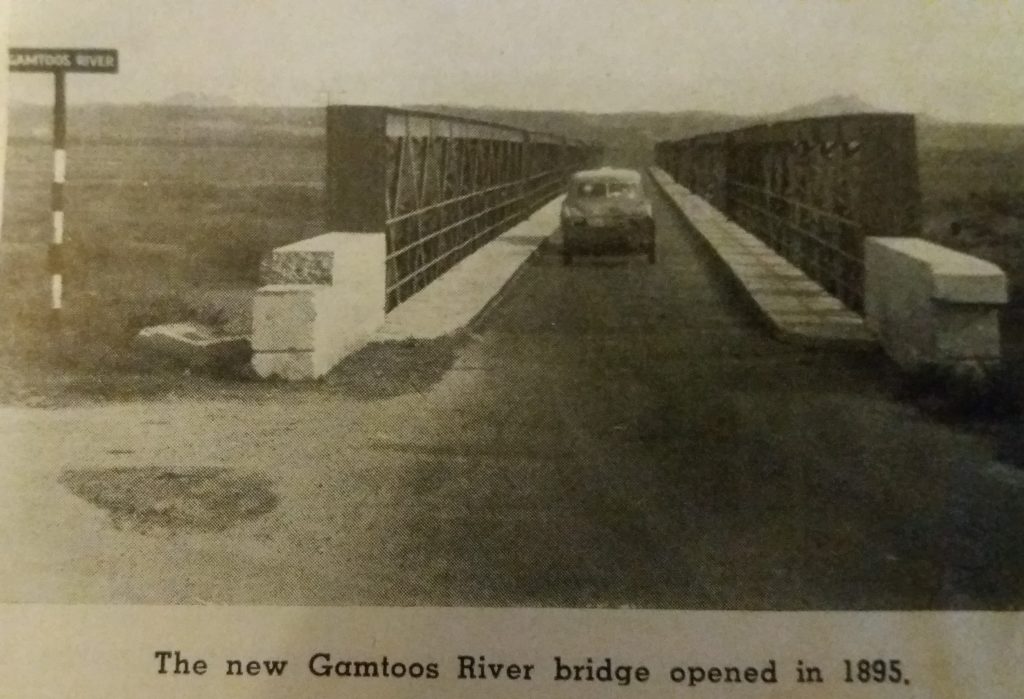 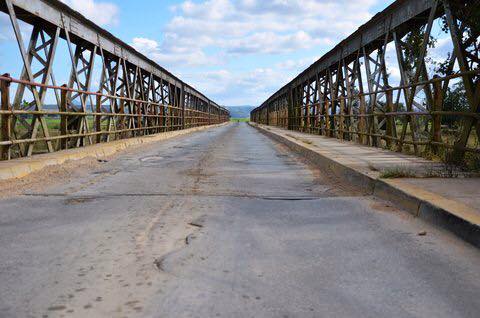 The originally estimated cost of the bridge was £20,000, but this sum was considerably exceeded on account of the delay caused by the difficulty of finding suitable foundations. It is a cylinder bridge of six 100-feet spans, and is therefore 600 feet long, with 16 feet between the abutments. The approaches to the bridge on either side cost £6000 to construct. 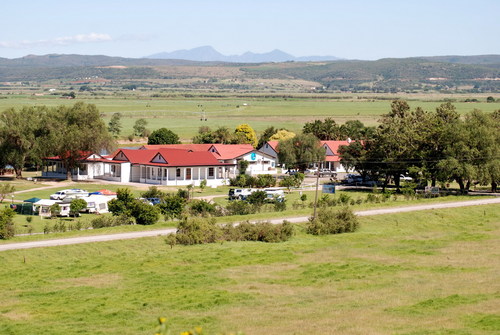 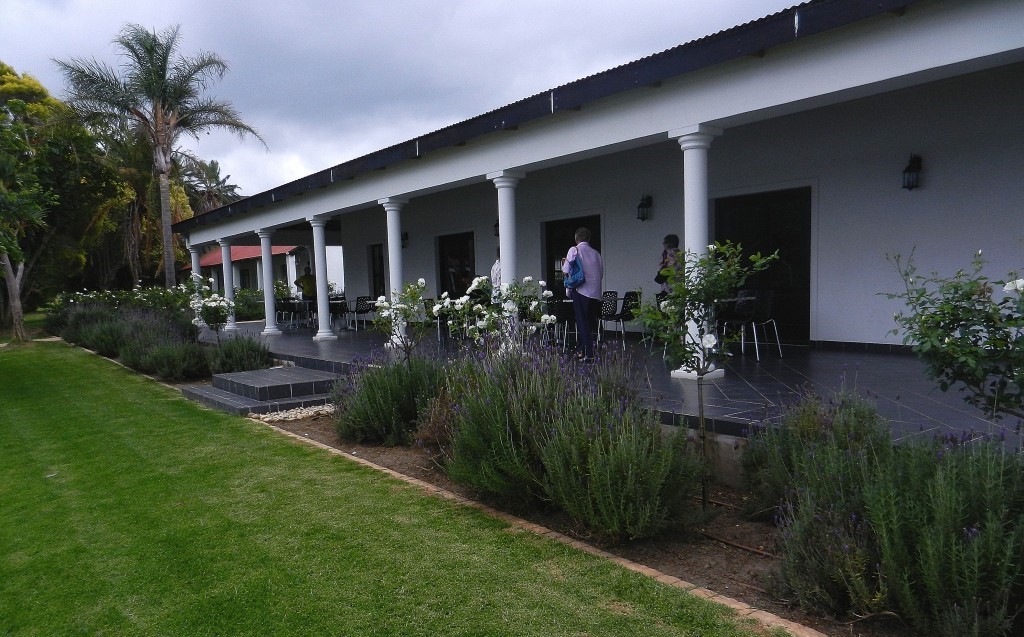 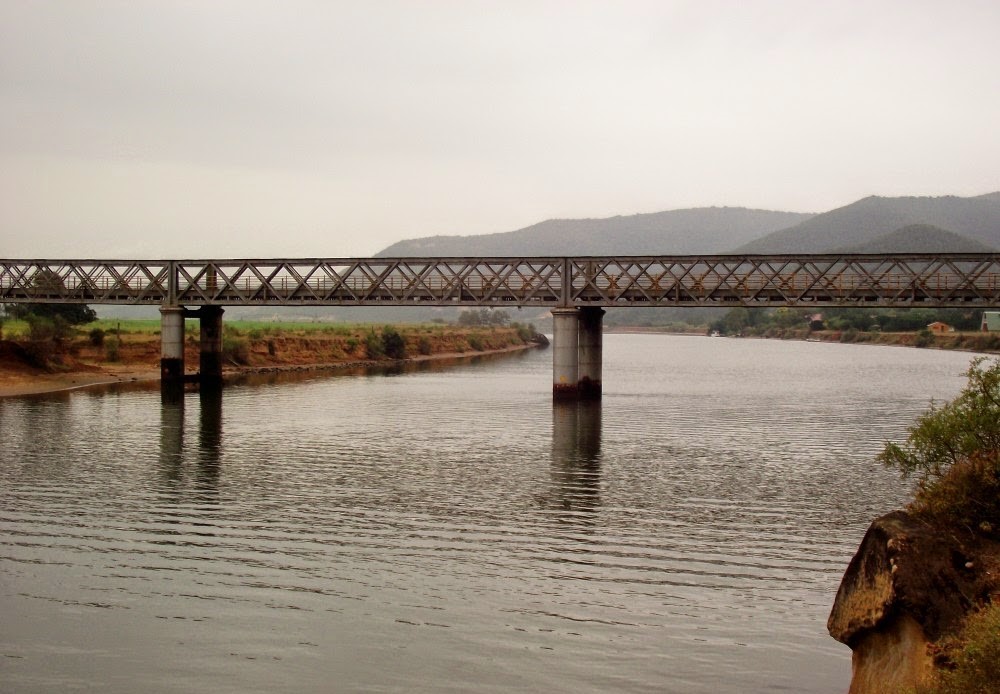 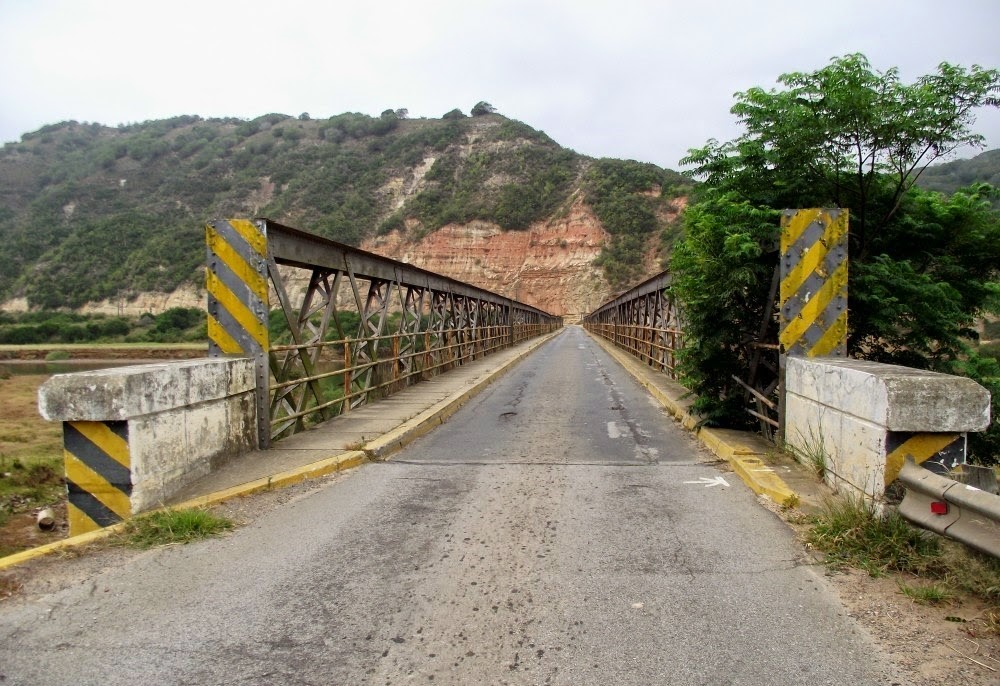 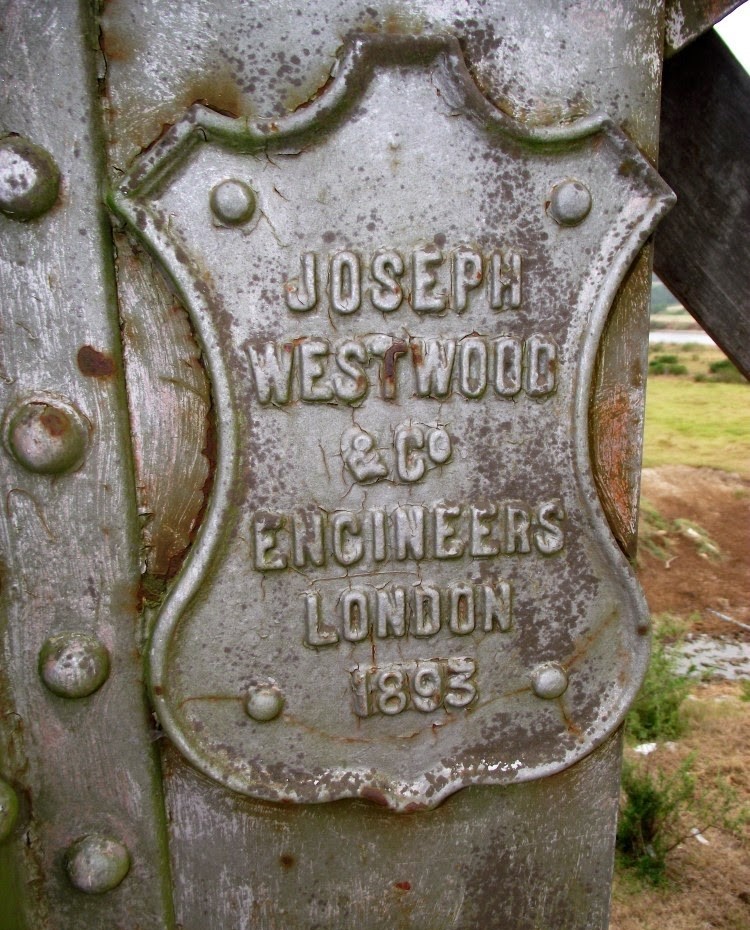 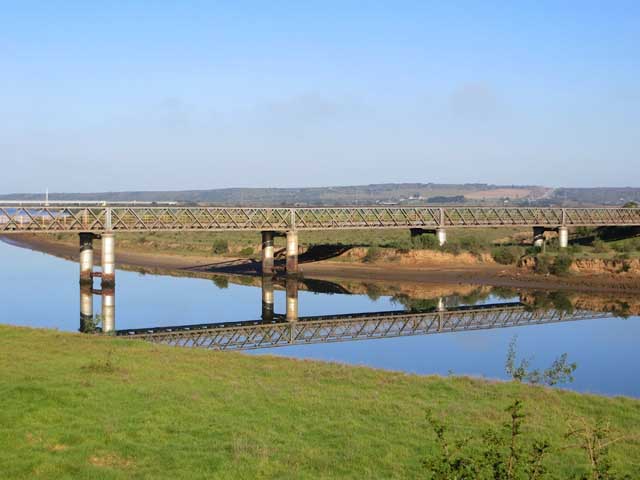 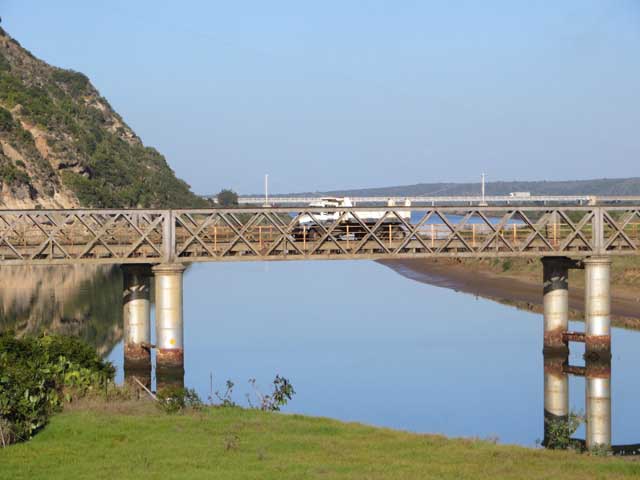 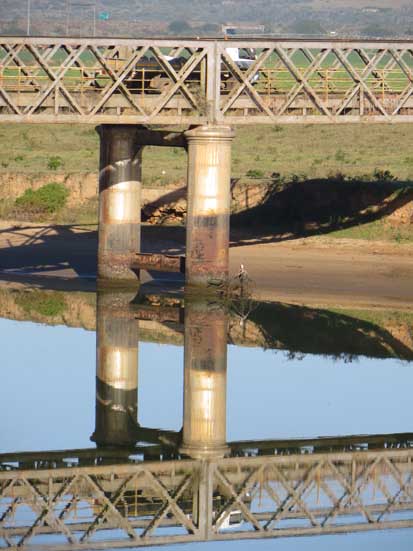 Even though this bridge has been superseded by the new concrete bridge on the N2 highway, built in the early 1970s, this bridge is still in use today.

A Century of Progress. The Story of the Divisional Council of Port Elizabeth. 1856 – 1956 by J.J. Redgrave M.A. (1956, Nasionale Koerante Beperk, Port Elizabeth)

Port Elizabeth of Yore: The 1905 Floods in the Gamtoos Valley