Sir Rufane Shaw Donkin was the point man for the British Empire in the Cape of Good Hope at the time of the arrival of the 1820 British Settlers. In his letters, Donkin reveals himself to be a kindly man unlike the cold autocrat that was Lord Charles Somerset. Furthermore, they reflect a desire to assist the colonists. In fact, he was not prepared to sacrifice principles for his own advancement. For these reasons, the Settlers were most fortunate in having him rather than Somerset in charge at this momentous period in the affairs of the Cape.

Prior to his arrival in the Cape

Rufane Donkin came from a military family and was the eldest child of General Robert Donkin, who had served with many famous British commanders including Wolfe and Gage and his Colonel, William Rufane. Young Rufane was baptised at St David’s Church, Exeter on 9th October 1772. 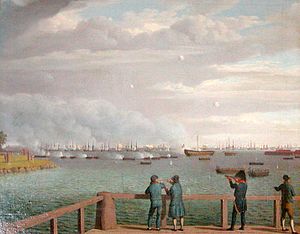 On becoming a captain in 1793, Donkin saw active service in the West Indies in the following year, gaining promotion to major in 1796. At the age of twenty-five, he became a lieutenant-colonel and in 1798 led a light battalion with distinction in Popham’s expedition to Ostend.

He served with Cathcart in Denmark in 1807 and two years later won command of a brigade of three regiments in the army in Portugal, which he led to victory at the Second Battle of Porto in May 1809. On the day prior to the Battle of Talavera in July 1809, an advance French force surprised Donkin’s brigade (positioned ahead of the main British army) before they could post pickets: the British lost over 400 casualties. Donkin fell back, rallied the men at the main line and led the brigade throughout the battle.

The Army then transferred Donkin, in the role of quartermaster-general, to the Mediterranean command. He served there from 1810 to 1813, taking part in the Catalan expeditions under Lieutenant-General Frederick Maitland (1812) and Lord William Bentinck (1813).

In May 1815, Donkin married Elizabeth Markham, daughter of the Dean of York. In July 1815, the now Major-General Donkin received a posting to India, being appointed to the Madras Presidency and then to that of Bengal. Donkin distinguishing himself as a divisional commander [2nd Field Division] under the Marquis of Hastings against the Mahrattas during the eponymous Mahratta War of 1817-1818 for which he received the KCB as his reward in October 1818. 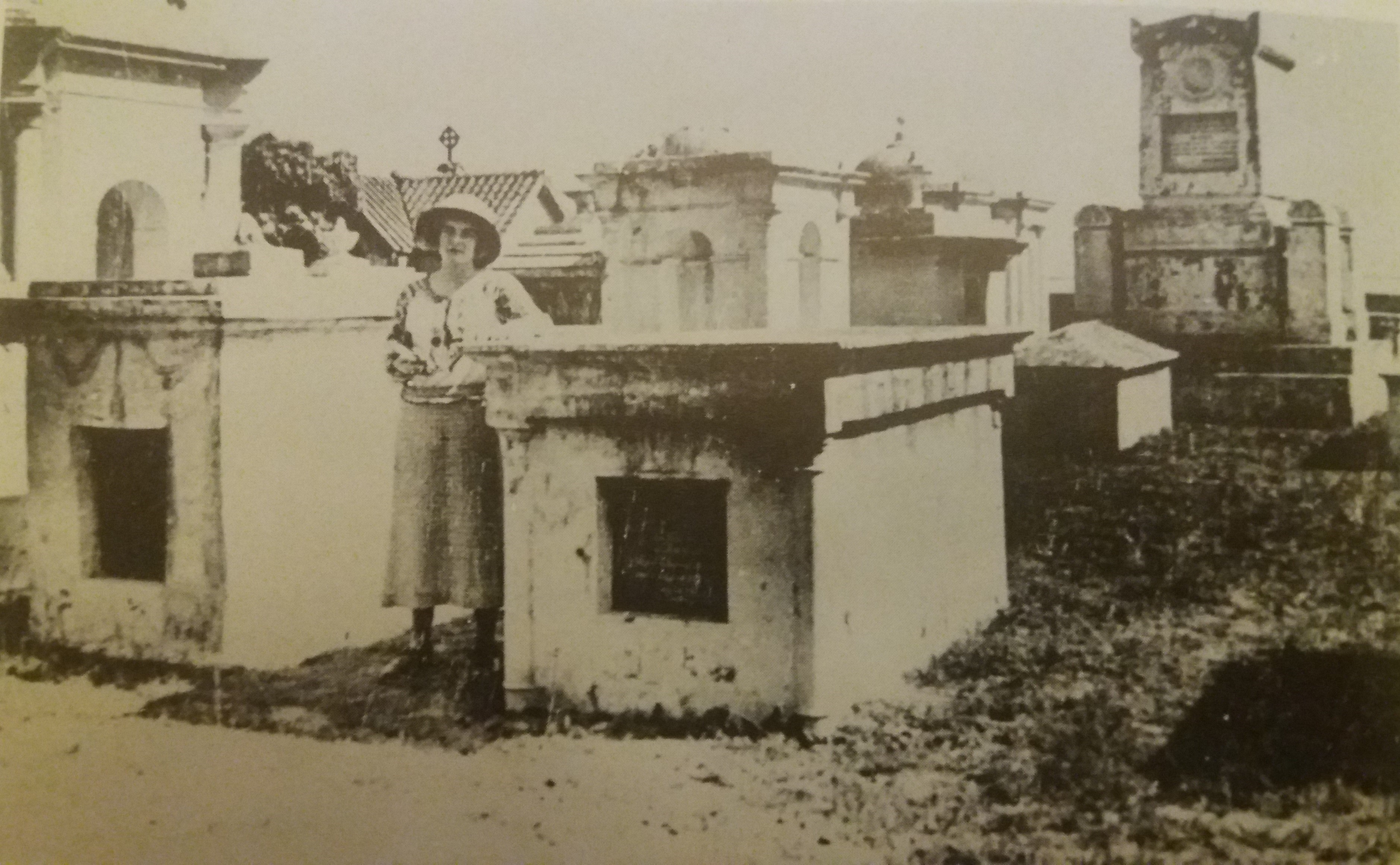 Tomb of Elizabeth Donkin in a cemetery in Meerut, India

This award did not compensate Donkin for the death of his beloved wife, Elizabeth, during the previous August. Elizabeth died of a fever at Meerut, leaving a son, George David, aged only eight months. Unable to care for this young child alone, he was sent to England to be cared for by his grandfather, the Dean of York. 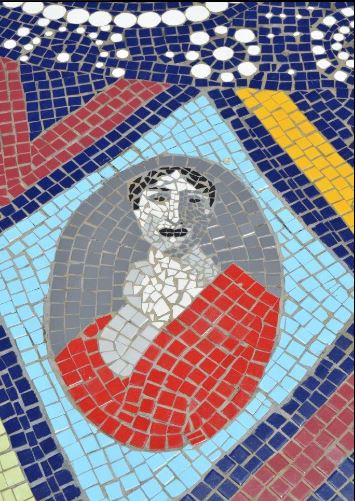 Elizabeth Frances Markham (28th August 1790–21st August 1818) was the daughter of the Very Rev. George Markham Dr, Dean of York. On 1st May 1815, she married Maj-Gen Rufane Donkin at Stokesley, Yorkshire and accompanied him to India when he was posted there. Their son, George, was born on 24th December 1817. Elizabeth was to die of fever at Meerut, in Upper Hindustan, on 21st August of the following year at the age of 28. Her grave was restored in 1988 by the Historical Society of Port Elizabeth. Her husband’s Knighthood was only proclaimed after her death. Thus she cannot correctly be called “Lady Donkin.” Such was his grief that Donkin took her embalmed heart with him to London. Subsequently it was buried with him in the family tomb at the old St. Pancras’ Churchyard.

His life is also one of romance and undying love. He married Elizabeth Markham in Yorkshire under a traditional organised marriage which was the custom in those times for the social upper classes. Remarkably, Sir Rufane Donkin truly fell in love with his beautiful young wife. Furthermore, in most cases the wives of high-ranking military officials stayed at home while their husbands were abroad. Unlike them, Elizabeth Donkin chose to be with her husband and travelled with him to India where she was to become seriously ill. The effect on Sir Rufane of her death was so immense that he had to be placed on leave from his post. 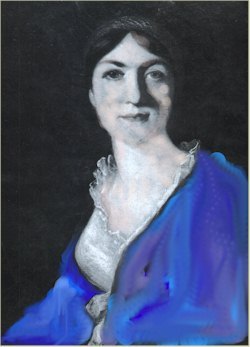 Life in the Cape

The death of his young wife Elizabeth Frances née Markham seriously affected Donkin. When returning home on extended sick leave, he travelled via the Cape of Good Hope. Upon arrival in the Cape during 1820, it was announced that Donkin would assume command as Acting Governor in lieu of Somerset who was on leave in England. Of his duties over the duration of his stay, the most important would be to supervise the arrival of the settlers from Britain and their location in the areas allocated to them. His first decision was to accept a request from the Captain Moresby of the sloop HMS Menai to assist with the landing of the settlers in Algoa Bay. To this end, Moresby set sail for Algoa Bay from Cape Town during March 1820.

During April 1820, Donkin amended Somerset’s original plan for the location of the Settlers. When Somerset had earlier intimated to Colonel Christopher Chapman Bird, the Colonial Secretary, that he wished to segregate the Settlers by nationality, Donkin misunderstood that comment to provide him with carte blanche to locate the settlers anywhere in the Cape and not necessarily, as Somerset had implied, at a different location on the Eastern Border. The effect of this change was to defeat the primary purpose of the whole Scheme which was to provide a bulwark against the Xhosa tribes on the eastern frontier.

This error of judgement was to be compounded when a magistrate, Daniel Johannes van Ryneveld, who had previously been the deputy Landdrost at Clanwilliam, commented favourably on this district to Donkin.

Based upon this unwelcome news, Bird dispatched his brother-in-law, Mr Buissine, a Land Surveyor, to survey the area. Afterwards, Buissine was to compile a report on the Crown Land available in the area. To fulfil his commitments to the settlers, Donkin required 100 acres of land to be issued as a grant to adult male settlers. In his report, Buissine stated that there was only sufficient land for 80 families whereas the estimated number of families believed to be on board the East Indian and the Fanny was of the order of 125. 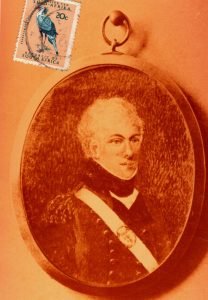 Even before receiving the report from Buissine, Donkin wrote to Lord Bathurst informing him that all the Settlers from Cork would be accommodated at Clanwilliam. Donkin then left for the Zuurveld on the Eastern Border. This lamentable cascade of events had doomed the Irish settlement from the outset. For the Irish, their journey of thirteen weeks ended on Sunday 30th April 1820 at Simons Bay – now Simon’s Town.

On the 6th June 1820, Sir Rufane Donkin arrived in the unnamed hamlet on the shores of Algoa Bay where the Settlers had commenced landing from the 10th April 1820. His role was to superintend the settlement of the immigrants to the Cape. It was on this day that he named the embryonic town after his late wife, Elizabeth.

Envisioning that a seaport would be required to service a developing interior, Donkin offered land in the nascent town to settlers who possessed capital to acquire it. To this end, he authorised the surveyor, James Swan, to prepare a plan of the lots available to those wanting to settle here. Donkin granted 1,300 acres of land north of the Papenkuils River to Charles Gurney and the settlers from Deal in Kent. This group of boatmen planned to establish a fishing village. Two of the party returned to England to acquire whaleboats but the venture was not successful being declared insolvent by August 1828. 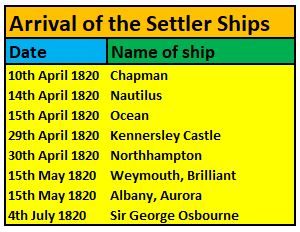 Moresby continued to provide assistance to the arriving settlers. In gratitude, Moresby was granted a large piece of land in the Baakens Valley, which was later known as Rufane Vale, and a building facing the sea was granted to him. A house, to be named Markham House, was commenced on the erf and Donkin laid the foundation stone.

During August 1820, Donkin selected a prominent site for use as a memorial to his wife. A Settler draughtsman, Thomas Willson, made drawings for a pyramid similar to that of Caius Cestius in Rome and Willem Reed supplied the stone. The builders were soldiers from the Fort. In June 1821, Knobel surveyed 5 morgen 535 sq roods (4 hectares) of land around the memorial which was to remain an open space in perpetuity. The pyramid is approximately 10 meters high and the sides at the base measure about 8 meters each. It was declared a National Monument on the 8th July 1938. 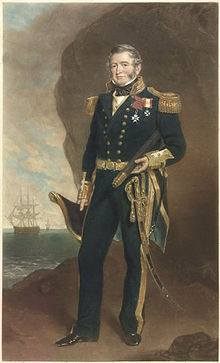 In November 1821, the still-grieving Donkin was only now able to recommence his journey to England. In spite of being a sick man and clearly still depressed due to the loss of his wife, Donkin had proved to be an able and conscientious administrator.

Life after the army

In August, Donkin was promoted to lieutenant-general and a Knight Grand Cross of the Royal Guelphic Order. The rest of Donkin’s life passed in literary and political work. He was one of the original fellows of the Royal Geographical Society, and was a member of the Royal Society and of many other learned bodies. His theories as to the course of the River Niger, published under the title Dissertation on the Course and Probable Termination of the Niger, involved him in a good deal of controversy. 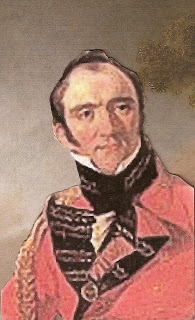 On his return to England he married Anna Maria Elliot in 1832. From 1832 to 1827 Donkin sat in the House of Commons as the Member of Parliament for Berwick-upon-Tweed and in 1835 became Surveyor-General of the Ordnance. He was elected as MP for Sandwich in 1839, and held that seat until he committed suicide at Southampton on 1st May 1841. By then he was a general, and colonel of the 11th Regiment of Foot. He is listed as one of the important graves lost during railway construction work and recorded on the Burdett Coutts Memorial in Old St. Pancras Churchyard in London. 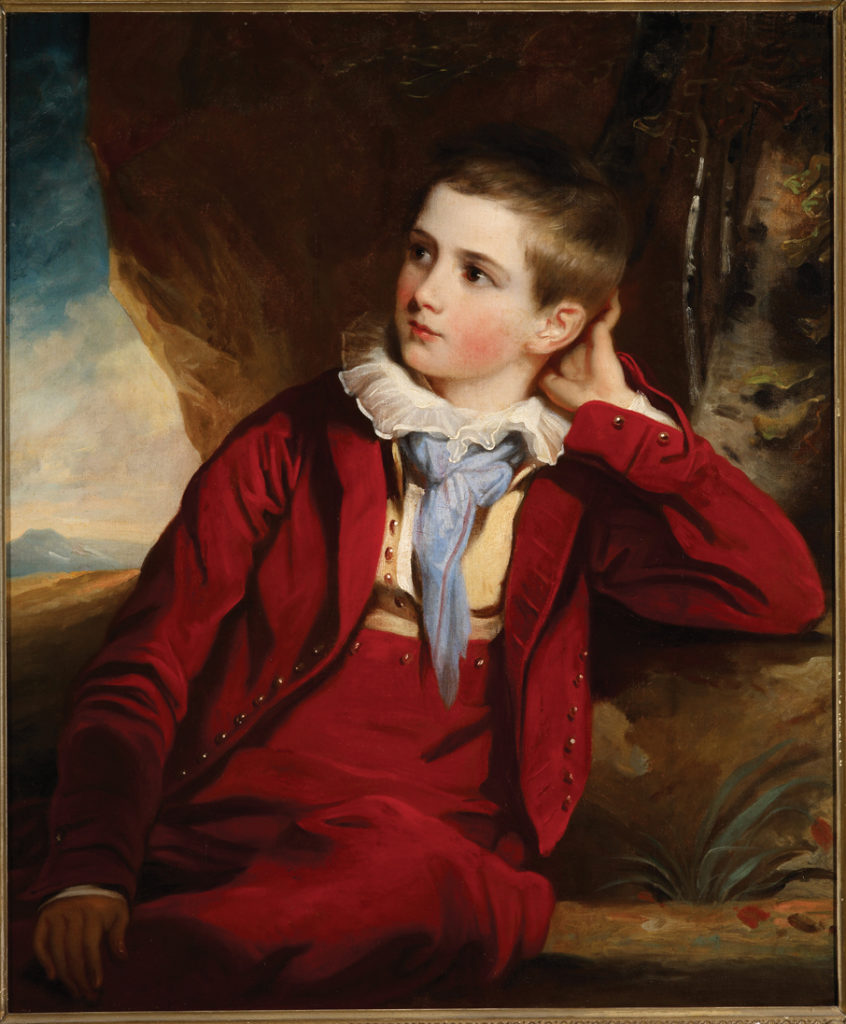 A report in the British newspaper, The Spectator, of 8th May 1841, records his suicide as follows:

Saturday, at Southampton. Sir Rufane had for some time been labouring under mental derange-ment; and had more than once told Dr. Haviland, his medical attendant, that he thought he should at some time commit suicide, but that he did not think he should have sufficient strength of mind to do it. He was usually attended by two keepers; but on Saturday he retired to his room, and feigning to be sleepy, requested the man who was with him to leave him alone. The man complied, and Sir Rufane locked the door. When the keepers, and afterwards Dr. Haviland, knocked at the door, he snored as if asleep. They were alarmed, however; and when nearly half an hour had elapsed, before a ladder could be procured and his room had been entered through the window, he was found hanging by a handkerchief to the rail at the foot of his bed. An inquest was held on the body, and a verdict of Temporary Insanity was returned. 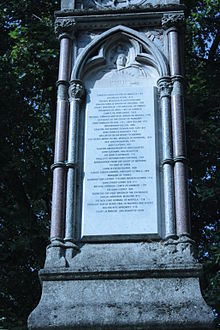 Clearly the loss of his first love lay heavily on his soul but exacerbating it must have been the death of his father in March of that year as well as that of his son soon after that of his father.