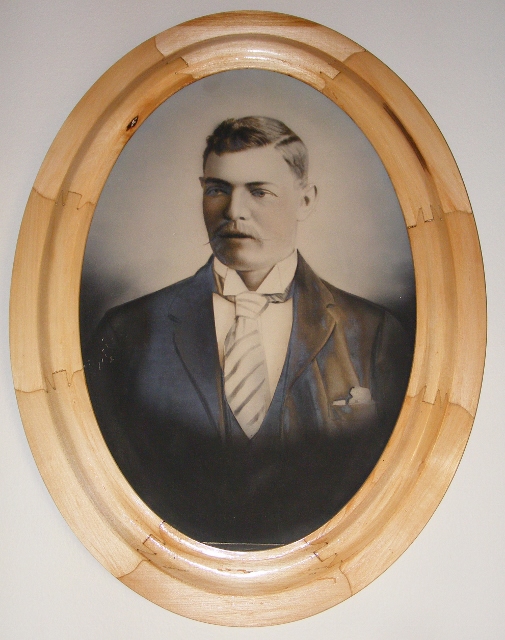 Robert Leslie McCleland has kindly succumbed to my pressure and tender mercies to produce a history of his line of the McCleland family. As I am totally in the dark regarding what I call the Gerald McCleland lineage, I am extremely grateful for his filling in this part of the McCleland clan’s history. 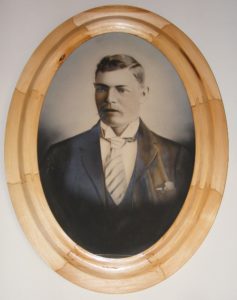 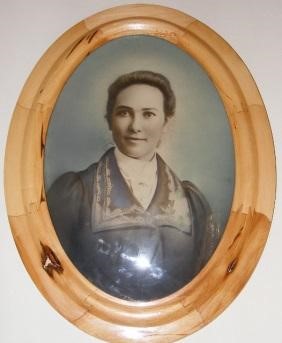 Will we ever know how much their genes played a part in the way we do things today? Maybe even in the way we think! In the Scriptures it says that Levi, generations later, paid the ‘tithe’ through Abraham to Melchizedek, while still in the body (loins) of his ancestor’ (Heb.7:10). 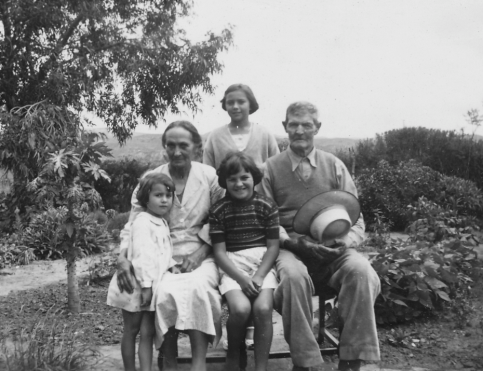 Gerald Farrington McCleland, wife, Alice and their grandchildren. The three girls are the daughters of their only son Leslie McCleland, so they are Rob’s sisters: Back row, Cynthia, front row: Patty, gran Alice, Shirley, grandad Gerald. Alice and Gerald had two children: Leslie and Iris. Iris didn’t have children, so Leslie’s children were the only grandchildren.

Grandpa, what can I say about him? My mind goes back to a few years before he died in the Gamtoos River Valley. He and Gran lived on Gordon Wiid’s farm about 400 metres from the narrow gauge railway line going up the valley to Hankey and Patensie. We stayed another couple of kilometres further on towards Hankey.

According to my eldest sister Cynthia, Grandpa worked a farm called ‘Diepkloof’ in the early forties near Thornhill on the way to Gamtoos and later moved to the Gamtoos Valley.

From information, I found in a book called, ‘Die Brullende Leeu Getem’ the history of the Gamtoos River Valley, it seems when he moved to the Gamtoos Valley he started farming on George Colling’s farm, Boschhoek opposite the Gamtoos station. They used a steam engine to irrigate their lands and Grandpa would use the river to ferry his vegetables to the railway bridge across the river and then to transfer them to the station where they were sent to the Market.

To me he was a hardworking, gentle, man. We as children would often take a plate of food, wrapped in a cloth, to him in the land behind the house where he would be working. I don’t remember having any long conversations with him, in fact very little. I remember well the day my parents arrived back from attending his funeral. A real sad day that was! 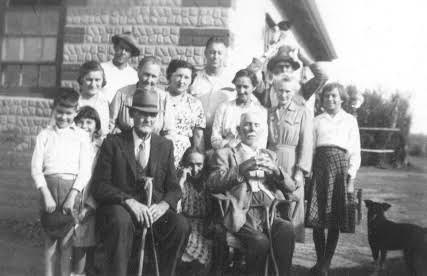 We have photos of all the family members at the house of Granny’s siblings on the farm near Salem, but I don’t remember much about Grandpa and Gran, except from the photos. I’m sure my sisters would be able to remember more about those days there.

I remember her as a hardworking, serious person. I remember often seeing her, on her knees, smearing the kitchen floor with a mixture of cow manure and mud made into a paste. It would be very hard when dry and did not have an overpowering smell. My memories are very sketchy and I don’t remember that there was any close relationship with my Gran. When we moved from the farm at Buffelshoek to Uitenhage, I seemed to lose contact with Gran. I know she lived to a good age but as a young man, my interest did not include her, which is regrettable.

When these photos were taken, I was only a twinkle in their eyes! I can only let my imagination run a little wild to think of the interesting courtship they must have had! Handsome couple they were! 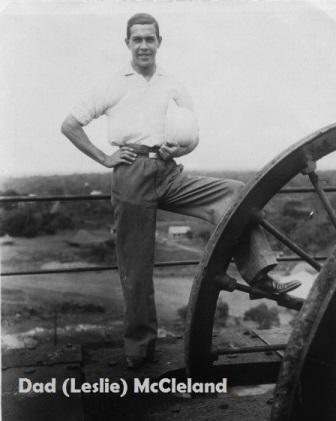 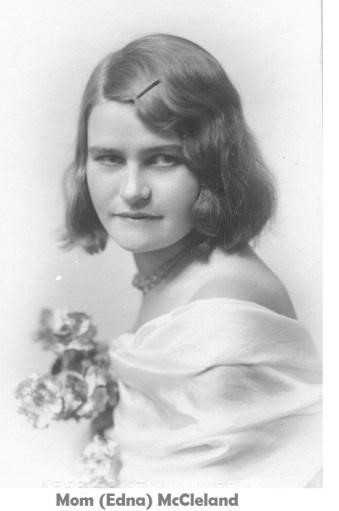 I was told that my Dad was overjoyed when he heard that he had a son when I was born. He, I think, was very much like my Gran in that they did not always show their emotions toward you that much. I was known as Robbie to the family but Dad would call me Robert! On my birthday, he would hand me a blue envelope with ‘Robert’ written on the front and a R2 note inside, wishing me a happy birthday, maybe a kiss on the head. So growing up with Dad who was a little distant, we would get to know each other as time went on in the things that happened or were said between us. Where Dad had difficulty showing love to us, Mom made up for that in so many ways! She protected us like a ‘hen’ with her ‘chicks’! 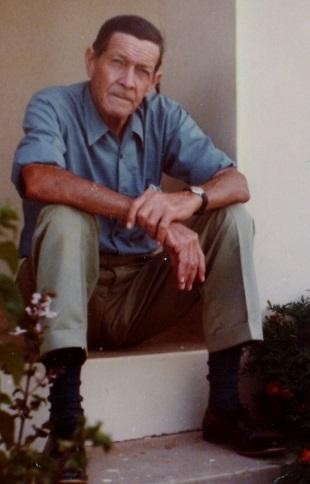 He was a hard worker like his Dad. He and Mom experienced many difficult years on the farm. I did not know it at the time, but the financial situation seemed to be the main thing. I have always been thankful for those years for I have enjoyable memories of the first decade of my life there. Going to market with Dad, watching the river flooding the valley, going hunting with my cousin, ten years older, scaling the “kranse/krantze” across the river, snakes and all! 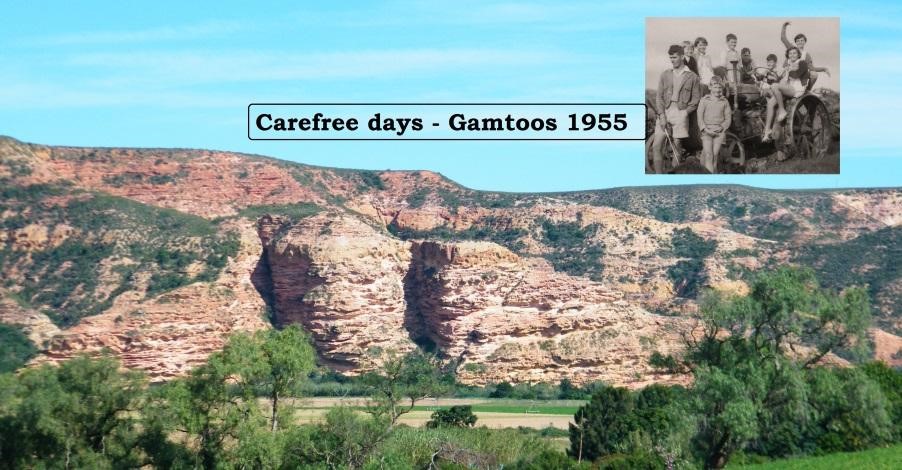 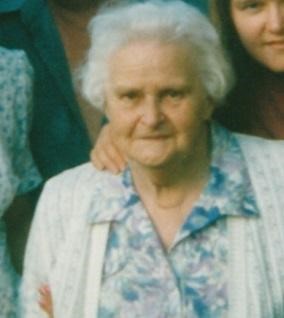 Mom thought we were angels! We could do no wrong! If you accused any of her children, her brown eyes would lose that twinkle and would be a steady gaze and she would defend her ‘chicks’ for all she was worth! She was a wonderful mother to us!! It was hard to see her get weaker and weaker as she neared her time to depart to be with her Lord in December 1999.

About two years before Dad died, I had a dream about him. On our farm in the Gamtoos Valley next to the railway was this steep hillside with many loose rocks. He would often warn us about the danger of climbing that mountain. Now in my dream I was climbing this mountain with my Dad. As we were nearing the top my Dad slipped and started tumbling down. I could see him falling and hurtling to his death at the bottom. I felt so helpless, so I cried out to God to help him! I saw him tumbling towards the bottom and then, just before he hit the bottom, it was as if a giant eagle swooped under him and carried him heavenward!

When I awoke, I had this interpretation; Even though he will not listen to the Gospel message now and hurt himself along the way, the Lord said, “He will be saved!” Two weeks before he died, while breathing with the aid of an oxygen mask, he accepted the Lord’s invitation to receive His

forgiveness and life in His Kingdom!!  We will meet again one day! 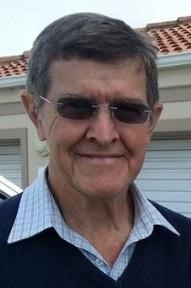