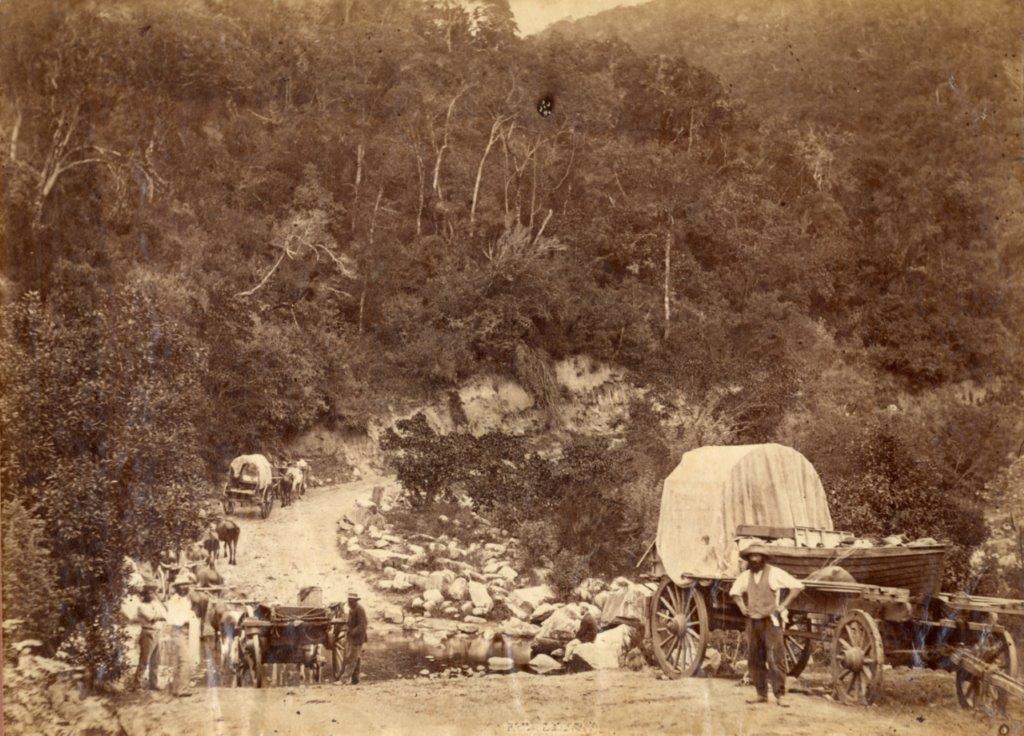 As the Dutch boeren trekked ever eastwards in order to escape from authority, they encountered an enemy of a different kind: a series of rivers in steep defiles. The one solution was to bypass them by traversing the Langkloof route. The final challenges were the Gamtoos and Van Stadens Rivers.  The Gamtoos was the easier foe as it could be crossed by making a turn to the north. The Van Staden river was a foe of superior mein.

Van Stadens Pass is a passage through the gorge of the Van Stadens River and is locally  known as the iPospathi – the  post road, for it was with the opening of the pass that post was conveyed by way of the road for more than a century.

Main picture: Crossing the drift in 1870

END_OF_DOCUMENT_TOKEN_TO_BE_REPLACED 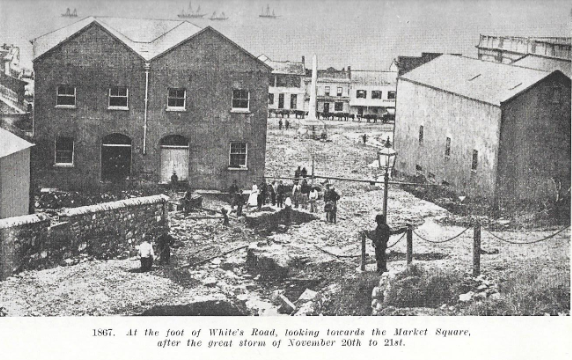 Like all the major roads up from the centre of town to the top of the hill, these roads were originally kloofs with streams and steep cliffs. So it was with White’s Road. The original steep embankments on either side precluded the construction of buildings except for the Opera House.

This is the story of this significant road in Port Elizabeth’s history.

Main Picture: This is the earliest extant photograph that I can find of White’s Road. It shows the devastation after the torrential rains of 20th & 21st November 1867.  END_OF_DOCUMENT_TOKEN_TO_BE_REPLACED