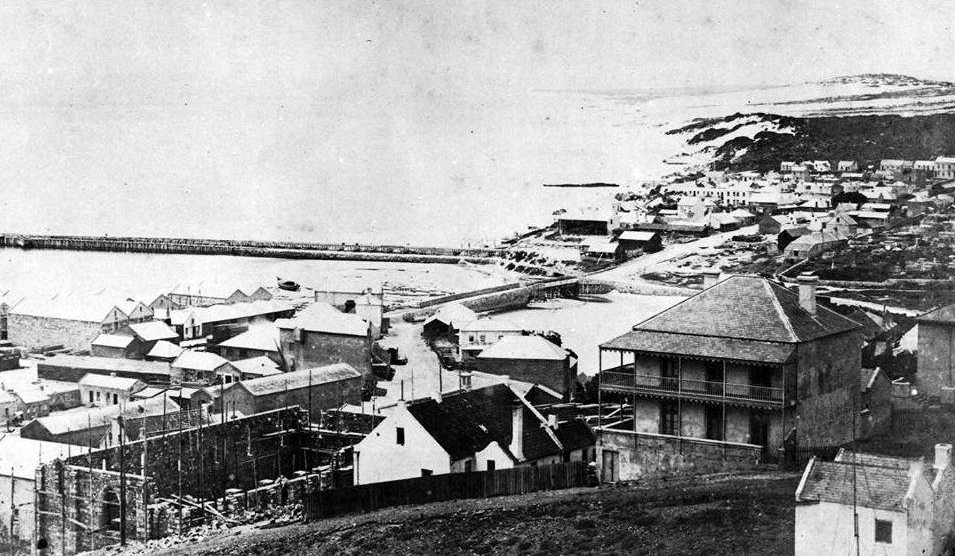 Was it a Comedy of Errors or Merely a Dose of Reality?

With the rapid growth in exports from Port Elizabeth, incessant demands arose to build a proper harbour in the form of jetties and a breakwater. The initial attempt at harbour building was the construction of a jetty using the wreck of the vessel Feegee as its base. Its usefulness was short-lived as a sudden gale drove several vessels through it, irreparably damaging it.

Various configurations of a breakwater were later proposed and the design that was adopted was constructed just south of the Baakens River. This was the start of a town’s nightmare as first the sea and then a flood were to silt the harbour up, posing a threat to the operation of the landing beaches. Instead of a crowning achievement, this episode resulted in not only the necessity of dismantling the breakwater but even more disconcerting, it caused the postponement of the construction of the breakwater and quays by 60 years.

If successful, it would have been a transformative change for a town in no small measure defined by its primitive method of discharging cargo onto flimsy lighters out on the roadstead.

Main picture: The breakwater south of the Baakens River – a fatal design flaw