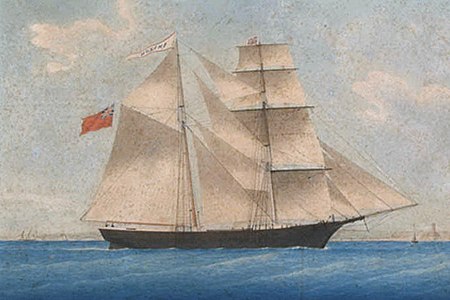 The Mary Celeste, which is often erroneously referred to as Marie Celeste, was an American merchant brigantine discovered adrift and deserted in the Atlantic Ocean off the Azores Islands on December 4, 1872. The contents of the vessel, including the cargo, was still intact and useable. All that was missing was the lifeboat.

Eight years prior to this mysterious occurrence, Port Elizabeth bore witness to a similar incident which occurred off Cape Recife when a full-rigged sailing ship named Scindia was spotted drifting. For historical accuracy purposes, should the Mary Celeste not be referred to as the Scindia redux instead of vice versa?

Main picture: An 1861 painting of Mary Celeste (named Amazon at the time), by an unknown artist