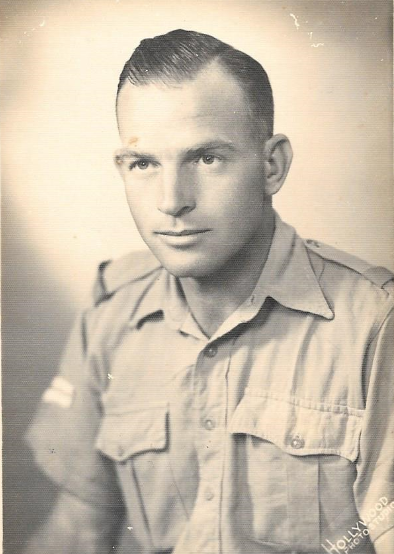 Never once did my father ever discuss his involvement in WW2 let alone regale us with stories of the war. Today I bemoan the fact that he was not more open & forthright about his participation; any vignette, however mundane, would have provided an insight into what he had to endure, what was risible and what was hilarious.

Despite the fact that he had contracted polio as a youngster, and hence was technically not eligible for military service, yet he duly and dutifully volunteered.

Military duties comprise two categories: active service and non-active service. The latter encompasses experiences such as how they survived on a litre of water per day, the scorching heat or the cloying  oppressively, hot southerly khamsin winds. In my father’s case, being an artificer and a driver precluded him from direct contact with the enemy. Nevertheless, all of his other experiences could have provided a valuable peep into a lost world.

This blog is solely based upon his Military Record which Steve Groeneveld, a running friend, has been able to obtain from the military in Pretoria.

The only “memorabilia” of my dad’s wartime experiences were a number of pieces of military equipment – a hand grenade, a 6-pounder shell and a 25-pounder shell casing – and about a dozen photographs.

While he might never have discussed his wartime activities and experiences, what he was vocal about was his views on war. Sometimes when Blaine and I re-enacted WW2 battles in the backyard, he would make some scathing comment sotto voco about not comprehending the reality of war. I was keenly aware of his abhorrence to war in any form, and hence attributed his unequivocal and unabashed atheism to this fact. What also no doubt contributed to his antipathy to religion was his bitter experiences as a boarder in an Afrikaans Boarding School in Alexandria as a young child. Suffice to say, both were immensely formative periods in his life.  By extension, how could God allow such despicable acts and behaviour? Without it sounding too melodramatic, both episodes in his life were formative. 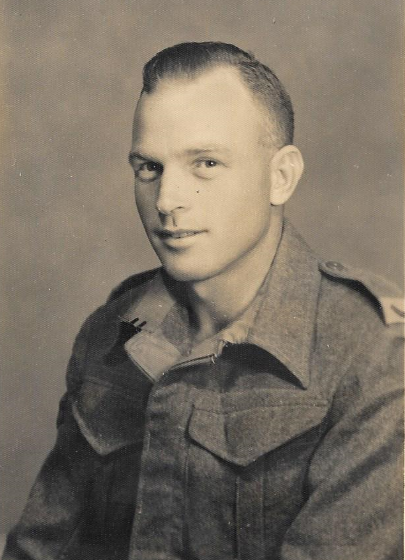 As the original medals have been lost, I am in the process of purchasing replacement medals. Once acquired, I will mount them together with his cap badge in a frame. The ultimate intention is to create a similar montage with my grandfather’s medals. 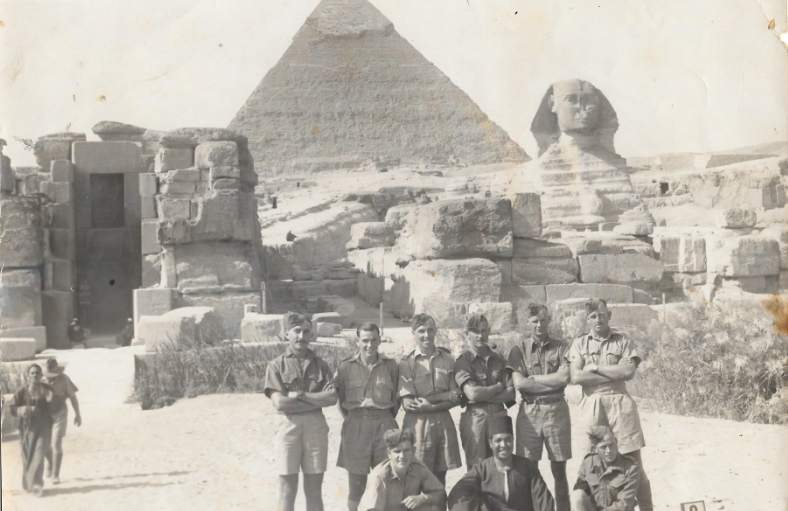 Harry Clifford McCleland in Egypt during WW2 [On the right bottom] 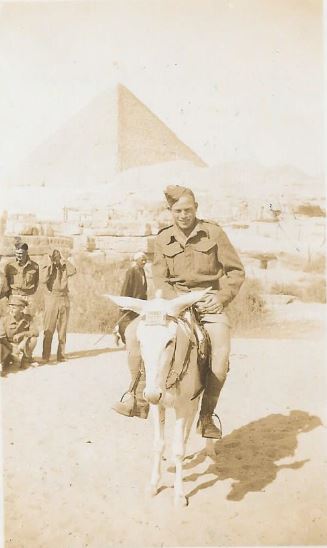 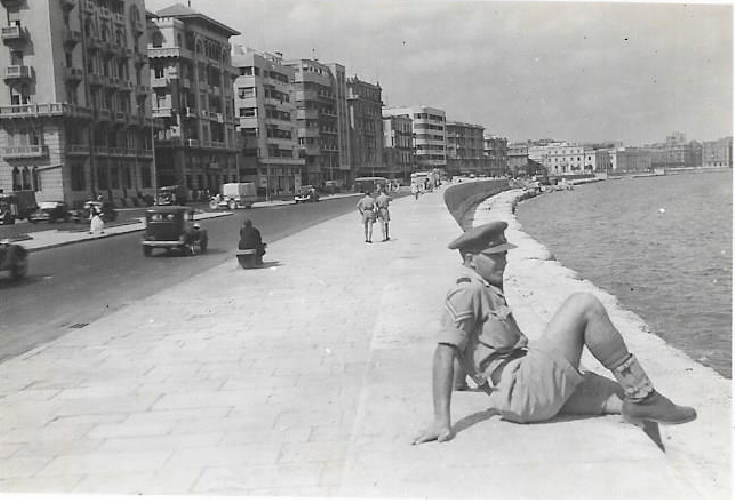 All movements by military personnel were performed in terms of an Order. During this period, two types of Orders were used:

As the military were not permitted to be deployed externally, they had to individually consent to be employed “overseas.” Furthermore, there was a distinction between Permanent Force and Volunteers with the volunteers having a Force Number suffixed with a V. 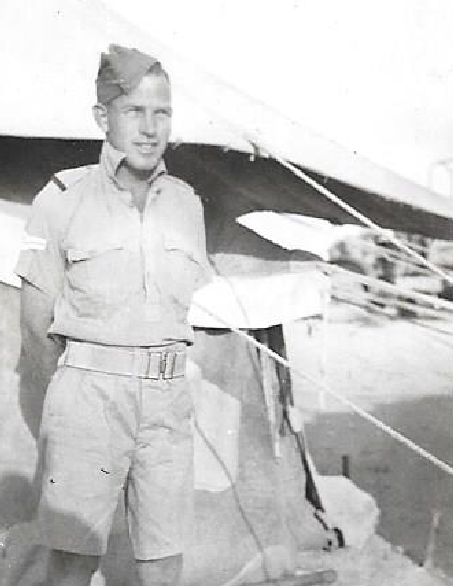 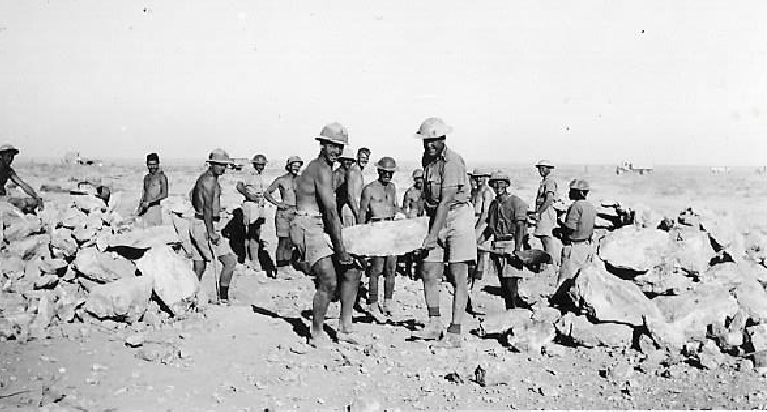 From attesting on 10th July 1940 until his final discharge on 9th January 1946, five and a half years later, Harry Clifford McCleland served his country in their time of need. Notwithstanding that, he never experienced one day of active service where his life was endangered.

In reality, it must have largely been a boring, wasteful period of his life. Most probably on discharge, he would have felt the need to compensate for lost time. That is what caused the baby boom as the post war explosion in births was referred to. 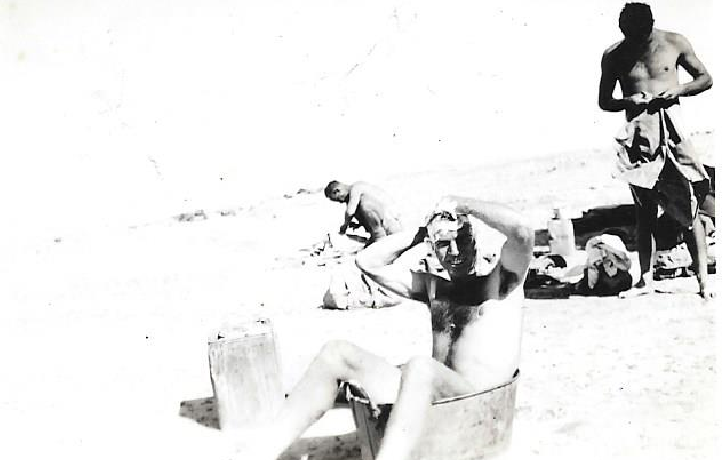 Many standard but the occasional idiosyncratic abbreviations are used in the Military Records. This is how they were interpreted.

Many of the abbreviations used are probably idiosyncratic and were no officially sanctioned. I have included all such abbreviations for the sake of completeness. 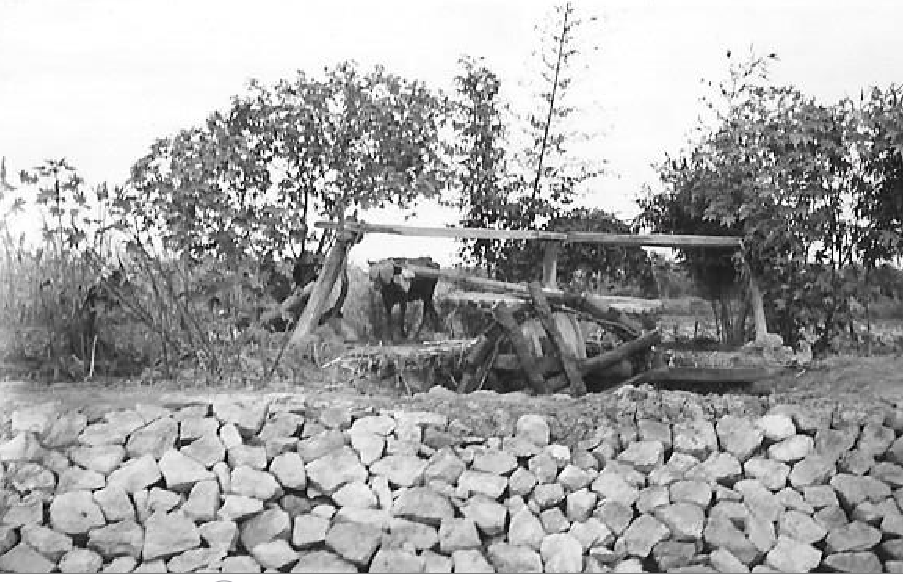 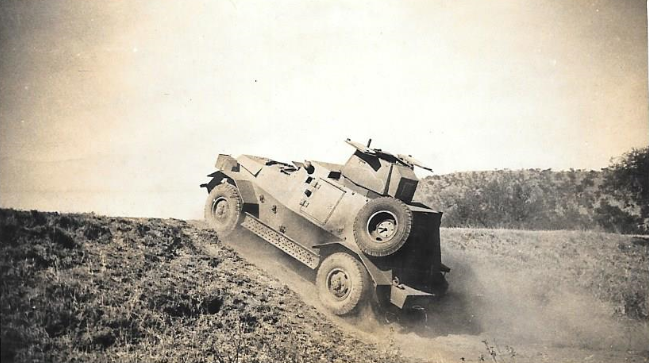 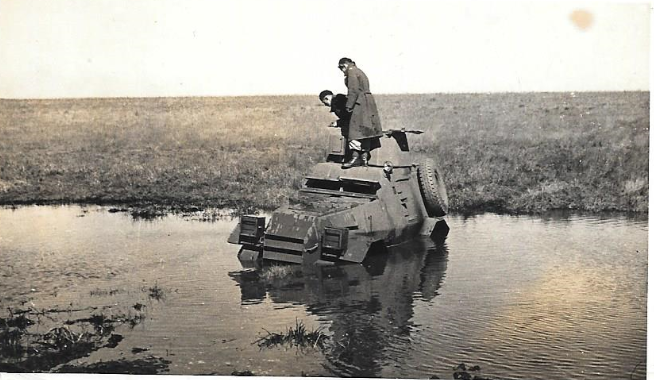 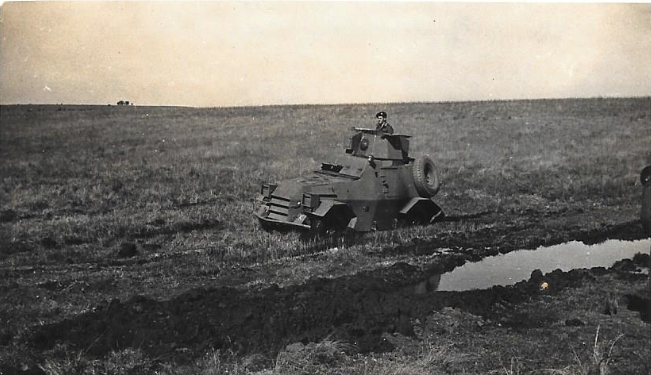 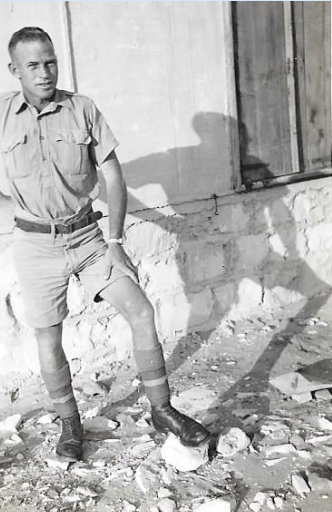 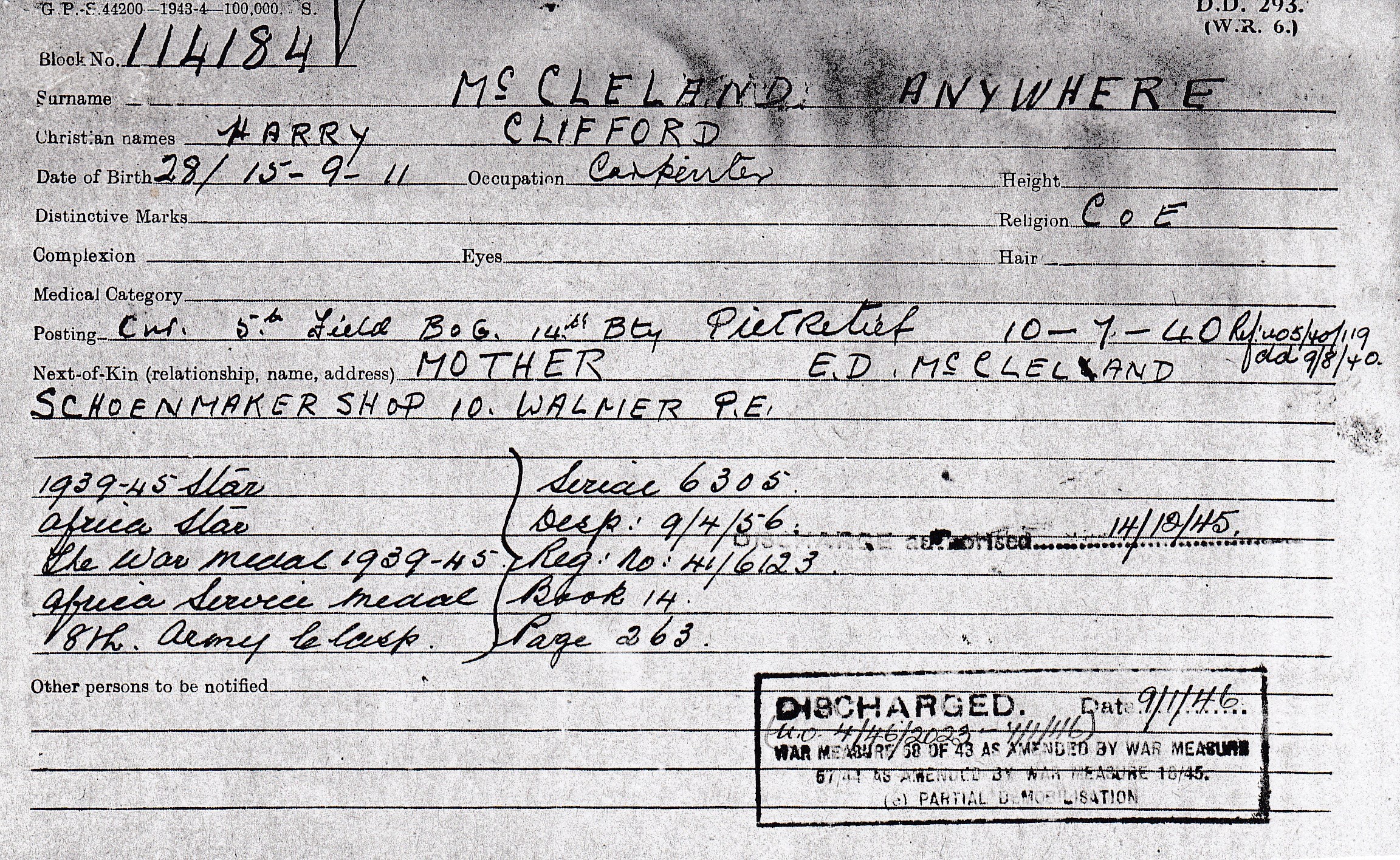 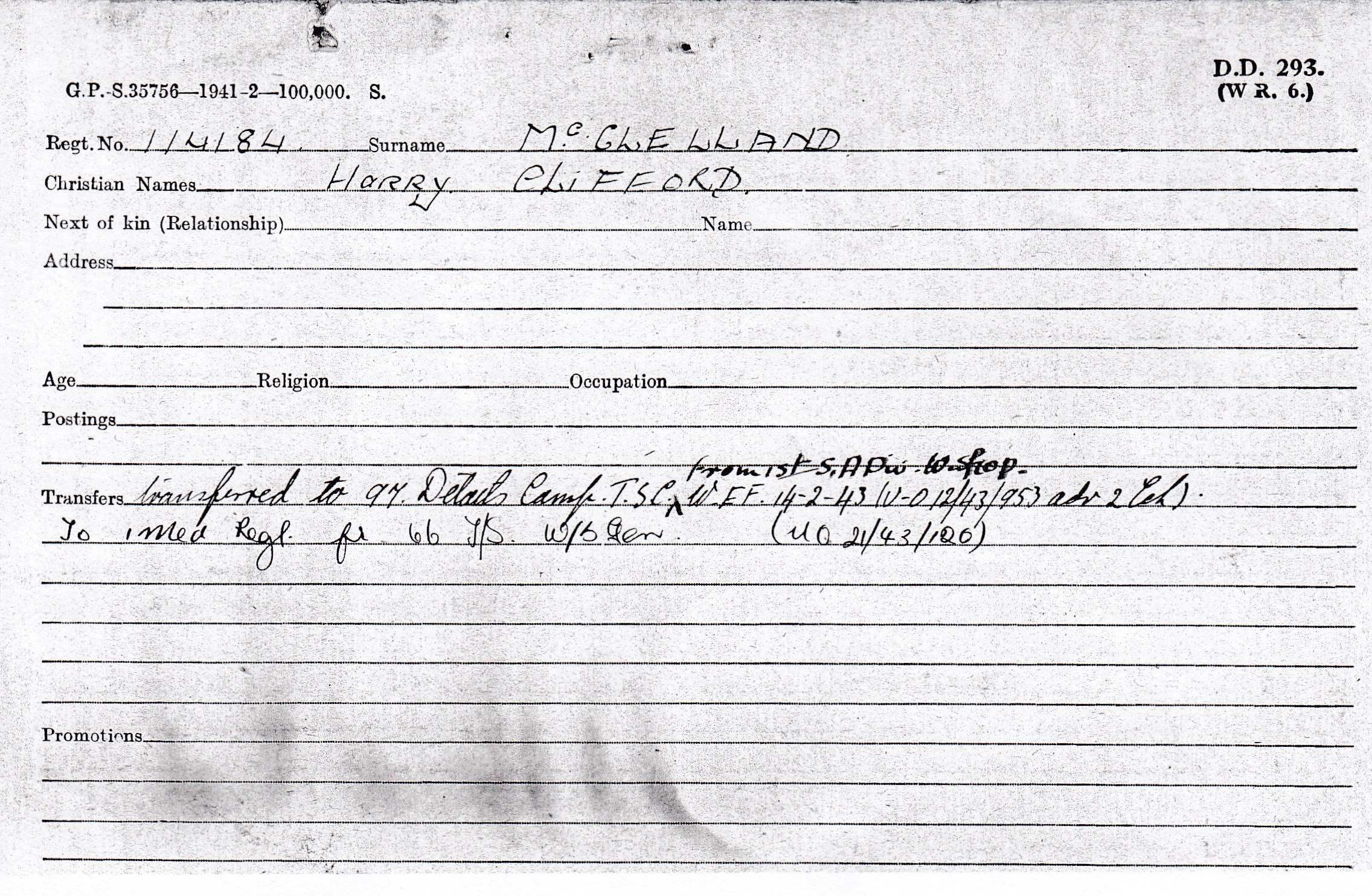 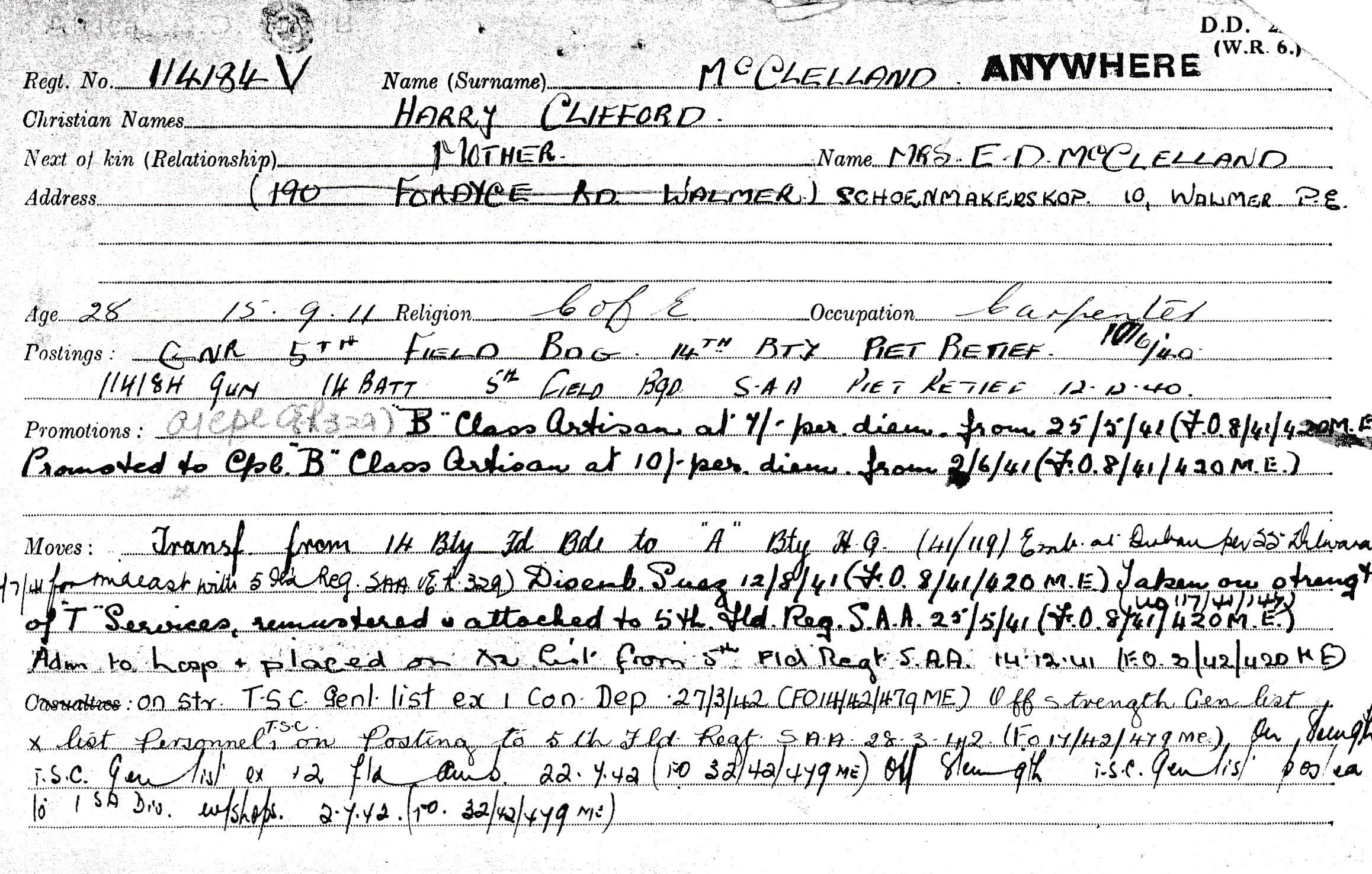 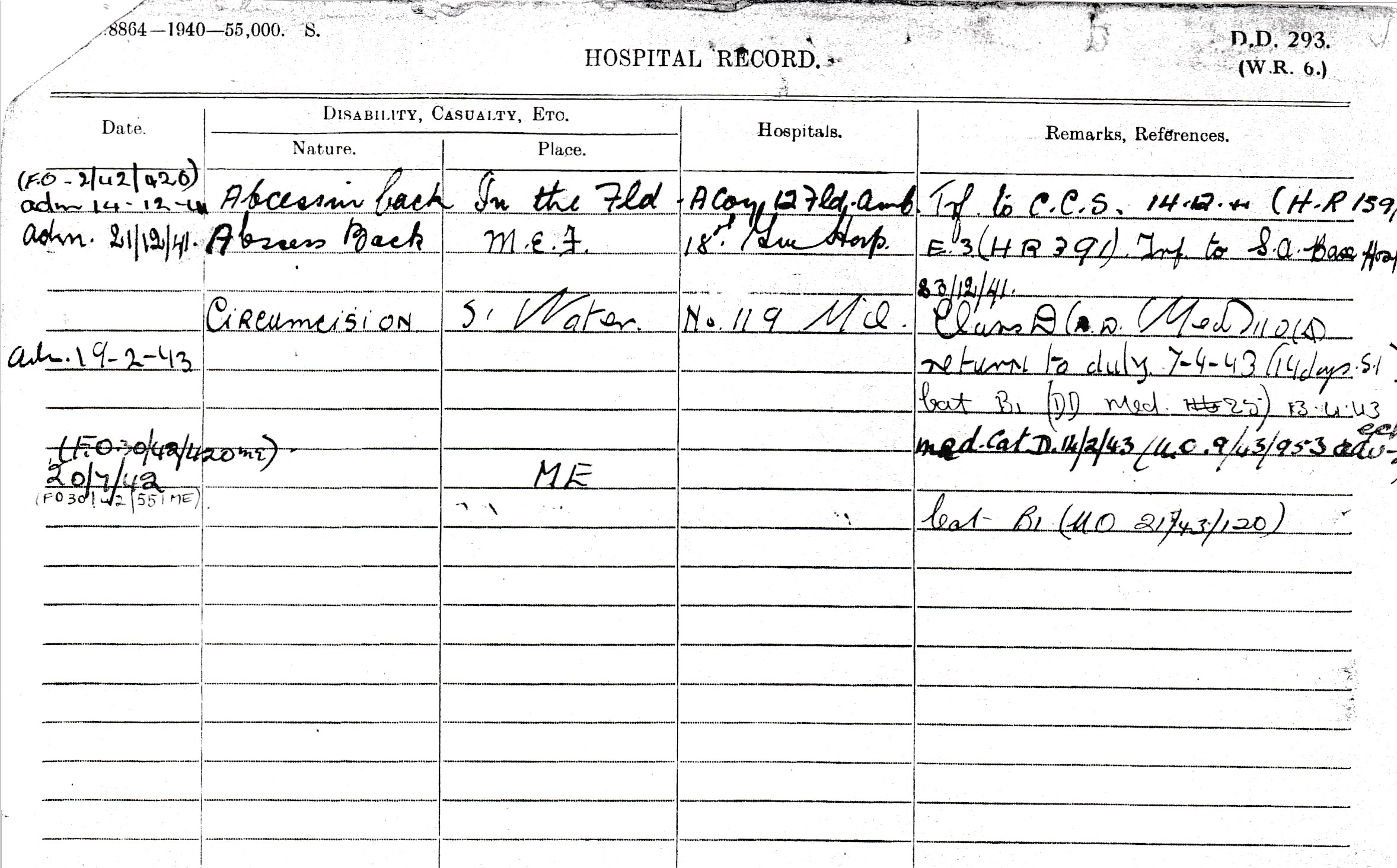 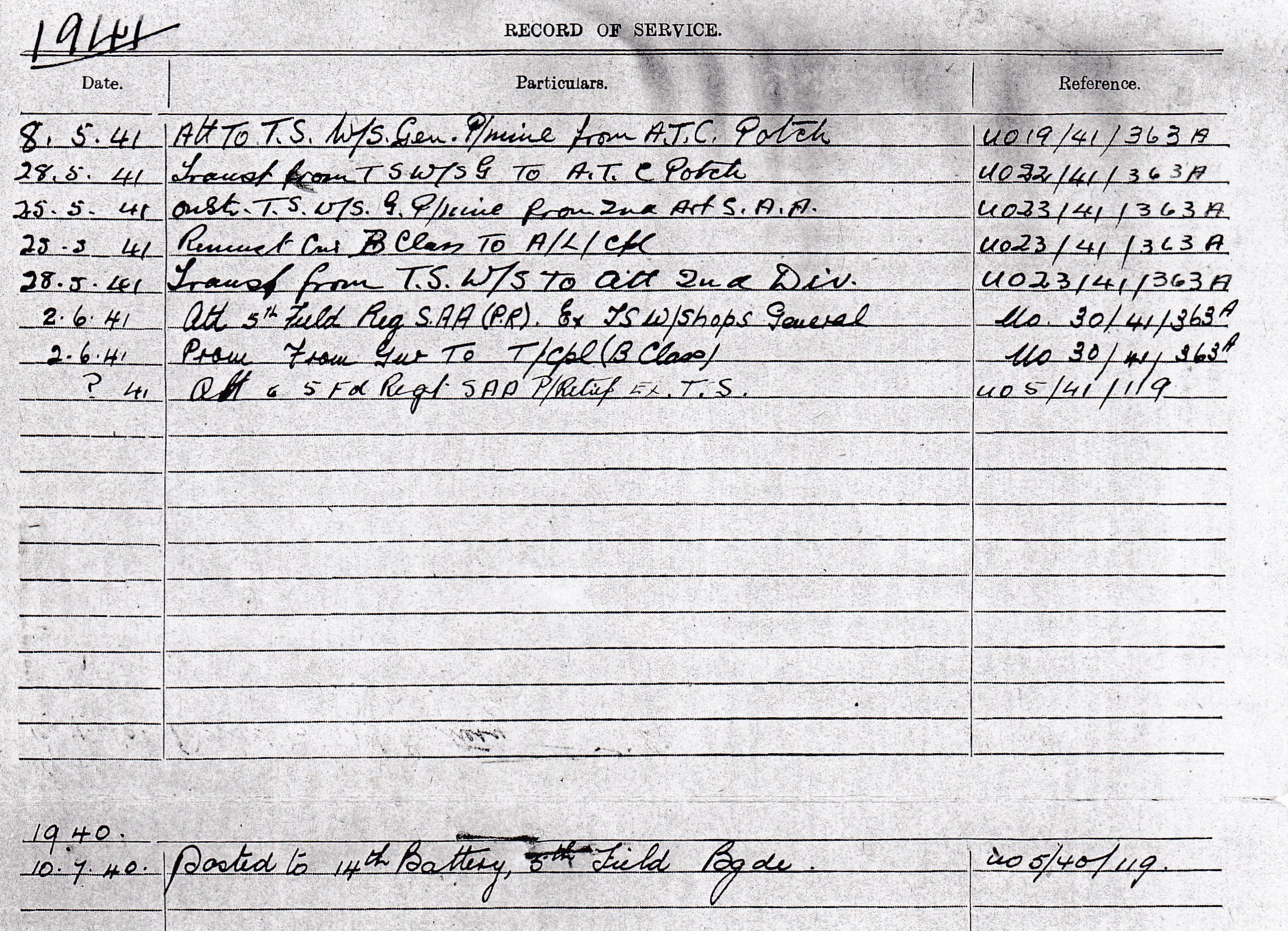 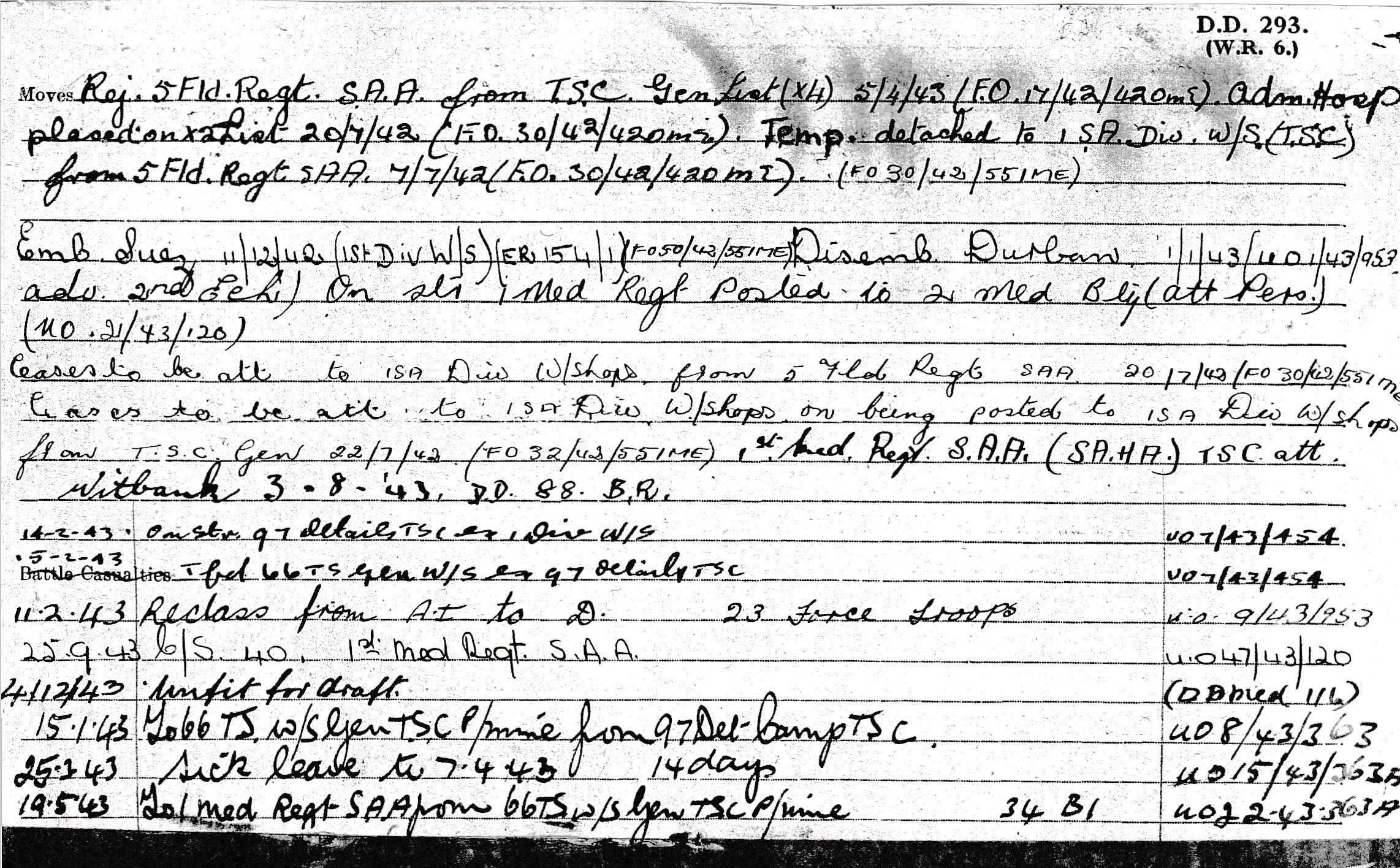 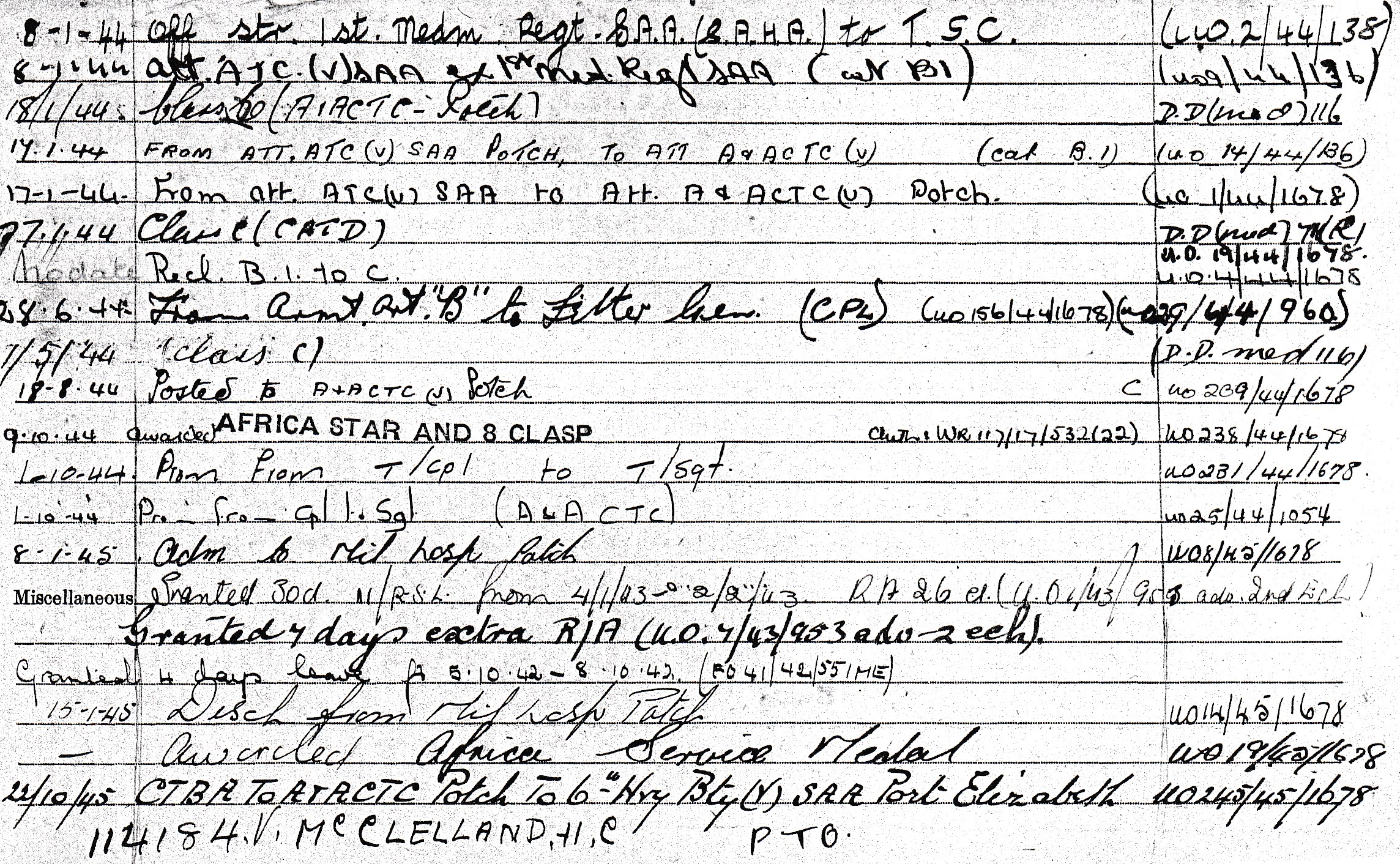 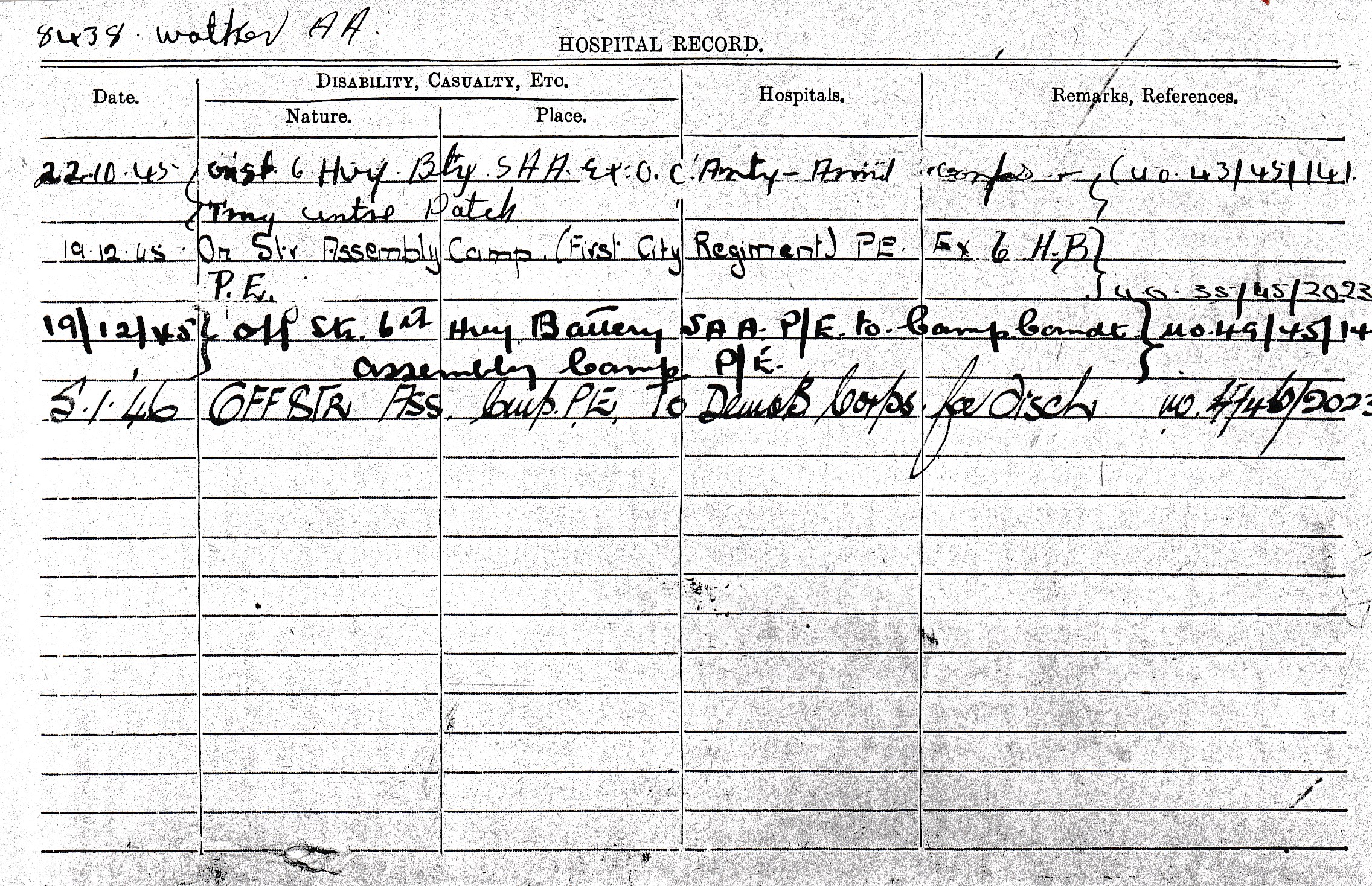 Port Elizabeth of Yore: The History of the Prince Alfred’s Guard’s Drill Park