This is a poignant tale of taking two novices through their first marathon. On 22nd March 2009, two unwilling victims – Arnold Paikin and Johann Scholtz – were dragged through their first marathon. This blog chronicles the pathos and pain of that experience. The first half of the blog is my experience of that baleful race and the second is Arnold’s plaintiff riposte to an uncaring slave driver – that is me. Tell me which version that you believe. His or mine?

My version of that momentous day

Clearly it would not be terra incognito for me having already done in excess of 90 marathons & ultras. Contrary to expectations, I have a view that, despite having completed so many, one’s body is not designed to run that far; especially mine. The reason that I say terra incognito is that if one has never run a marathon before, one probably extrapolates from how one felt after a half marathon & imagines – wishful thinking really – that another 21kms cannot be that difficult. Surely not? How can it? What is not factored into that equation is that the body exhausts its glycogen supply after approximately 30kms and then one hits the wall. Apart from that, the body at that point is no longer making timid suggestions that would the mind please desist from such stupid behaviour but now throws a tantrum in the form of pain, blisters & generally becomes bolshie.

Like lambs to the slaughter, after many years of using the Chinese drip treatment, both Johann “Langman” Scholtz & Arnold “Only Wussies train for Marathons” Paikin, agreed to run their first marathon with me. Maybe the joke was on me: being overweight & undertrained a marathon was beyond my ability. But at this point after calling them all sorts of unpleasant names with wussie being the mildest, how could I retract my offer?

The biggest problem on Sunday morning was finding the guys. Parking at the Joburg Botanical Gardens was chaotic. Not that we were like a bunch of females who first had to powder their faces & go to the loo together but for more prosaic reasons: I had their number and we wanted a team photo. The start resembled Comrades with TV cameras capturing the mood and choppers buzzing overhead but there was no Chariots of Fire. 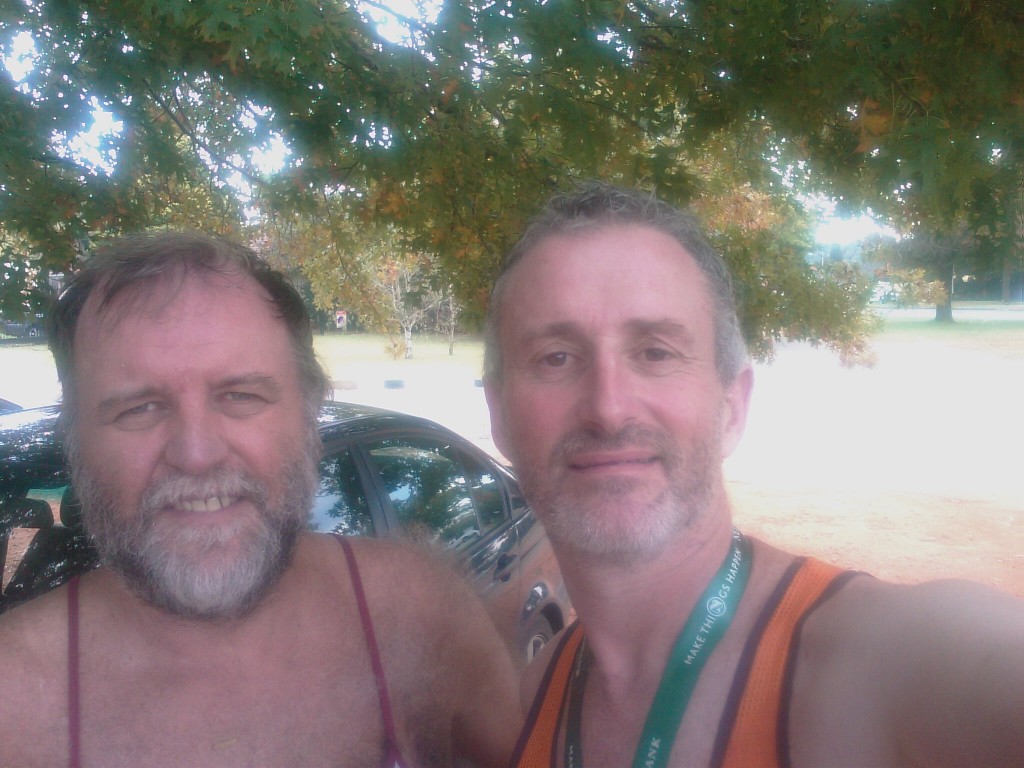 Despite all his protestations to the contrary, who looks the most drained and haggard after their ordeal.

In spite of my protestations to the contra, Johann said that he would stick with us. Having recently completed the Half Iron Man, I instinctively knew that he was faster than Arnold and I. With Arnold having religiously stuck to his well documented training plan which simply comprised the words No Training, I knew that I would have to nurse his reluctant body through the 42kms and leave Johann to his own devices.

Sure enough, after one kilometre of our slow plodding, Johann was champing at the bit to surge ahead. Ultimately he got the message and sped off, much to my relief. He would be OK.

At 15kms, Arnold’s ill-conceived training plan fell apart totally unexpectedly. His body told him in no uncertain terms to stop with this silly nonsense. With Arnold mumbling inane comments, I was aware that the die was cast. His body was in rebellion. Eventually at 17kms, I reluctantly abandoned him to his own devices. Needless to say, like the last flap of a dying fish, Arnold sailed past me at 21kms with nary an acknowledgement. I refused to take the bait. Instead I stuck to my well conceived plan which was elegant in its simplicity: SLOW, SLOW, SLOW! At the 25km mark close to Gold Reef City, I returned the compliment as I nonchalantly sailed past Arnold with nary an acknowledgement. Moreover, I never saw him again but in my rear view mirror. Through the dust, I could see the apparition of a hobbling Arnold fading in the distance.

The final result was that Johann finished 24 minutes ahead of me & Arnold 28 minutes behind. I felt fine but slightly sore as is to be expected. So well in fact that if you had asked me to run another 8kms to make it 50kms, I could have. Anyway that was my 61st marathon and my easiest in 9 years!

Well done to Arnold and Johann on their sterling efforts. Will they run a marathon again? Johann – maybe, Arnold – No, Never BUT with a bit of arm twisting MAYBE!!!

Will either of them ever do an ultra like the Two Oceans or Om Die Dam. NO NEVER! Would I ever do another Ultra. NO NEVER unless of course Arnold or Johann foolishly decides to do one & then would be the wussie. Can’t let that happen, can we? I refuse to use the excuse that my back surgeon has forbidden me to run let alone an Ultra. Only wussies do that!

Arnold’s version of that ignominious day

This is Arnold’s version as he lay recovering from his battle scars. Still feeling sorry for himself, he overdramatizes my self-inflicted role in his pain wracked run and how I callously abandoned him at the 16km point.

In my defence, Arnold was at that point squealing like a stuffed pig claiming that his legs and he were about to part company. Impassively I ignored his entreaties to stick his legs back on as I classified him as being totally delusional and a lost cause. 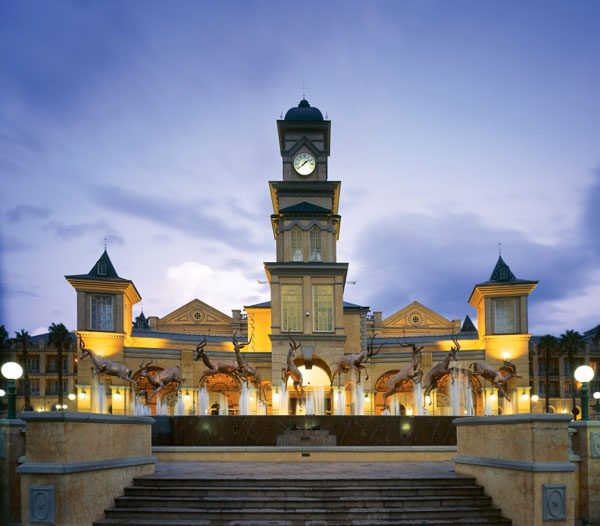 I am so happy to learn that, however, my plan has been changed to ‘Only wussies train for half marathons’, so I don’t want to over-extend myself for the Jackie Gibson, Slow Mag and Two Oceans on the next 3 weekends.

This morning, I have started to regain use of my lower body ……..

Dean, Our splits, only valid for you up to the point where you abandoned me ….

Oh yes, another thing Dean, you did 05:30, I did 05:48 …. I triple checked on Excel, my calculator, and wrote a BaaN program to verify that you finished 18 minutes ahead of me, not 28  minutes as published. Everybody now thinks that I did the run with 2 minutes to spare when, in reality, I came cruising in for a record breaking last km of 14:28 …. was saving myself for the walk to my car!!!!!!

Anyway, been there done that, hopefully will get a T shirt (apparently we will be phoned when they have some more)……..

Arnold “Ok, so maybe a bit of training is needed to run a marathon” Paikin

So that was the gratitude that my best friend gave me for assisting him through his first marathon.

I suppose that is what friends are for.

At least he did not blame Apartheid for my beating him

Post script: Originally this article was published in the prestigious Robor Tube News as The Journey into Terra Incognito.

Lesoba Hike June 2018: A Series of Firsts for the Quo Vadis Hiking Club

A Drab and Unremarkable Race with Pretensions: Gauteng Sports Challenge