When the apple of my daughter’s eyes, her ginger tabby cat Tiddles contracted diabetes, she was forced to inject it twice a day for the rest of its life. For many, this would be considered an imposition and a burden not to be lumbered with. Others take that view to the other extreme.

My only personal experience of assisted a non-domestic pet relates to a fully-grown hadeda. While some people resent these birds, I find them rather quaint and quintessentially African. Even if one is not a fan of them one could not assist one in dire need.

That is what happened to me.

Whilst driving through Blackheath of a busy summer Saturday morning after my usual half marathon run, a hadeda, being a large bird, rose ponderously from the grass close to the Jewish shule. Like other large overweight birds such as the albatross, their take-off is neither elegant nor hasty. Flapping furiously, they lumber laboriously into the air.

The hadeda is a large grey-to-partly brown species of ibis that has increasingly switched habitats and now predominates in per-urban areas. Its menu mainly comprises earthworms. By using its long scimitar-like bill, it probes the soft soil, vigorously jabbing it. Apart from my love of birds, it is its habit of also having as hors-d’oeuvre larger insects, such as the detestable Parktown Prawn and well as snails which makes it my ally. 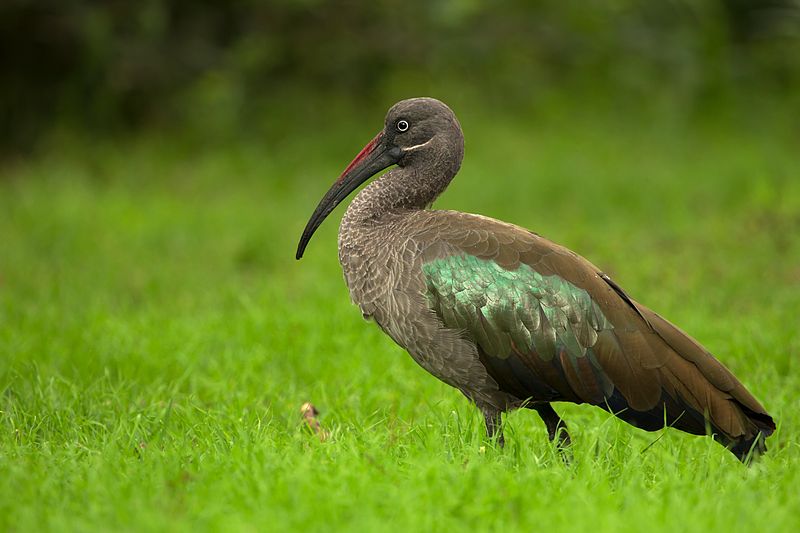 On this bright sunny Saturday morning, by the time that I drove towards the shule, a hadeda had sated his hunger. Breakfast was complete. As it wobbled into the air with overfull abdomen, an oncoming car clipped its wing and it spiralled into the road. To prevent oncoming traffic from riding over it, I crossed over the other side of the road and used my BMW as a protective shield.

It lay on the tarmac concussed. As I picked it up, it did not stir. In its stupor it did not emit its unloved but distinctive ear-piecing squawk. What could I do? The only option was to take it home and place it out of harm’s way. With 3 dogs and one cat, it would prove to be difficult. Nonetheless, its chances of recovery were infinitely better at home than on a busy pavement. 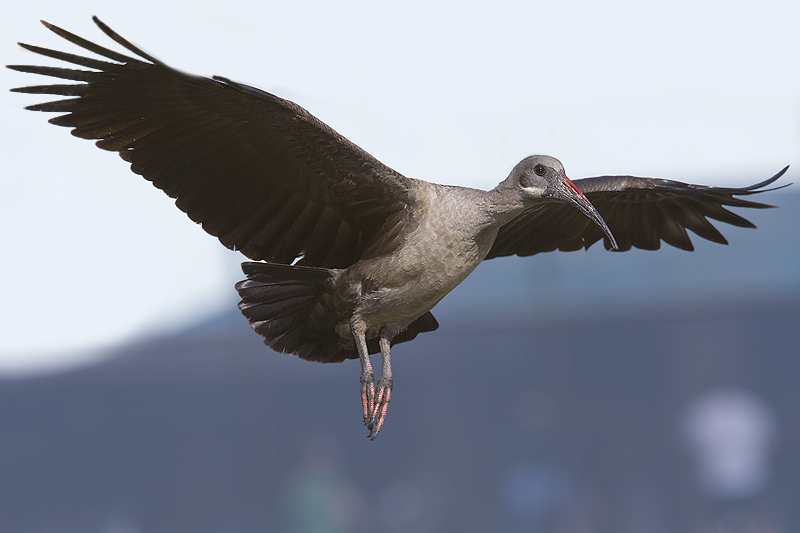 Nestled within my arms, lay this huge bird as I drove the 15kms back home to Constantia Kloof. It started stirring. At first a muted attempt at a squawk was made. Then it attempted to flap its wings. With a wingspan of approximately one metre, this would be a catastrophe. It was now one handed driving with another around its abdomen.

After several failed attempts at making the distinctive “haa-haa-haa-de-dah” call – hence the name – it perfected it. Within the confines of the car, the extremely loud call was ear shattering.

Needless to say, I made it home. For safety sake, I placed it in an alleyway out of harm’s way. To ensure its welfare, I checked on its progress every hour. For several hours it lay there without attempting to fly away.

Finally after half a day I went to check again.

Nevertheless at least I had burnished my animal rights credentials.

Then I saw this article in the Popular Mechanics magazine in which this guy created a float for his gold fish. What lengths will some people go to in order to assist their pets. This one must receive first prize for being the most unusual in my estimation. 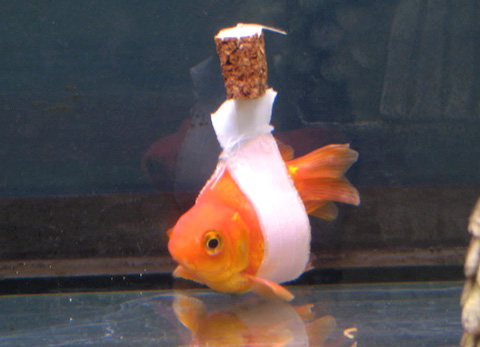 A Reddit user named “leability” posted this image of a goldfish with a harness that has what looks to be a bandage with a cork stitched to it wrapped around its body. The message linked to the image what “goldfish wheelchair for a fish that was having trouble staying upright”.

Although the source or purpose of the image above is unclear, “slings” or “wheelchairs” are occasionally crafted to keep sick goldfish in an upright position. The UK news outlet Daily Mail reported that fish can encounter problems with keeping themselves upright for a number of reasons including “sudden changes in temperature, pressure from food or air in the stomach, and infections”.

YouTube user “synirr” posted this video (below) in 2010 with a caption: “My disabled goldfish scooting around in her newly redesigned sling. She has trouble maintaining buoyancy on her own. She looks a little silly, but it is better than lying at the bottom of the tank all day!”