South Africa always seems to hit the worldwide headlines for all the wrong reasons.  Normally, the reasons are self-inflicted but South Africa has again become a household name when a South African Variant of the SARS-CoV-2 was discovered and found to be more infectious, if not more lethal.  Luckily, we’ve been upstaged by a new variant, known as the Brazilian Variant, that popped up in Manaus and overwhelmed their medical system within 24 hours.

Moegeng Moegeng’s day job is to be the Chief Justice but his real passion seems  to be a ranting televangelist in the style of Pastor Mboro et al.  Rounding off a thanksgiving address with a prayer at Tembisa Hospital in December last year, he stomped around behind the podium railing against suspect vaccines: “I lock out any vaccine that is not of you. If there be any vaccine that is of the devil, meant to infuse 666 in the lives of people, meant to corrupt their DNA … Any such vaccine, Lord God almighty, may it be destroyed by fire, in the name of Jesus.”

While he might not have directly accused anyone of producing a vaccine that would corrupt DNA, the unsophisticated listener might have made the connection that they do exist otherwise why would a venerated person get so worked up about it.  With a worldwide rollout of vaccines gaining momentum, it’s worthwhile revisiting that topic.
* Song by Neil Young released in 1972

On 26 January, Cyril Ramaphosa addressed the WEF and accused rich countries of “vaccine capitalism” and essentially stealing and hoarding the supplies that should have been destined for poor countries.

END_OF_DOCUMENT_TOKEN_TO_BE_REPLACED

In light of your failure to nominate competent candidates for President of the USA and thus to govern yourselves, we hereby give notice of the revocation of your independence, effective immediately. (You should look up ‘revocation’ in the Oxford English Dictionary.)

Her Sovereign Majesty Queen Elizabeth II will resume monarchical duties over all states, commonwealths, and territories (except North Dakota, which she does not fancy).

Your new Prime Minister, Theresa May will appoint a Governor for America without the need for further elections.

Congress and the Senate will be disbanded.

A questionnaire may be circulated next year to determine whether any of you noticed.

To aid in the transition to a British Crown dependency, the following rules are introduced with immediate effect:

END_OF_DOCUMENT_TOKEN_TO_BE_REPLACED

I have been in many places, but I’ve never been in Kahoots. Apparently, you can’t go alone. You have to be in Kahoots with someone.

I’ve also never been in Cognito. I hear no one recognizes you there.

I have, however, been in Sane. They don’t have an airport; you have to be driven there. I have made several trips there, thanks to my children, friends, family and work.

I would like to go to Conclusions, but you have to jump, and I’m not too much on physical activity anymore.

I have also been in Doubt. That is a sad place to go, and I try not to visit there too often.

I’ve been in Flexible, but only when it was very important to stand firm.

Sometimes I’m in Capable, and I go there more often as I’m getting older.

One of my favourite places to be is in Suspense ! It really gets the adrenaline flowing and pumps up the old heart! At my age, I need all the stimuli I can get !

I may have been in Continent, but I don’t remember what country that was in. It’s an age thing. They tell me it is very wet and damp there. 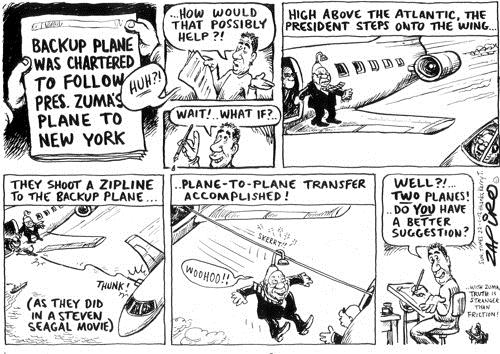 END_OF_DOCUMENT_TOKEN_TO_BE_REPLACED

Scientists at CERN in Geneva have announced the discovery of the HEAVIEST element yet known to science!

These 312 particles are held together by forces called morons, which are surrounded by vast quantities of lefton-like particles called peons.

Since Governmentium has no electrons or protons, it is inert.  However, it can be detected, because it impedes every reaction with which it comes in contact.

A tiny amount of Governmentium can cause a reaction normally taking less than a second to take from four days to four years to complete.

Governmentium has a normal half-life of 2- 6 years.  It does not decay but instead undergoes a reorganisation in which a portion of the assistant neutrons and deputy neutrons exchange places.

In fact, Governmentium’s mass will actually increase over time, since each reorganisation will cause more morons to become neutrons, forming isodopes.

This characteristic of moron promotion leads some scientists to believe that Governmentium is formed whenever morons reach a critical concentration.  This hypothetical quantity is referred to as critical morass.

When catalysed with money, Governmentium becomes Administratium, an element that radiates just as much energy as Governmentium since it has half as many peons but twice as many morons.  All of the money is consumed in the exchange, and no other by-products are produced.

“When do you drink water?”

“I’ve never been that sick!”

‘Bless me Father, for I have sinned.
I have been with a loose girl.’
The priest asks, ‘Is that you, little Joey Pagano?’
‘Yes, Father, it is.’
‘And who was the girl you were with?’
‘I can’t tell you, Father, I don’t want to ruin her reputation.’
‘Well, Joey, I’m sure to find out her name sooner or later so you may as well tell me now. Was it Tina Minetti?’
‘I cannot say.’
‘Was it Teresa Mazzarelli?’
‘I’ll never tell.’
‘Was it Nina Capelli?’
‘I’m sorry, but I cannot name her.’
‘Was it Cathy Piriano?’
‘My lips are sealed.’
‘Was it Rosa DiAngelo, then?’
‘Please, Father, I cannot tell you.’
The priest sighs in frustration. ‘You’re very tight lipped, and I admire that.  But you’ve sinned and have to atone. You cannot be an altar boy now for 4 months. Now you go and behave yourself.’

Joey walks back to his pew, and his friend Franco slides over and whispers, ‘What’d you get?’