The phenomenon of recycling is a First World concept yet the whole world needs to embrace it. If recycling is to be adopted by Third World countries as well, solutions will have to be found to overcome its two most contentious issues: cost and work opportunities.

In line with best practice, the Joburg Metro has announced its intention to role out recycling in the Metro as from 1st July 2018. As might have been predicted, like all change, there are protagonists and naysayers. In any environment of costs constraints conflated with the urgent requirement to create jobs, how can a third world city meet both requirements simultaneously.

I believe that they can and will illustrate how it is possible.

Main picture: Is this what will happen? Separate bins per category of recyclable?

Understandably, the most immediate concern is how to keep the existing informal recyclers in work without any subsidies being required. Currently these scavengers scratch through one’s refuse bins waiting on the pavement for the municipal refuse service to remove the refuse. From personal experience and anecdotal evidence each team in the area has a speciality. While some accept glass,  others specialise in paper or tin cans.

In doing so, they are recycling the refuse at source and thereby providing a free service to the citizens of the Metro whilst earning a living albeit not really a living wage. Least anyone accuse me of being indifference to their plight as a middle class white, I fully appreciate their circumstances but such income is probably in excess of what they would be entitled to in terms of the Social Grant entitlement. 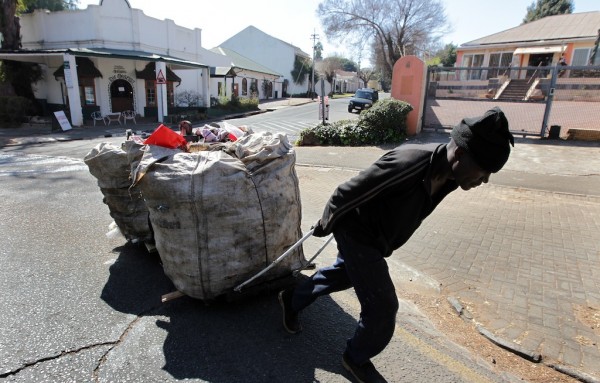 The Metro proposes that home or business owners separate their trash into possibly as few as two categories: recyclable items and landfill items. These will be identified by different coloured rubbish bags which the Metro will provide on a weekly basis. Understandably, this has huge ramifications from an operations perspective. The most critical is whether the existing compression refuse trucks can handle various types of refuse separately. If not, that deficiency defeats the whole objective of the homeowners separating their refuse. Even if the vehicle can handle two categories separately, ultimately the number of categories will be expanded to five: non-cyclable, glass, paper, plastic and tin cans.

Taken together, this means that the existing vehicles should be used without the Metro having to acquire additional vehicles and staff to handle the different categories. I propose from the outset, that the refuse be split into all five categories with the existing wheelie bins being used for the non-recyclables. The responsibility of the homeowner will be to use plastic refuse bags of different colours for the glass, paper, plastic and tin cans. Alternatively, all of these categories could use transparent plastic refuse bags. 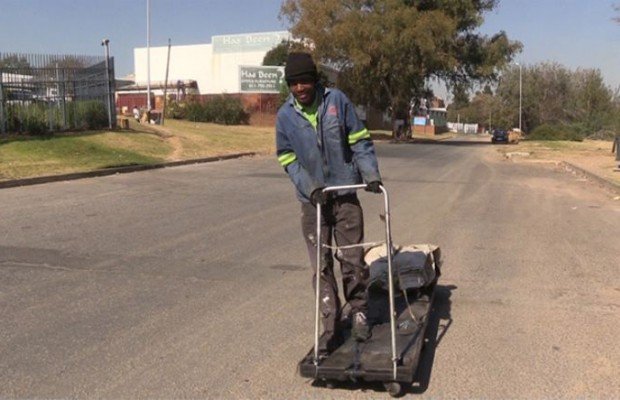 In terms of my proposal, the home owners would be mandated to place their plastic refuse bags on the pavement on the day before the normal municipal refuse removal. It is on this day that the informal recyclers will be provided with an opportunity to survey the rubbish on offer and removing what they require. All refuse remaining on the designated removal day, will be considered to be unrecyclable and will be removed in the normal course of refuse removal.

In all likelihood the lower value items will not be removed by these scavengers. Instead it will end up in the municipal landfill. Quite rightly so. In all probability, these items would have been included with the non-recyclable if the categories of splits had been defined more precisely. 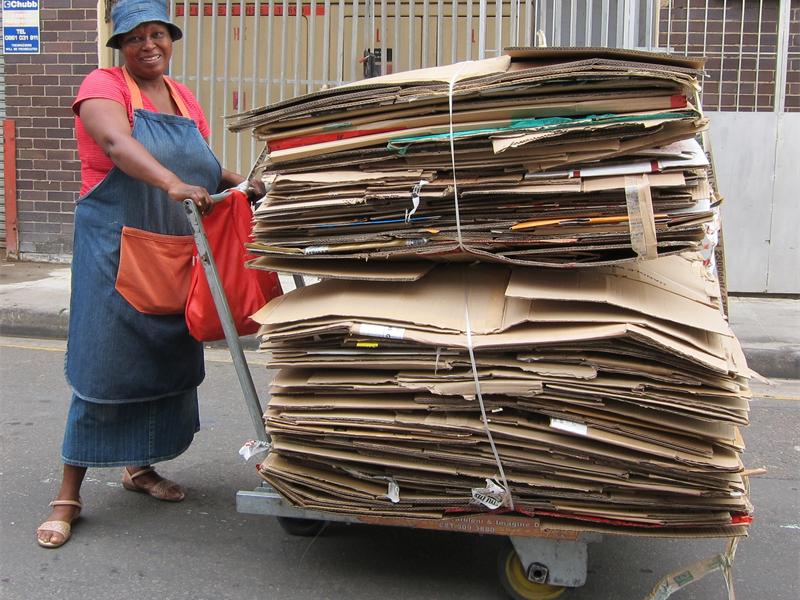 The speciality or market niche of this woman is recycling cardboard

That leaves one category whose impact on the environment is so detrimental that it needs to be provided with some subsidies to have it removed from the non-recyclables. And that is plastic. Not PET bottles and that ilk, but plastic bags, plastic packaging et cetera. This situation stems from the fact that “dirty” plastic is unable to be recycled. The definition of “dirty” in this context can relate to anything from a sticky label on a medicine bottle to grease on a sheet of plastic. Anything that would adulterate the plastic in its conversion back into pellets. 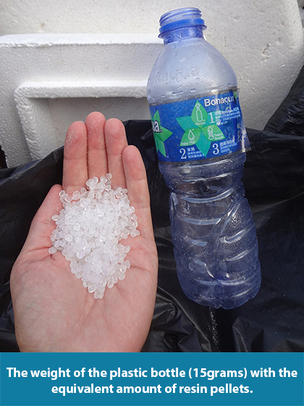 Pellets or nurdles as they are often called, are pre production plastic resin pellets

Upon closer inspection, there is one manner in which the Metro can artificially stimulate the price without providing a direct subsidy on the product and that is by providing central automated plastic cleaning facilities.

This situation is a win-win. The Metro only has to remove non-recyclables to a landfill site which should reduce their operating costs. Simultaneously the volume of recycling performed by the informal recyclers should be boosted, thereby swelling job opportunities.

All in all, this is definitely a win-win for the ratepayers, homeowners, the informal recyclers and most importantly, the environment.