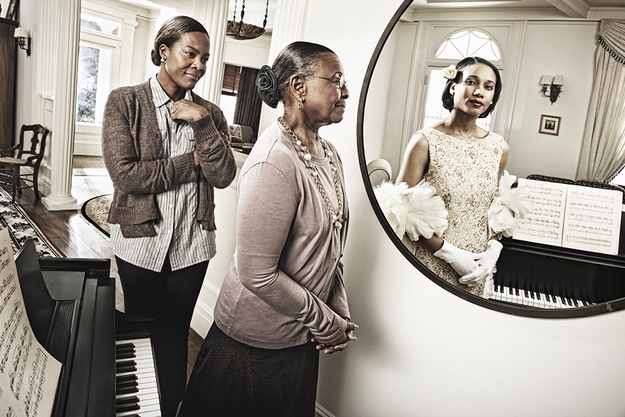 About two months ago I was looking through our photographs for a picture of my GSD [German Shepard Dog] to use in a blog. Instead I found a photograph of myself in my mid-thirties playing with my GSD which has long since died. I was startled. Who was that handsome guy playing in my house with my dog? I took a closer look. Staring back at me was a trim, slim pre-middle aged guy nattily dressed with a thick mop of hair and a dark luxuriant beard and moustache. By means of a further glance, I vaguely recognised that guy diffidently calling the dog. It was a younger version of myself.

I was shocked. Was that really me? What had happened to me? How had I managed to let the beard go grey and the kilograms pile on? But more importantly, where had the past thirty years disappeared to?

So it was with these people in the photographs. 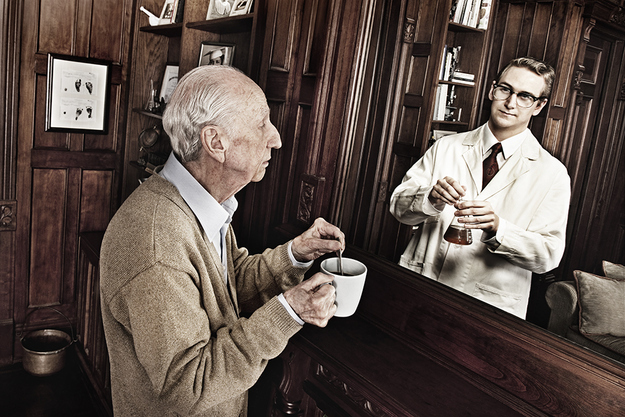 Photographer Tom Hussey created a series of pictures that will speak to you, no matter your age, race, beliefs or occupation. The Reflection Series of photographs illustrate just how much we change in our lives and how it seems to happen all at once, no matter how many years actually go by. These will grip your soul. The reflection provides a smidgeon of an insight into the former lives of these senior citizens.

It is times like this that I reflect just like these people did. Shouldn’t we forgive those whom we will not speak to because of some perceived slight or grudge? Why should we bemoan giving the car guard a R5 tip instead of belittling the fact that he does not have regular employment? Why not smile at the Woolies cashier and when she has rung up your purchase say to her, “Ube ne langa elihle” [Have a nice day!]? Wouldn’t ones’ common humanity resonate and maybe even generate some goodwill between two very disparate people? Shouldn’t one let bygones be bygones and reconcile with those who generate so much resentment within one? Does not the bitterness of such opprobrium sour one’s own soul? 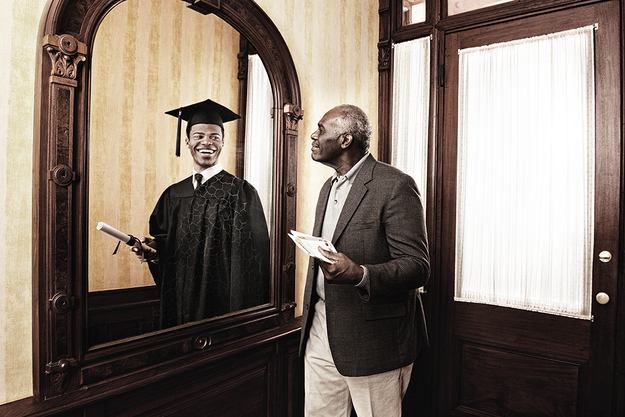 Instead of viewing the glass as half full, we view it as half empty. Technically they are the same; the difference lies in one’s attitude. Everyone knows of a half empty type of person whether at work or in one’s private life. Instead of a joie de vivre, they impose a blanket of complaints and woe-is-me dampener on events. 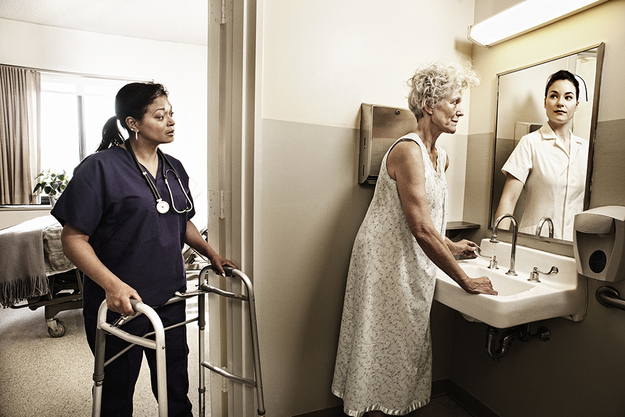 This Sunday’s race organised by the Orlando Athletic Club epitomises this attitude. Without a shadow of a doubt, this must have been amongst the worst organised races that I have ever run in 30 years: the pamphlet stated that the 21km race started at 7am in Orlando whereas it started at 6am at the Mayfair Station. As I had pre-entered the race, I had two options: run a chaotic race or sleep late for once in my life. What a choice? I chose the chaotic race along with Mike Paxton and Steve Groeneveld. It was as expected. Nothing had been organised. Where was the start? When would it actually commence? Finally at 6:35 we were away. In trepidation, I wondered whether there would even be watering points along the way. My stratagem was to take 3 sachets of water at the first available water table and carry them the whole way as an emergency supply. It soon became clear that marker boards would be like hen’s teeth: non-existent. 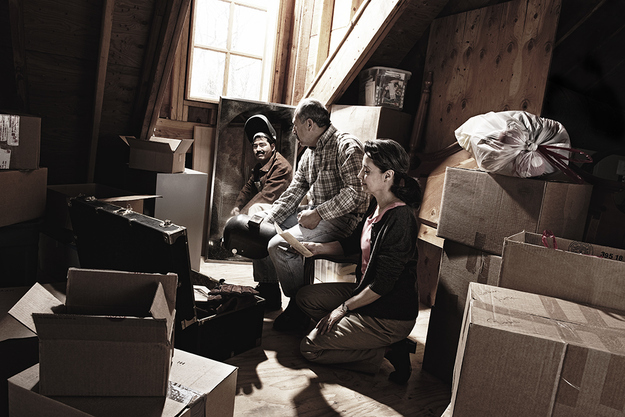 Finally the first water table hoved into view. They did not have copious supplies of Coke and water but there was sufficient for the half marathon. With two spare sachets of water in my moon bag and R40 change as an emergency, I set off again. Around me the runners seethed in rebellion about the ineptitude of the organisers. Of course they were correct. We had all paid good money and expected a proper service in return: a well organised race which was not forthcoming. 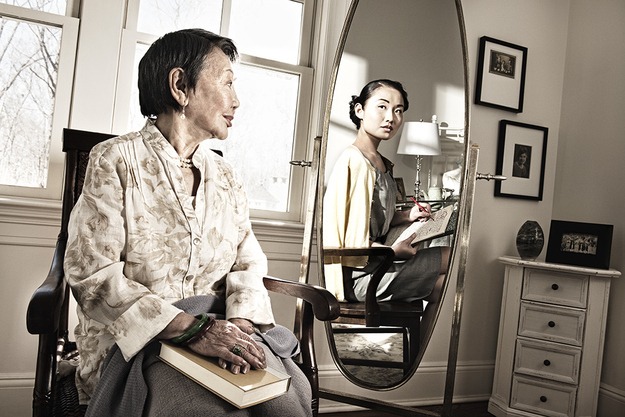 It was at this point while on a hill in Bosmont that I caught up with Mike Brand in his signature blue shirt. As always he was grinning from ear to ear and chirping to all & sundry as they passed him. Up the hill we strode together. Actually he strode with his long loping strides and I jogged in my pitter-patter style of tiny steps. Together we moved up the hill. Instead of bemoaning the chaotic conditions that had presented themselves, he chirpily commented that it was a great pleasure to be running with such great people on a lovely slightly overcast morning. 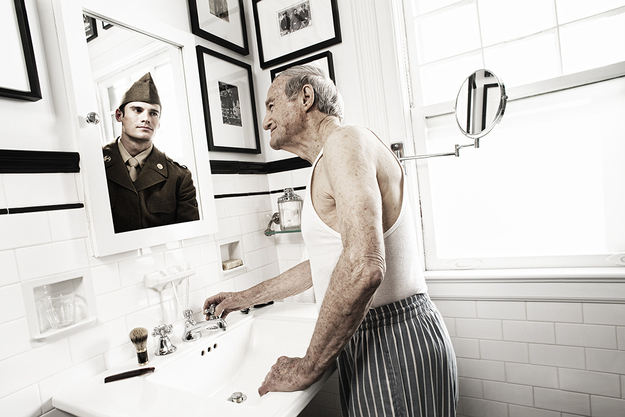 My spirits were lifted. Instead of the run being a chore, my pace quickened as my spirits soared. Yet again, Mike had viewed life from the half full angle instead of the half empty perspective. With renewed vigour, I tackled the long sloping hill up to Soccer City. Instead of a walk/run, I elected to do a survival shuffle all the way up. As I did so, I reeled in the guys: Mike, Steve, Ben. They all came into sight and were quickly overtaken. Upward, ever upward we ran. Soon we drew up beside Soccer City and then it was the long uphill past Nasrec and ever upwards as we took the right hand turn towards Soweto. The fact that the marathon marker boards must have been at least a few kilometres out of position, no longer troubled me. As I passed a board at the entrance to Soweto it stated 32kms whereas on the road, it was painted 31kms. I could have railed against such incompetence or any such similar euphemism for ineptitude. Instead I charged on. At the 33/34km water table, a cheerful slip of a lass with a GPS in her hand gaily informed me that we had actually done 11.98kms. I quickly latched onto Phiwe as we kept a steady pace towards the finish at the Orlando Rugby Ground. 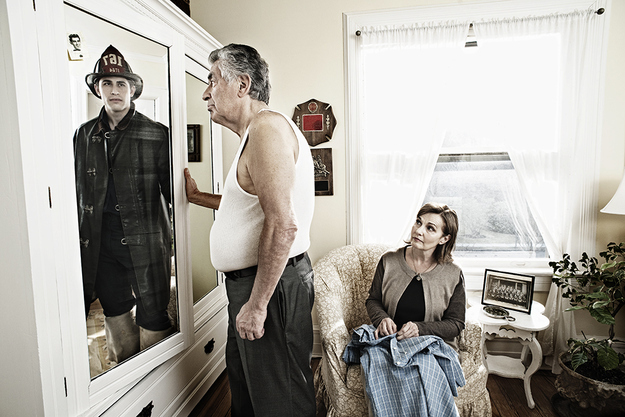 Much like a Mike Brand, instead that Phiwe was a 25 year old black female with a pony tail – if it can be called that – who merrily chatted away as if we had known each other since childhood. As she sped up, so did I. In spite of the age, race, sex, weight disparities we kept charging on together. Nothing mattered. The only fact which did impinge upon our equilibrium was the fact that the stadium would not get any closer.

It was almost with a sense of enchantment and wonderment that we just ran ever onwards ignorant of the poorly marked course and the non-existent organisation. It felt great to be alive and to be able just to run without let or hindrance and more importantly without a care in the world. Life was great and life was to be lived. Yes, we could have still have been lying in a warm bed but wasn’t an invigorating run in great company a stimulant, an elixir, something to re-ignite that spark that is life.

When I too, like many of these people in these portraits, reach the twilight of my life, will I fondly remember a snug lie in or will I remember an inspiring run with Mike Brand and Phiwe, two very different people but with one attribute in common: a love of life. Undoubtedly it will be the energising influence of these two incomparable people.

Isn’t that the attitude that we all should embrace?