Now considered an anachronism, but in the 19th century, the market was a millennia old method of connecting buyers and seller without the intermediation of shops. It occupied a pivotal place in the towns of yore, culturally and economically, normally being located at the centre of the town. So it was in the case of Port Elizabeth.

Like flowers pushing through the earth after the first rains of the season, so it was with the first market which was probably held shortly after the arrival of the first settlers. When the local farmers became aware of the existence of the tented camp that held potential customers, their entrepreneurial instincts came into play. On that unknown day probably sometime during April 1820, the first market came into being. 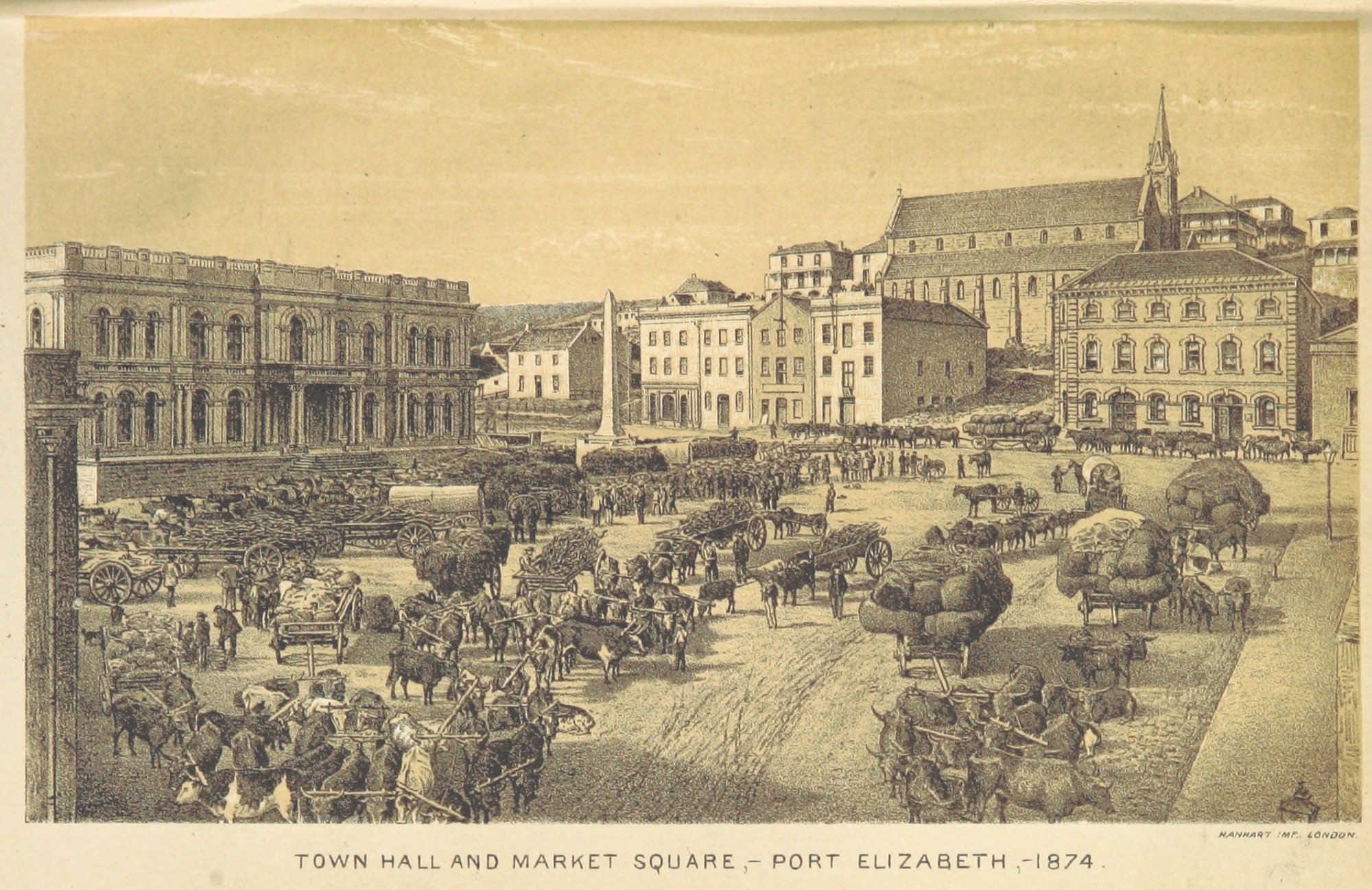 It not recorded when this market became subject to various rules and regulations in order to control and facilitate business. Nonetheless by 1868, the book by William Fleming entitled Algoa Bay. Trade and Statistics of Port Elizabeth, the Sea-Port of Algoa Bay, records what the existing rules and operations were in that year. 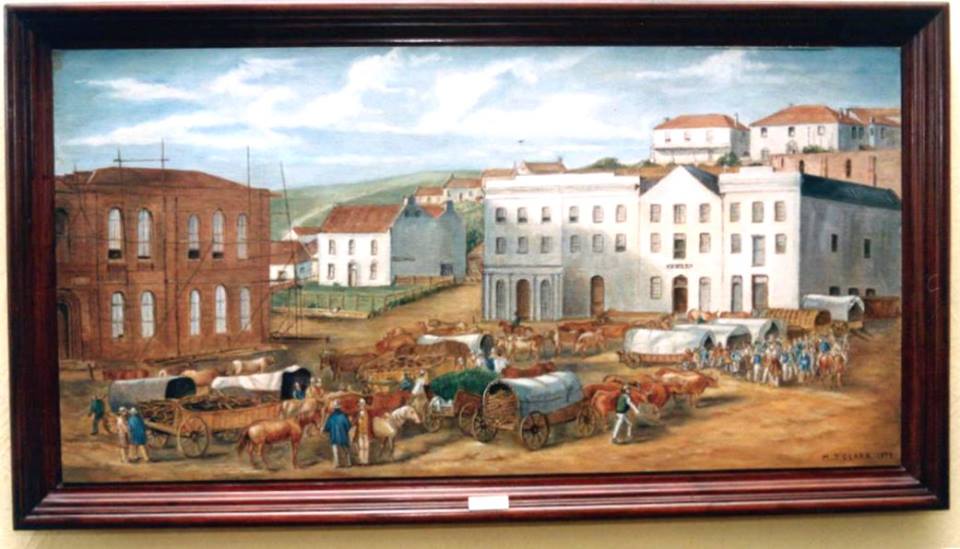 These are stated as follows: “The Market at Port Elizabeth is held every morning, Sunday, Good Friday and Christmas Day excepted. The market commences precisely at 7 o’clock during the summer months, and at 8 o’clock in the winter months, and continues until every article is sold. All sales are for Cash, except when a departure is made at the special request of the vendor, who in that case, bears responsibility for payment. For all cash sales the Municipality is responsible – payment to be made to the vendor at 2 o’clock daily, at the Market Office.

Held at 12 o’clock every Monday, Wednesday and Thursday. 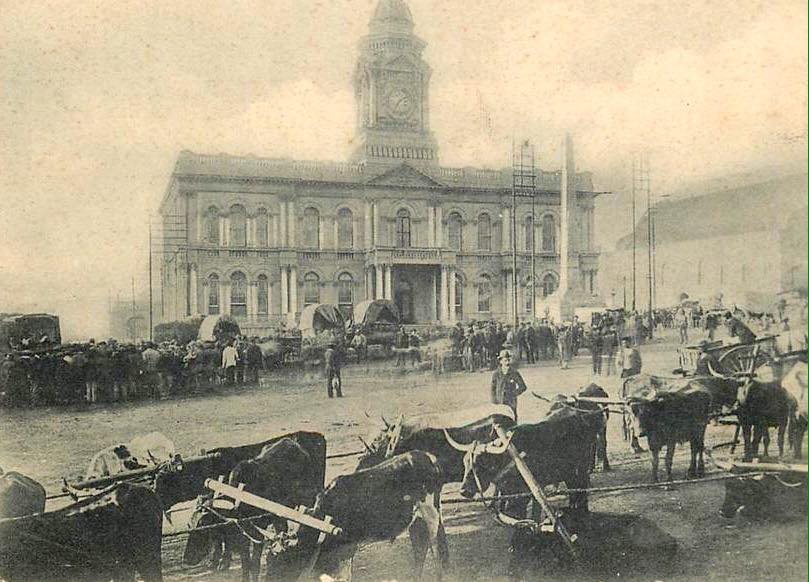 By 1865, Market Square was daily replete with ox-wagons covering all available space in this extemporised market. From long before dawn the waggoneers would stir from under their blankets for the last part of their journey to the market hoping for space.

It must have been civic agitation that compelled the municipality to move the morning market to North End and locate them on the site of the current Law Courts in 1865. Likewise the produce market was relocated but it was only nearby to the new store of the Union Boating Company. As the former move did not please everyone, John Holland set up a rival market on the Hill. The Municipality relented and during March 1867 the market returned to Market Square, its original location.

During the construction of the new road up Cooper’s Kloof in 1865, substantial quantities of stone was created. Some of this rubble was used to construct the new wool market located on the corner of Military Road and Baakens Street. 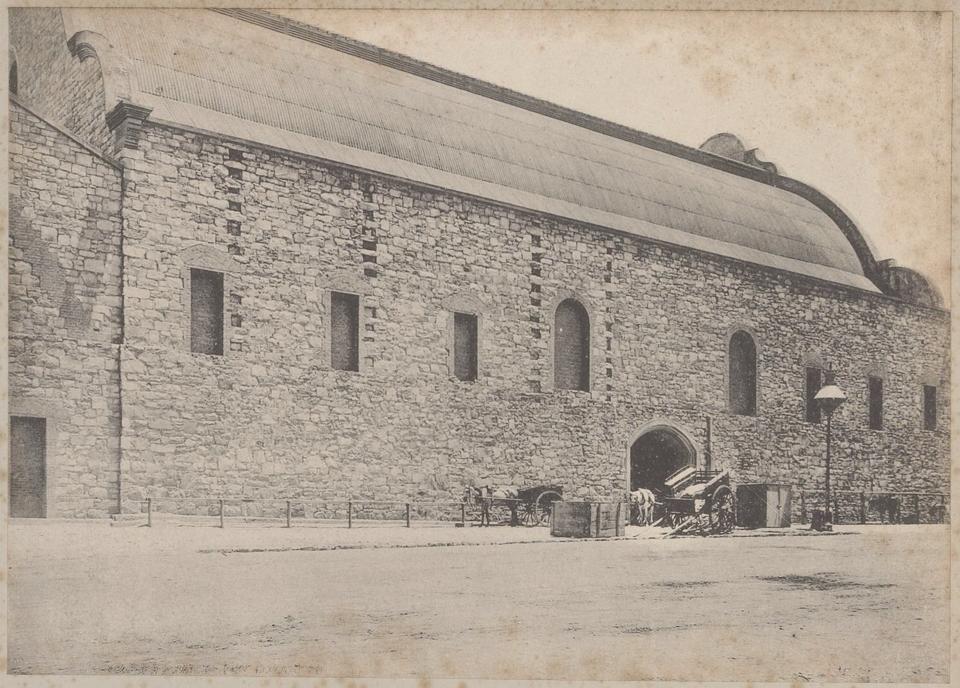 Feathermarket Hall before the front section was added in Baakens Street

With the construction of what became known as the Feather Market Hall, in September 1884 the floor of the produce market was laid with asphalt, a specialist being imported from England to do so. Two further extensions were made to the original façade. In 1908 extensions were made to the Market based upon a design by the City Engineer, Arthur Butterworth. This provided a more elegant façade to the original 1885 building. On the 18th July 1918, the Council agreed to a further upgrade when they accepted the proposal to construct a verandah in front of the morning market. This change was designed by the acting City Engineer.

The probable catalyst for the relocation of the wool, produce and morning markets from the site in Baakens Street was to ease the congestion in this street. The first to be relocated was the wool market. On 3rd November 1926, the new Municipal Wool Market was opened in the Baakens Valley by the Mayor, J.S. Young. It was built on reclaimed land in Horton and Produce Streets. It became the morning market in 1928. 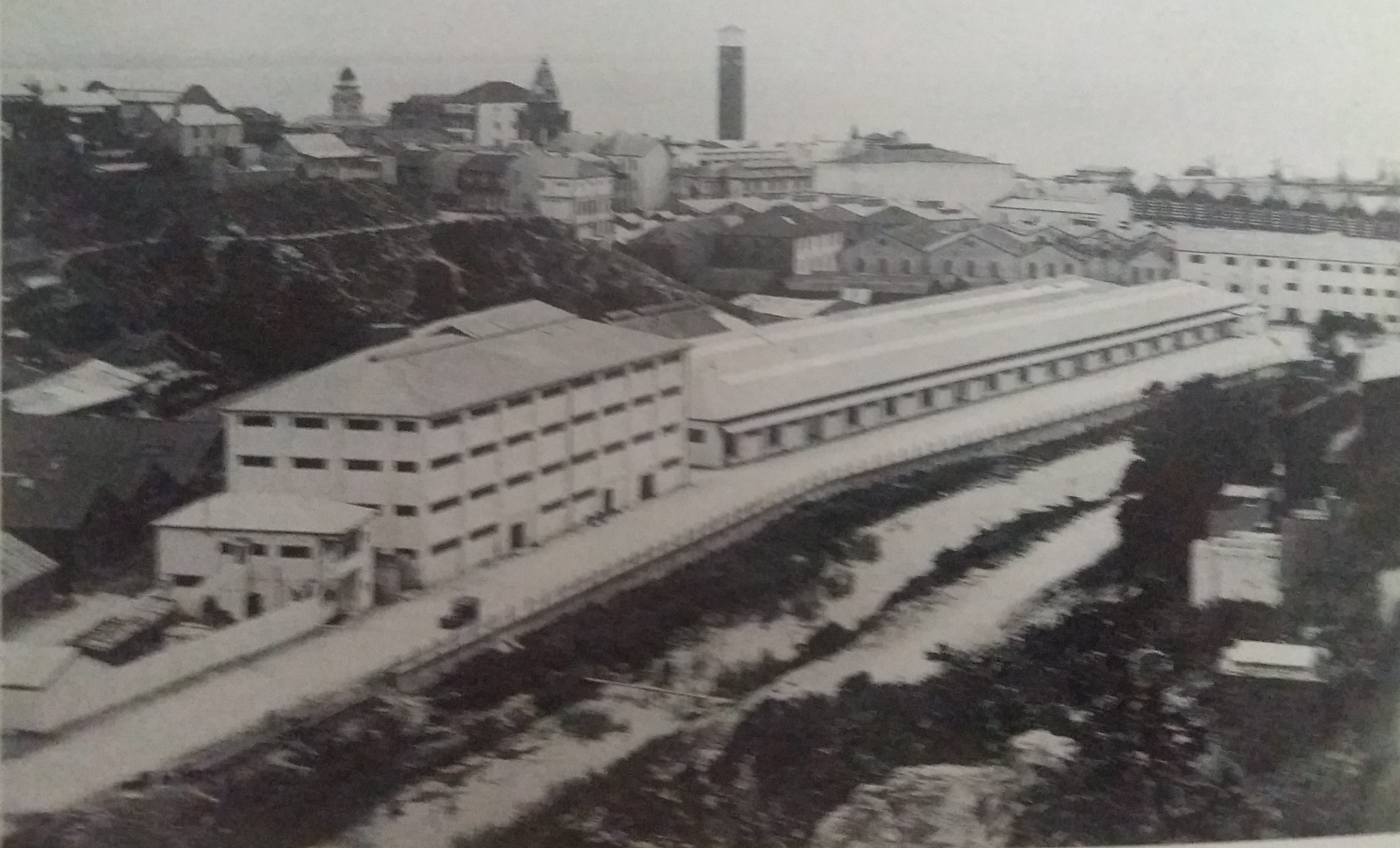 A new market, constructed of hangars dismantled at the airport, was opened in November 1948 at the bottom of Mount Road on the site of the old Municipal Depot and the Horton Street building was sold. 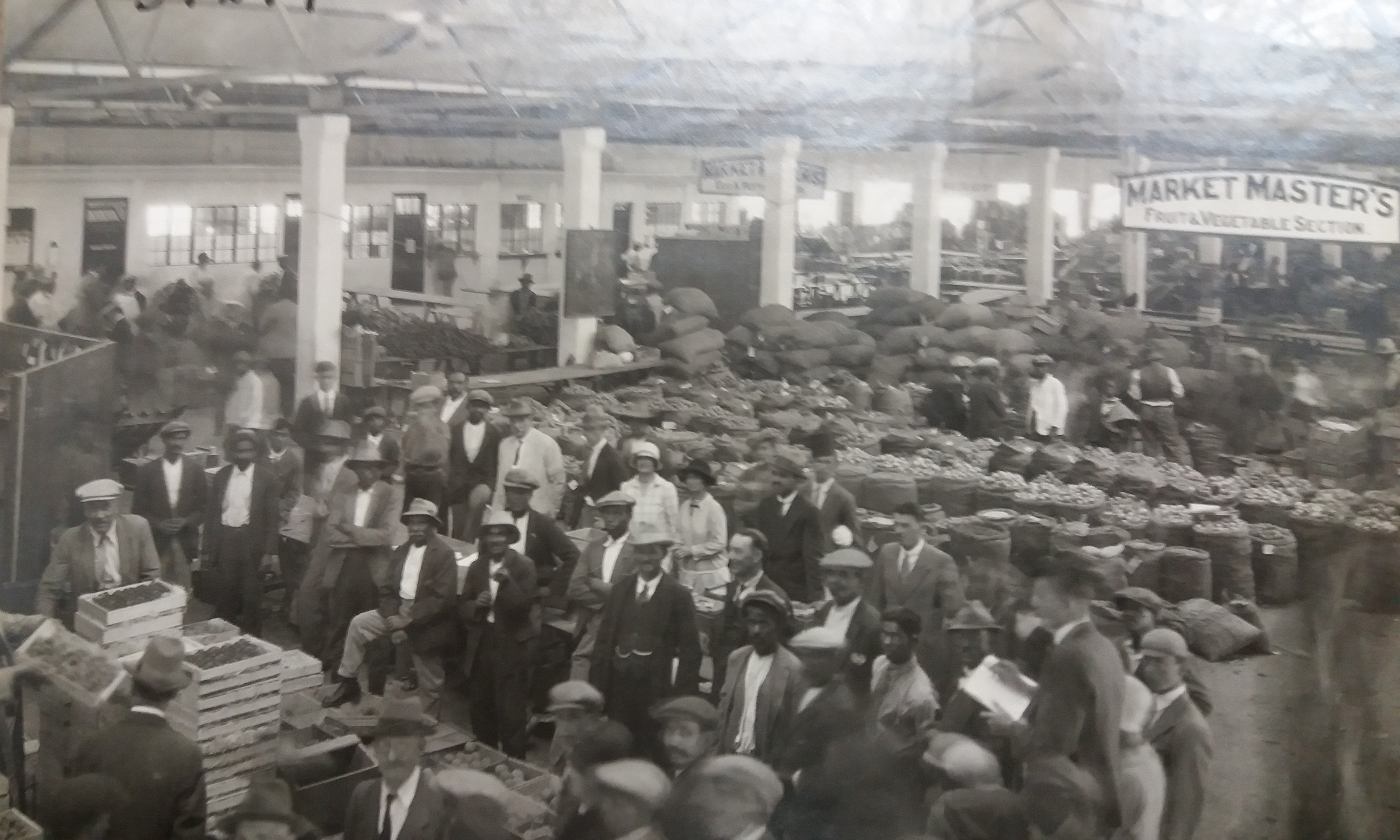