Pre-Taliban Photo of Women in Afghanistan Looking Modern
A photo taken in the 1990s in Afghanistan reveals that before the Taliban took over women were far more modern. The women in the photograph would not look out of place on an episode of the 90s shows Friends or Frasier. One is dressed in a modern professional looking dress that falls to about knee length and the other has on a modern striped sweater and a knee length skirt. Before the Taliban seized control women were allowed to dress how they wanted, travel how they wanted and were able to attend school and have careers. It’s not seen by many likely because the Taliban does not want any women in the country to see it and attempt to revert back to that style and dress, education and jobs. 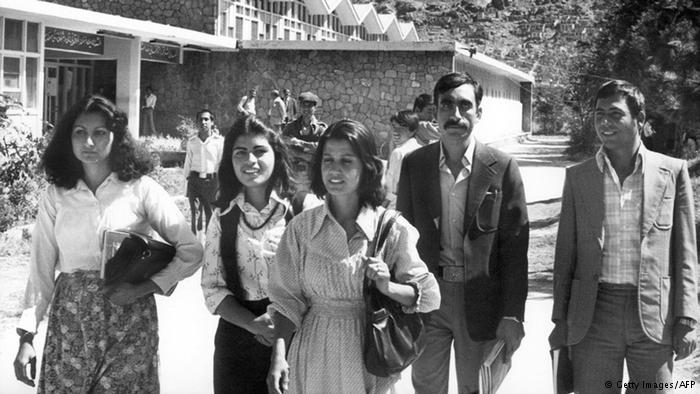 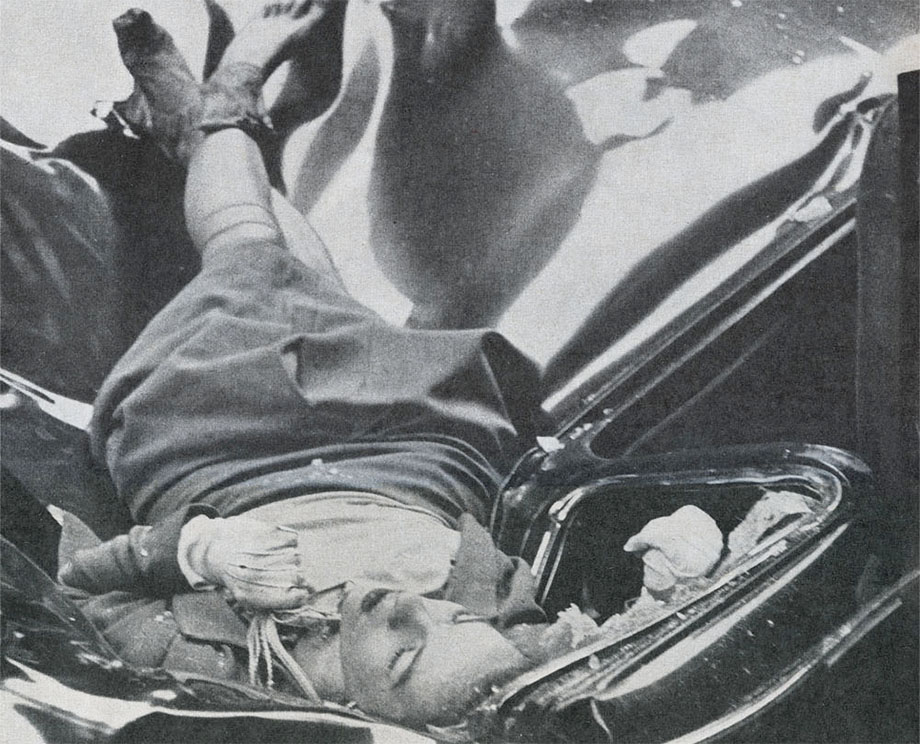 In a bizarre photograph the drug kingpin Pablo Escobar was photographed standing in front of the gate that surrounds the White House. The photo was taken in the early 1980s. He is standing by his young son who is dressed casually in a t-shirt and black pants, while Escobar has on a white dress shirt, black pants and a watch on his wrist while he rests a hand on his son’s shoulder. It looks like they were taking a trip as any tourist would if they made a stop by the White House, so it may not be seen often because it is just a family photo while on a vacation. 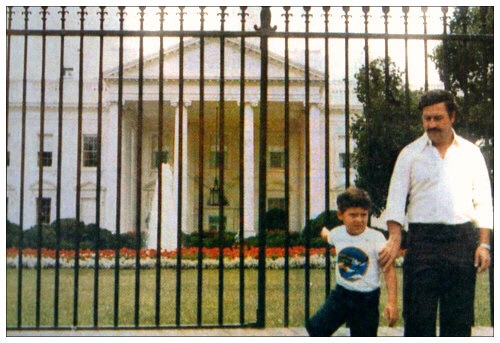 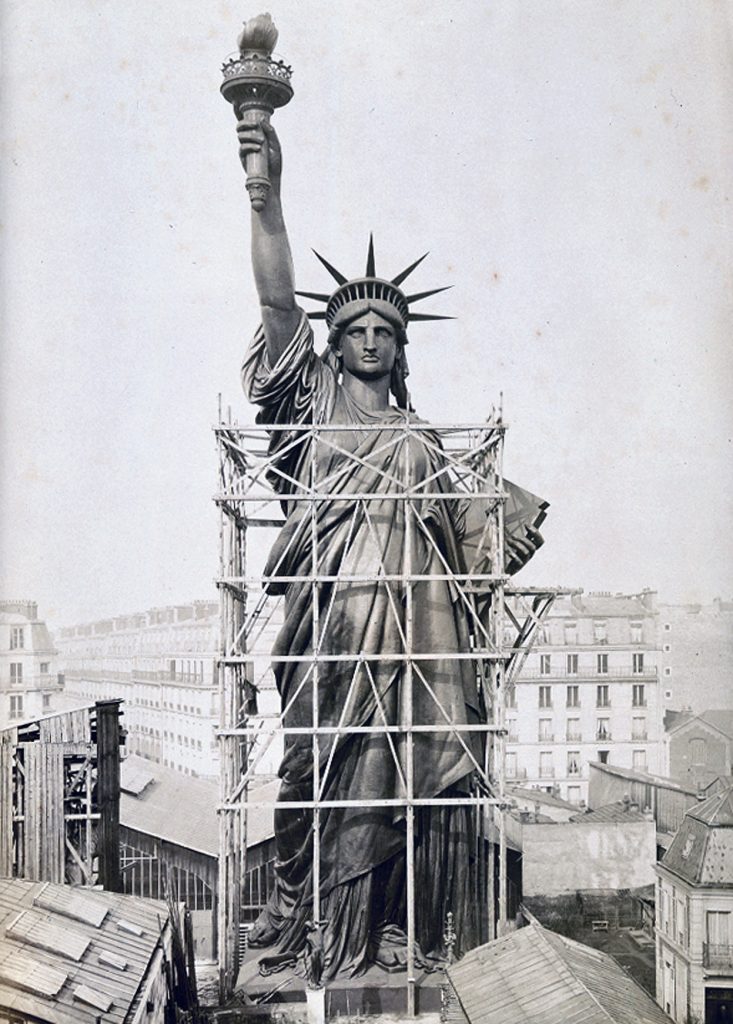 Photograph on the Moon
The astronaut Charles Duke from the Apollo 16 mission to the moon went out on a roving vehicle to explore the surface. While exploring he left a photograph of him and his family in a plastic sleeve on the moon’s surface. Then he took a photograph as proof to his family that he had left it there, where it remains to this day. 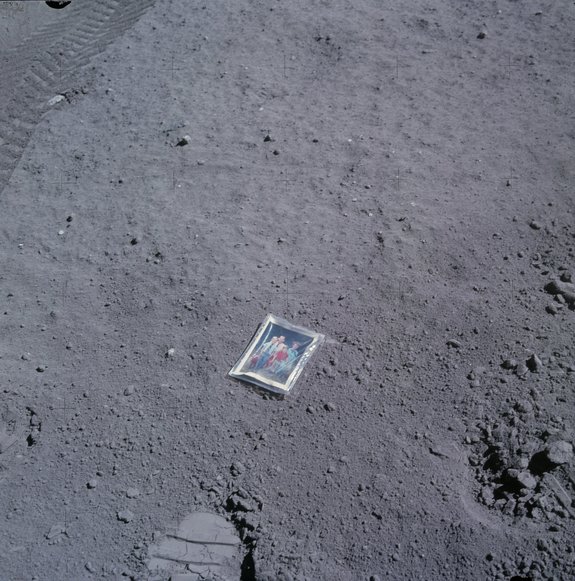 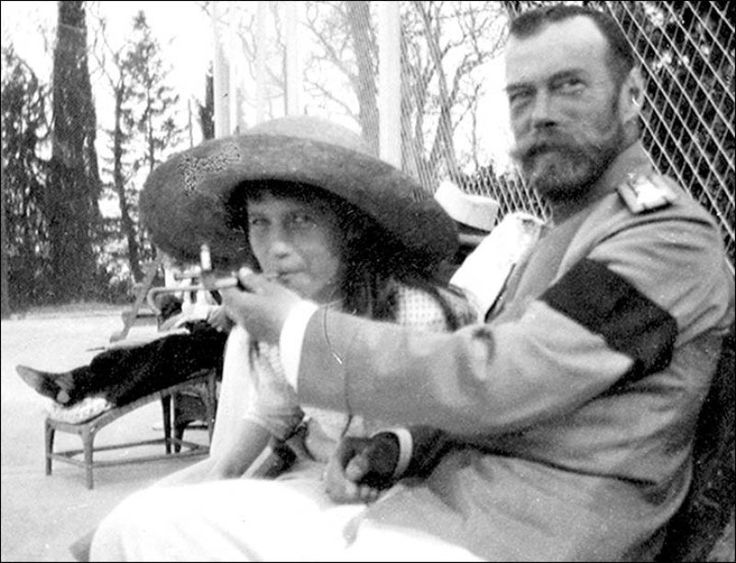 Titanic Survivors Boarding Carpathia
In 1912 the Titanic sank, an event that was later dramatized by the movie Titanic starring Kate Winslet and Leo DiCaprio. There are many photographs of the crew, the interior of the Titanic, but there are very few photographs of people actually having a good time on the Titanic because all photographs sank to the bottom of the ocean. There is one little known photograph of survivors of the Titanic getting onto the Carpathia by life boat. This photo is not seen much because honestly a lot of people are disturbed by the lack of life boats that were on the Titanic and that most of the survivors were the rich passengers of the boat, while majority of the poorer people were locked in the lower levels of the boat to drown with absolutely no chance of getting to a lifeboat. 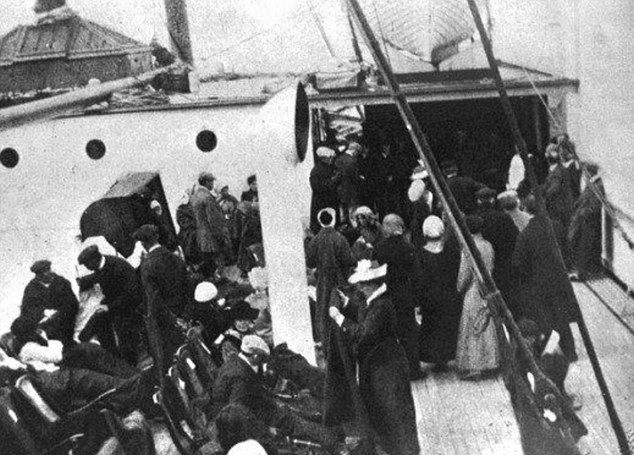 Russian Spy Laughs When Executed
A strange photograph shows a Russian spy being executed in Finland. He appears to be having one last laugh before he dies. Either the information he found as a spy was worth dying for or he was just one really creepily happy guy. The photograph is from 1939 during the Winter War. It likely isn’t shown because it’s disturbing that a man is just about to shoot the spy and the spy decided to crack one last smile before the end. 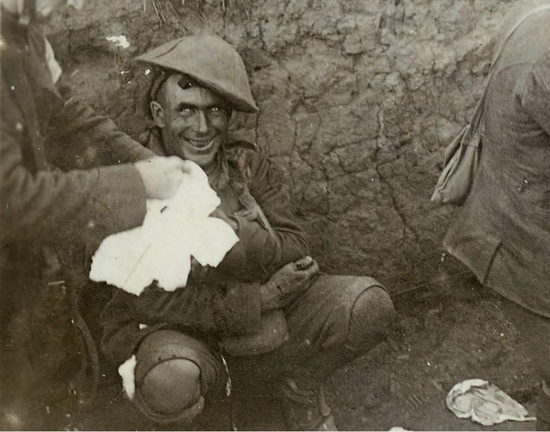 The Tank Man of Tiananmen Square from Another Perspective
In 1989 there were protests going on at Tiananmen Square and Beijing that were calls for government reform to fix the country’s poverty problem. Mainly students were protesting. The Chinese government used martial law to send military with tanks to handle the protestors. This resulted in the protestors being slaughtered in the hundreds or thousands when they attempted to stop the tanks. The Tank Man’s whereabouts are not known today. Some say he died and others say he is still alive but has never been found. This photograph is not seen often because there are far better photographs and coverage of the Tank Man. 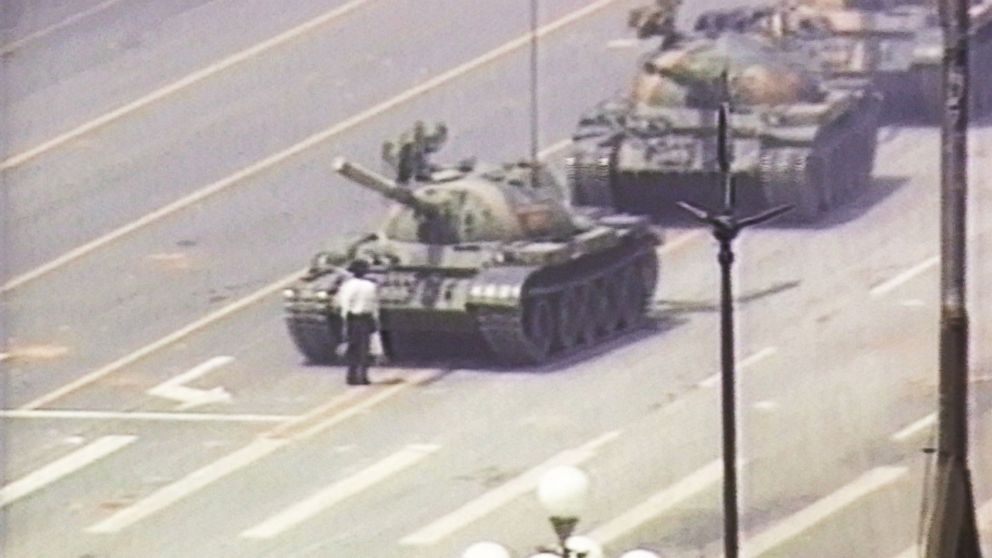 The Mannequin
Two mannequins that were used in the atomic bomb tests that were done in Nevada in the 1950s were photographed. The photo is eerie as both mannequins look human like. 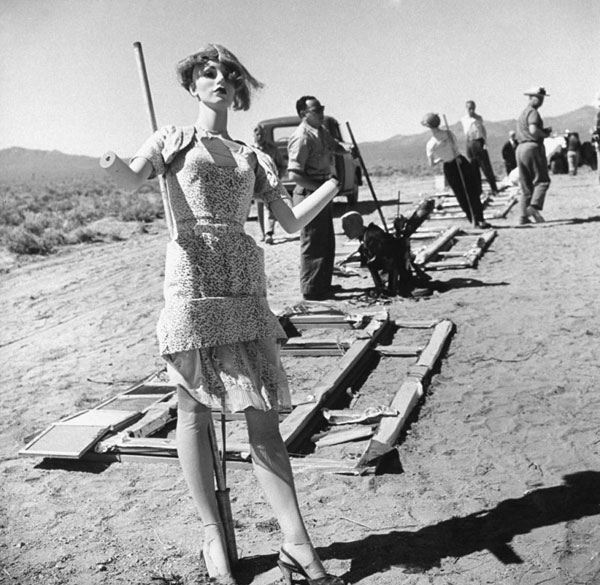 Allied Forces Mock Hitler After WWII
After World War II Allied solders stood on Hitler’s balcony and made fun of him by holding a finger over their lips as a fake mustache and held their hand up in the air as a mock of the Nazi salute while soldiers below are laughing. The photo is probably not shown much since most people were not in good spirits after WWII since it was a devastating time. It is a funny photograph to see now though. 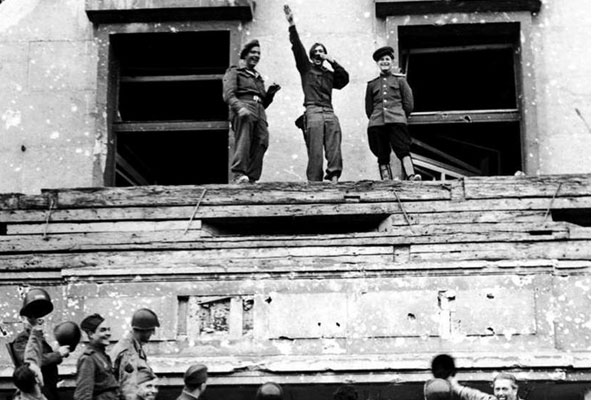 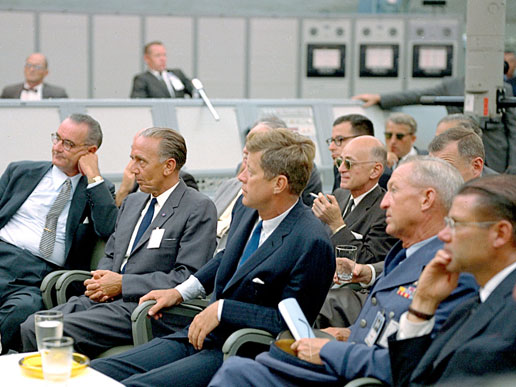 Lewis Payne
The other co-conspirator of the Lincoln assassination was Lewis Payne, a confederate soldier. The same night Lincoln was killed, Lewis Payne went with a knife to attack Secretary of State William H. Seward. This rare photo of Lewis Payne shows him sitting in Federal custody before his execution. 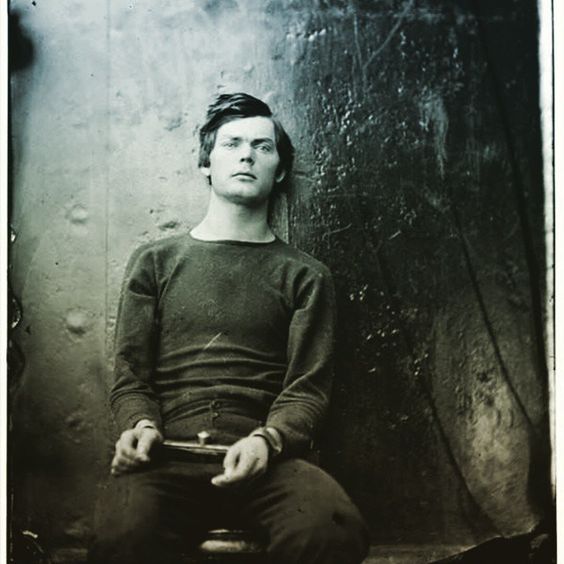 Mona Lisa Returned
The Mona Lisa’s return photo after World War II is a strange photo to say the least. The painting was wrapped up carefully and boxed up to be sent back to the Louvre museum. 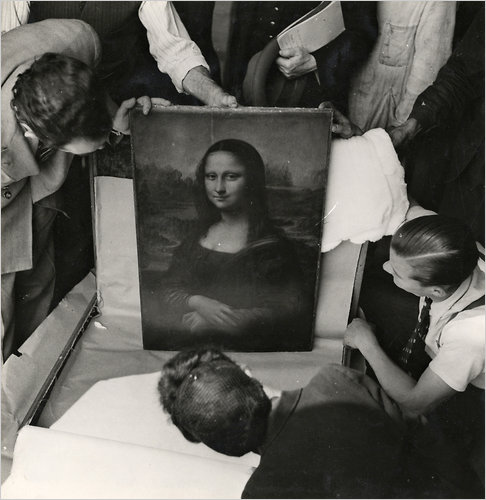 1970s Osama Bin Laden
Strangely the Bin Laden family were really “groovy” and “cool” looking back in the 1970s. Osama Bin Laden is just a kid in a green shirt and blue flared pants. The rest of his brothers, sisters and other relatives in the photo are all wearing modern 1970s clothing and hair styles. The girls are even mostly wearing pants with their hair exposed. It’s likely not an image that is shown often since the world obviously dislikes Osama Bin Laden. It seems kind of sad that he and his family used to dress so modern though and looked so happy at that point in time. 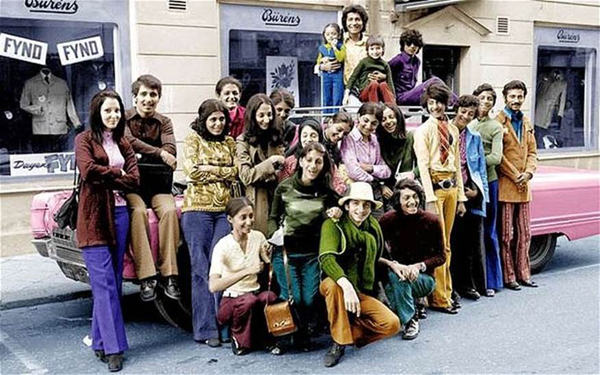 The MGM Lion
One of the most iconic video clips for movie fans of The Wizard of Oz and countless other movies is the roaring lion at the start of all MGM pictures. This rare photo shows the lion, cameraman and sound man recording the lion roaring. 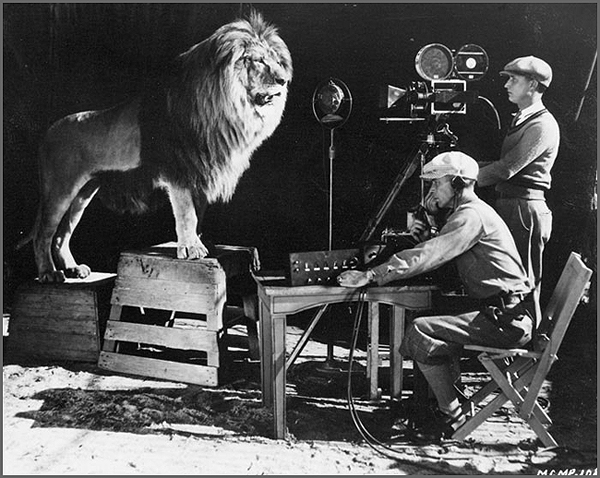 Queen Elizabeth Serving
During World War II Queen Elizabeth served her country. She served as a mechanic as is pictured in this rare photograph of her in uniform leaning against a military vehicle. 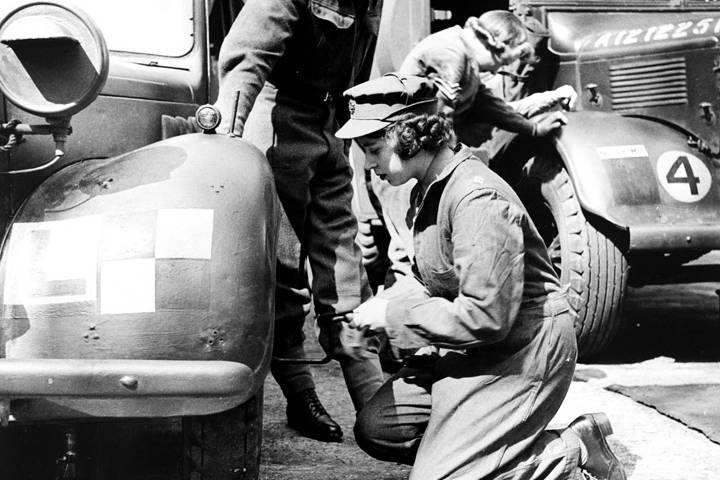 Abbey Road in the Opposite Direction
The Beatles took a lot of photographs for their Abbey Road photo shoot. One photo they took is of them walking in the opposite direction than what they used for the final photo of their Abbey Road album cover. 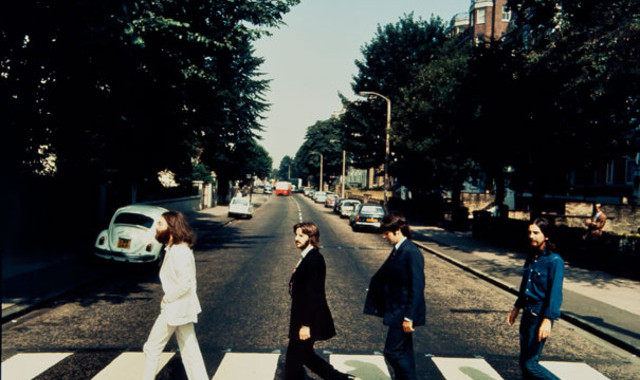 American Punches South Vietnamese
During the evacuation of Saigon in 1975, an American man punched a south Vietnamese man so he could secure a place on one of the last helicopters to leave. It shows the low side to being so concerned about self preservation that you have to hurt others to get it. 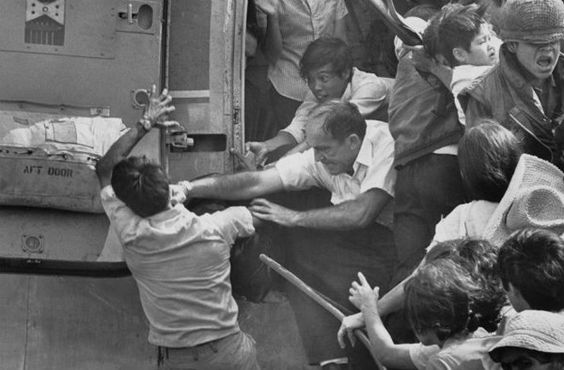