The cellphone industry has reflected all the attributes of a rapidly expanding industry. Like the automobile or the railroads before it, initially there was insatiable demand for their product which created a bubble of overinvestment and overgenerous returns on investments.

These industries appeared not to conform to the script of other industries where low margins, excessive competition and continual cost cutting dominated the playlist. Making a buck became possible only to the most cost effective and efficient.

On reaching maturity, the bubble in these revolutionary products ineluctably bursts. A plethora of competitors are no longer sustainable where only the top three make money: the top performer – super profits, the second placed performer – above average returns whereas the third placed is marginally profitable with the remainder never making a satisfactory return on their investment.

The South African cellphone industry has long since reached saturation point. What has sustained the upward surge of profits has been the non-collusive but excessive pricing. None of the major players dare enter into a price war as that would be the thin edge of the wedge which would drive the prices down all the way to just above their marginal cost.

The government via ICASA has attempted to force the competitive aspect of pricing by unilaterally imposing a sweeping cut in the mobile termination rate. I am not opposed to IACSA’s view in this regard by merely to its method. Buttressing my belief that IACSA was faultless is that the network operators could never cogently and rationally justify such exorbitant rates and they know it. Hence their adversity to fighting these cuts tooth-and-nail but to rather oppose it obliquely. Where I am in disagreement with ICASA is in their decision to impose asymmetrical rates cuts.

Maybe the networks reaction was co-incidental to ICASA’s decision or maybe the inevitability of a rates cut was blindingly obvious but the resulting price war which has recently erupted has witnessed the rapid unwinding of the prepaid rate all the way down to 66c per minute.

Consumers have not all been delighted or even noticed. With contract customers still being charged up to R2.89 per minute and with no raucous clamouring for Contract Rates cuts, this implies an apathetic consumer, the very antithesis of the economic marginal utility theory so beloved of the academic economists. In a certain sense this was inevitable as the costs and hassles of immediate switching are not a high priority for a full-time employee.

But times are a-changing. Within a relatively short time frame, all users will be demanding 66c per minutes, first the youngsters, then the corporate users and finally the overworked executives and managers. As my personal cellphone has always been on a prepaid basis, I am already benefitting from these price wars. Not for me Vodacom’s R1.89 per minute contract charge!

In a word market saturation and maturity implies only one thing: the smaller players like Cell C and Telkom Mobile are financially doomed. Analysts are already projecting that both of these companies’ shareholders will never get a decent return on their investment. It is highly unlikely that either Telkom Mobile or Cell C are generating positive cash flows. According to Wayne McCurrie “They must be burning up hundreds of millions, if not billions of Rands.”

Furthermore he adds that the “glory growth days” of the cellular market are over. “They hit full saturation many years ago, and the two smaller players come into the market and they want to grab 10% or 15% or 20% market share – I do not think it is viable from a shareholder perspective,” he said.

McCurrie alleges that Cell C and Telkom Mobile are in a difficult position as it is very challenging to take on Vodacom and MTN in a mature and saturated market. “Smaller players have no option other than to compete on price, because it is not possible to really offer something significantly different.

However, lower prices mean lower returns, which will make it nearly impossible for the newcomers to show a good return on investment.”

This prediction made only recently has been confirmed by Telkom’s CEO Sipho Maseko when he commented that Telkom Mobile is not sustainable in its current format.

The acquisition of Neotel by Vodacom underpins this view on market saturation.

The Elephant in the Room

So far what I have discussed in the usual market consolidation process whenever a market reaches saturation point. This is merely a phenomenon of the Product Life Cycle and nothing more. Inasmuch as it will be brutal as it usually is, but the sequence of events is preordained but unstoppable even by government fiat. Economic reality will ultimately be the final arbiter of such a process.

No; that was definitely not the elephant in the room. If the consolidation phase was going to be brutal, the next development will be potentially catastrophic: technological change.

Let us start with a question. Why would Facebook acquire WhatsApp for $19 billion [R190b] unless of course there some cogent rationale behind this supposedly irrational decision. 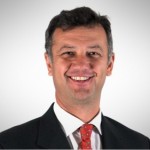 Facebook will introduce the elephant into the room by offering free voice services using WhatsApp as the vehicle. This will potentially decimate the revenue streams of all telecoms companies. Michael Jordaan, former FNB CEO, an expert in innovation and disruptive technologies, likens the free calls from the Facebook-owned WhatsApp to another major tipping point: that faced Kodak when it encountered digital photography or Nokia’s experience with the introduction of the iPhone. Kodak never recovered and finally after many a near-death experience is finally no more while Nokia’s future still hangs between life and death.

Furthermore he contends that WhatsApp will capitalise on the virality and the network effect further undermining traditional telecoms companies. He added that WhatsApp now adds a messaging/chat component that is in the first instance mobile, while Facebook was originally PC based.

Mobile messaging services have already done serious damage to mobile operators’ SMS and MMS revenues, and the same may happen to voice revenues if there is an upsurge in the use of mobile messaging voice calls.

Voice calling through mobile messaging services is nothing new. Skype, WeChat, BBM, Tango, Line, Viber and others have been offering voice calling for a long time but none ever managed to achieve critical mass. What sets the WhatsApp-Facebook partnership apart from the others is its widespread use in South Africa. Unofficial figures suggest that there are well above 10 million Facebook and WhatsApp mobile users in South Africa, which – even with overlap between the two apps – represents a sizeable portion of the total number of cellular users in SA.WhatsApp’s ability to run on most mobile phones also makes it a prime candidate to disrupt traditional SMS and voice services. 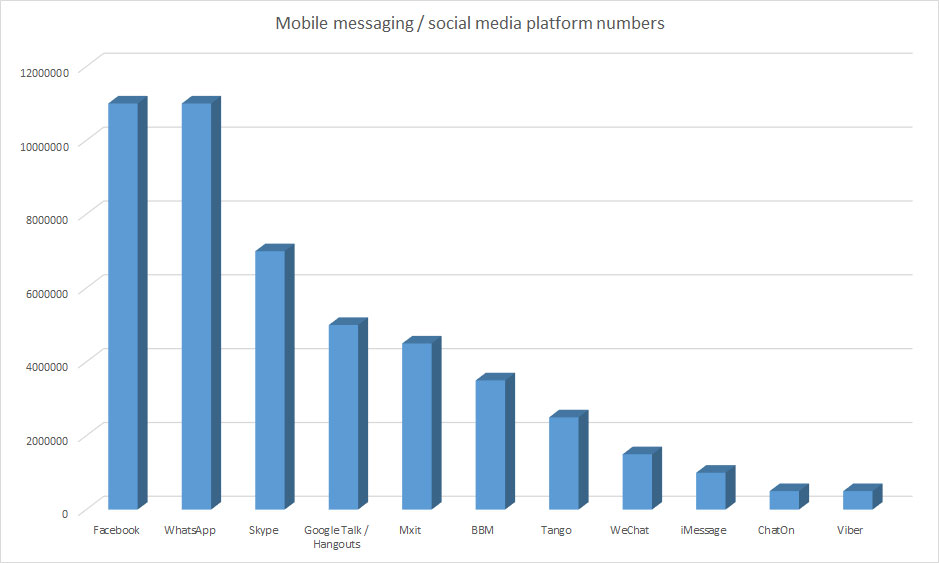 Number of Users of Messaging Services

This is what is expected to occur in the near future according to MyBroadband:

By combining the services which Facebook and WhatsApp offer, the two companies can provide mobile users with most of the services they require: voice, messaging and social media. Facebook-WhatsApp can become a users’ home screen, with the mobile operators’ traditional circuit switch calling and SMS services a distant memory. Even if a user wants to call a mobile number directly, they can achieve this with a VoIP call which is not billed by the mobile operator.

All that is required for this strategy to eventuate is a good quality data network which the networks will kindly provide by their investment of billions of Rands into fast 3G and LTE networks. Ironically the mobile operators are unwittingly providing the mobile messaging services with the perfect platform to attack their main revenue stream viz voice.

In a market such as South Africa’s, the major barrier to entry is an affordable smartphone. Ironically again a mobile operator is putting nails into its own coffin. MTN has recently launched the Steppa Smartphone retailing at only R499 with the likelihood of further price reductions. 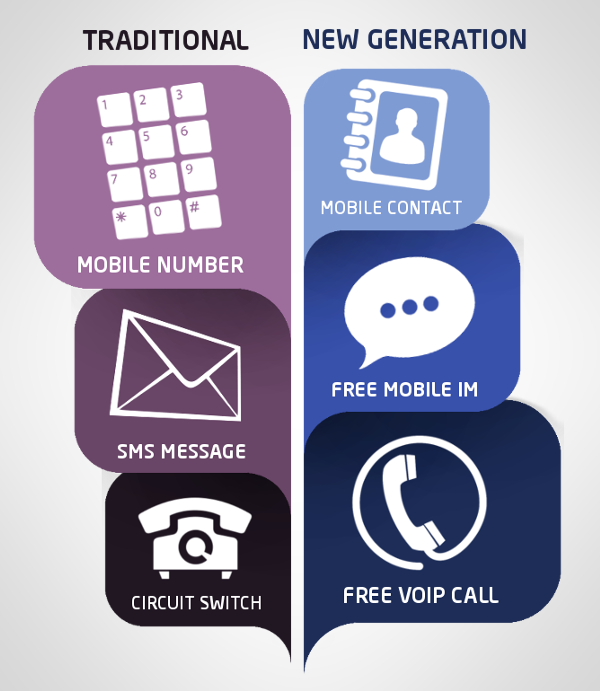 How can the mobile operators respond?

If mobile users share the naïve belief that the mobile operators will happily relinquish a large chunk of their revenue without a struggle or recompense, they are delusional. In a free market society they will not merrily provide additional infrastructure gratis.

So what possible responses will there be?

The obvious solution is to shape or block voice over IP (VoIP) traffic on mobile networks. This solution is, however, likely to be met with unprecedented public resistance and possible regulatory interventions.

Another option is for the operators to start charging higher rates for VoIP data traffic. MTN and Vodacom have already filed higher rates for VoIP traffic – R25 and R10 per MB respectively. Charging higher fees for VoIP traffic is also likely to result in a backlash from users and possible regulatory retaliatory action. An elegant solution may be for mobile operators to charge for specific services rather than for mobile data products. Users therefore pay for Internet access, voice services, messaging services and the like. This means that the method in which a voice call is made is irrelevant (whether circuit switch or VoIP), and all voice traffic on the network is billed per minute at standard rates. This will require deep packet inspection and advanced billing systems, which may not go down well with tech-savvy consumers. 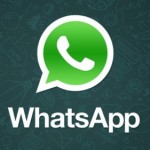 Whilst it could be argued that disruptive VoIP technologies have been available for some time in the form of BBM & Skype, as has been seen in other industries such as the MP3 player market, the eventually wholesale adoption requires all the key ingredients to be in place such as the critical mass of users, adequate performance and an acceptable pricing model.

Does the WhatsApp voice service now meet these criteria?

If it does, then my prediction will result in unpredictable market turbulence for all mobile operators, orders of magnitude worse than ICASA could ever do with their tinkering with the mobile termination rate.

Hold on for an unprecedented ride.

Freeing One’s Mind from the Past