Is one even able to contemplate what Cape Town’s harbour was like in the days of sail? These photographs evoke that period. Imagine the harbour without a steamship in sight. The first regular service between SA and the UK was only commenced in 1857 by the Union Steam Company. 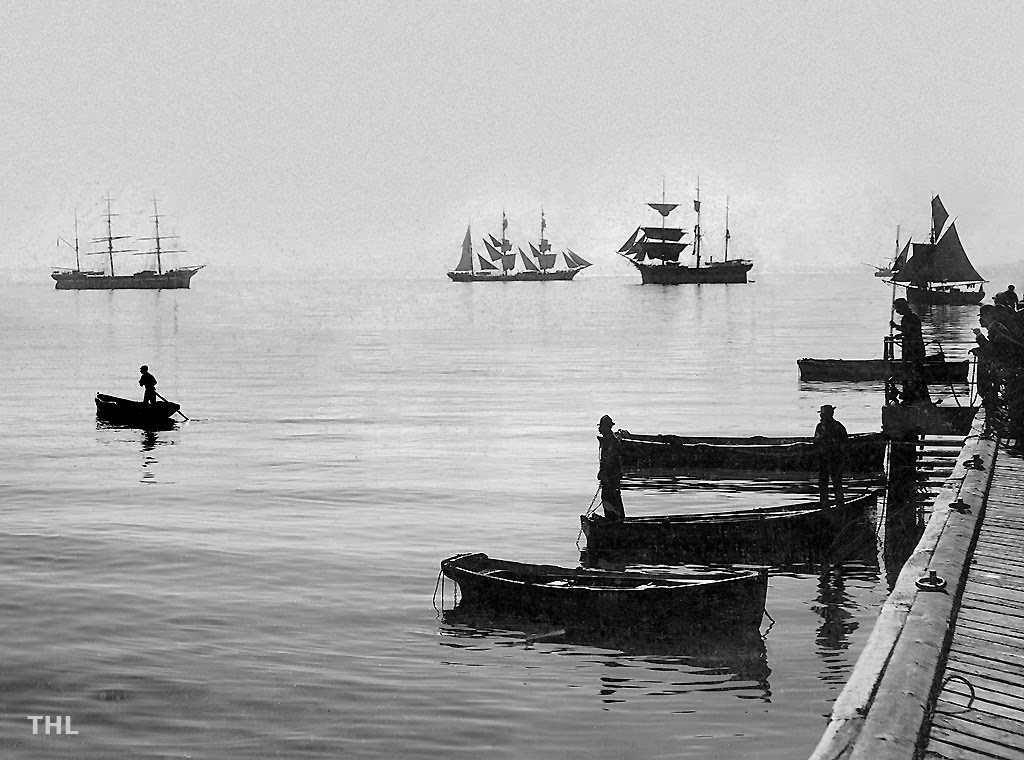 Another harbour scene from the 1880s 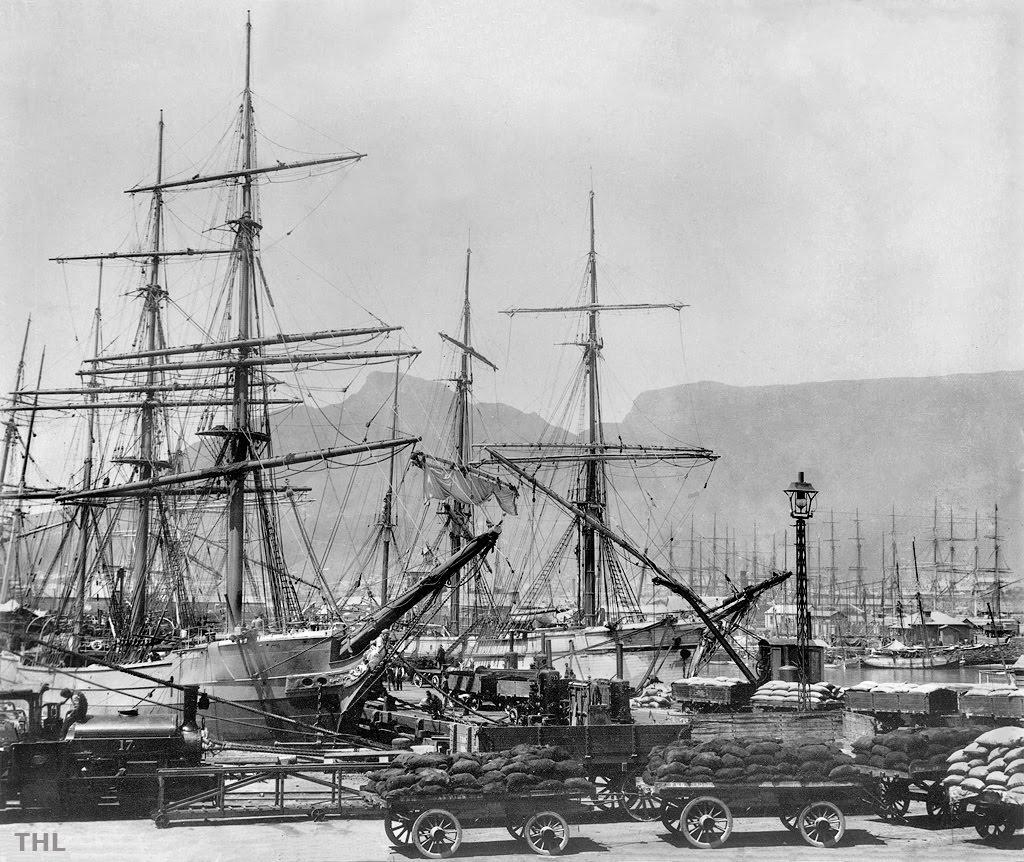 This busy 1898 harbour scene suggests that the British were already building up supplies for the Boer War. Coal from Welsh mines in the foreground. 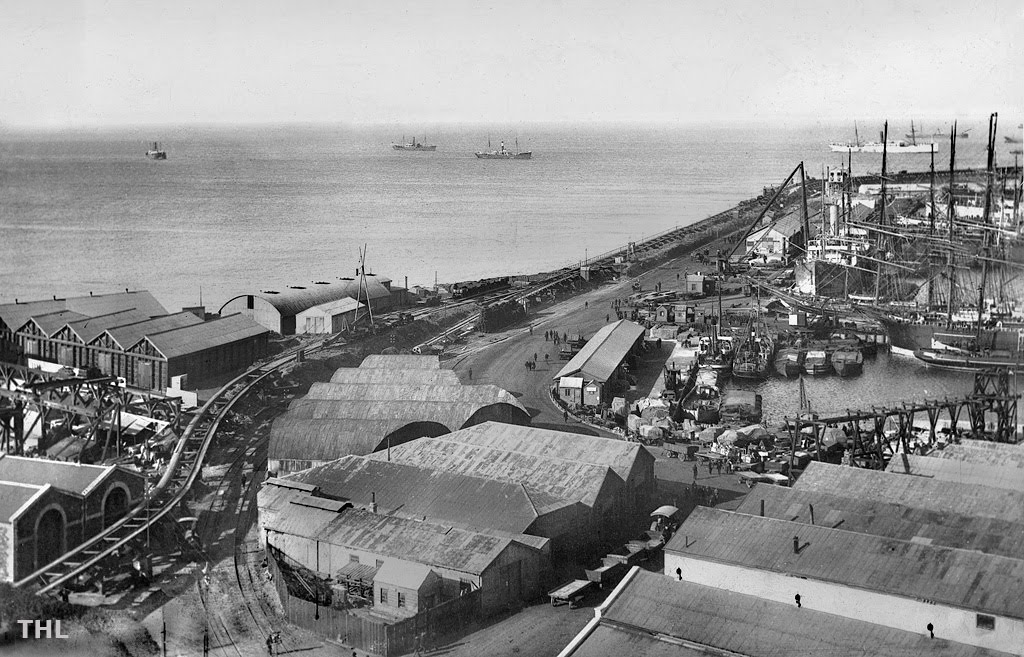 A scene probably dating to the start of WW1. Note the ‘S’ shaped viaduct in the left of the image connected the main feeder track from the quarry to the breakwater extension, but at the time of the photo was no longer in use as that 7ft gauge era ended in 1904. ote the steam traction engine with 4 trailers between the sheds in the foreground. 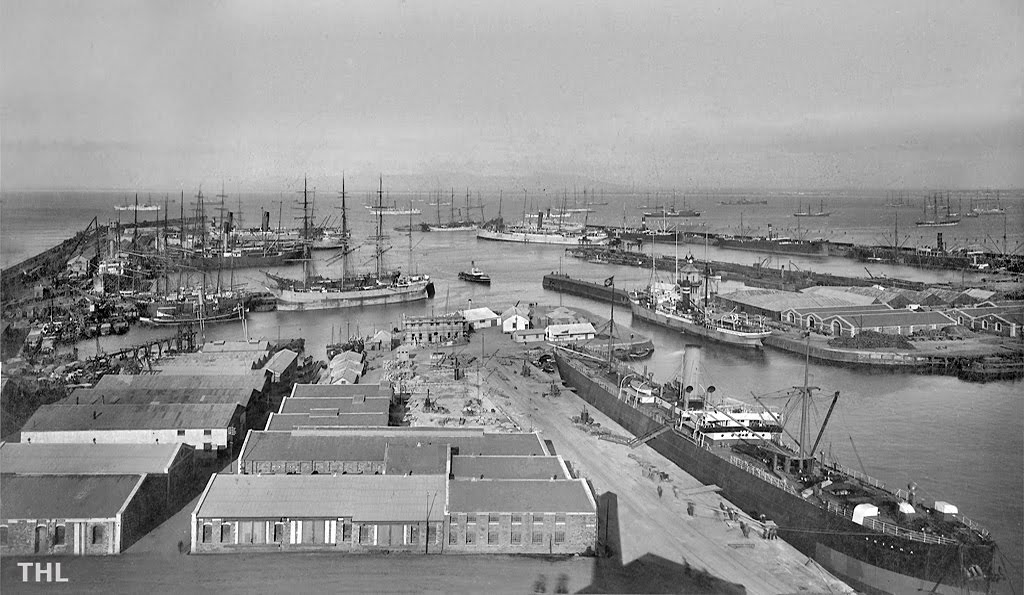 A mixture of sail & steam. Photo probably taken early in WW1. This speculation is based on the extraordinary number of ships n the roadstead.

Port Elizabeth of Yore: Reminiscences of the early Harbour and Town

Port Elizabeth of Yore: Reclamation at the Harbour