In my mind, there are two notorious tweeters: Donald Trump & Helen Zille. Both use it to vent their frustrations. In neither case has its output been beneficial to the sender. In Helen’s case, it could result in some drastic action shortly.

What is the prognosis?

END_OF_DOCUMENT_TOKEN_TO_BE_REPLACED

Stating the obvious, the easy work has been done by appointing the new Mayors. Even that was not as smooth as expected especially when the EFF accused Herman Mashaba, the DA’s candidate for Mayor in Joburg, as being “anti-black.” It is a matter of record that the EFF have been a disruptive influence with incendiary speech and spectacle being their trademarks. Will the leopard change his spots in order to play the coalition politics’ game or will it continually blackmail its coalition partners?

Contrary to the news headlines, the EFF only received 8.2% of the vote nationally. The only reason why the EFF is able to punch above their weight is that they are the kingmaker in most of the “hung” councils. The only glue that binds the DA & the EFF with such divergent policies is their desire to dethrone the ANC.

Nothing more and nothing less.

END_OF_DOCUMENT_TOKEN_TO_BE_REPLACED

With the Reverend Frank Chikane alluding to the reset button as being an urgent required by the ANC to rectify itself before the next General Election, is this a real possibility or will the real solutions remain elusive, cast aside in deflection and CYA activities ?

END_OF_DOCUMENT_TOKEN_TO_BE_REPLACED

The Local Government Elections 2016 – LGE2016 – have irreparably altered the South African political landscape. With three major metros requiring coalition governments, diametrically opposed opponents will be forced to compromise. This requires political maturity which heretofore the EFF has not yet displayed. Instead petulance and disparaging taunting comments, often with racist connotations, have been the order of the day.

What is the likely outcome?

Main picture: The inimitable Zapiro on the 2016 Local Government Elections in South Africa alluding to the fact that Zuma had commented that the ANC would remain in power until Jesus came again

END_OF_DOCUMENT_TOKEN_TO_BE_REPLACED

Barring a dramatic event, the final outcome of the 2014 Election is already known with the ANC retaining power but with a reduced majority. The Democratic Alliance made substantial gains by increasing their share of the vote by 29.8%. Many of the smaller parties were all but eliminated with the Cope’s tally being reduced by 90%, the once powerful IFP by 44.4% and the ACDP by 33.3%. Even the much favoured Agang did not make an impression as it only gathered one seat, that of Mamphela Ramphele.

END_OF_DOCUMENT_TOKEN_TO_BE_REPLACED

First the SABC decided not to flight an election advert by the DA [Democratic Alliance] on the grounds that it maligns Jacob Zuma. They allege that the Nkandla affair has not been proven in a court of law therefore it is prejudicial to him.

Then the IEC [Independent Election Commission] stepped in & announced that it could not arbitrate on the issue until after the Easter long weekend because nobody was available to chair it despite its rules clearly stating that conflicts arising from adverts have to be resolved within 48 hours.

In its rush to prove that they are thoroughbred lackeys of the ANC, both parties revealed their biased hand early in this election campaign. 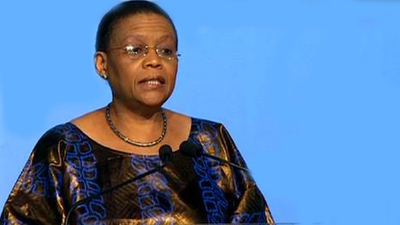 Both the IEC Chairperson Pansy Tlakula & SABC’s Acting COO Hlaudi Motsoeneng need to urgently go on refresher  training regarding the meaning of the words independence, freedom of speech & what the concept of free & fair elections mean but I fear that the notions are too esoteric especially for Hlaudi who does not even hold a Matric Certificate.

Despite heading up NUM and the SACP, this Mampara only paid his own workers one third of the minimum rate for working seven days a week

Mampara for May 2014: Julius Malema