Spare a thought for an extremely young girl, her parents first separated and then at the tender age of 10, her father dies. Imagine the sense of loss, the perpetual sense of emptiness. This is the personal and touching story of Meriel [Merry] Burman as she recalls her father, Cecil McCleland and recounts her life growing up almost cheek-by-jowl with other McCleland’s in Newton Park but never knowing them. Meriel is the correct spelling of Merry’s name as I have gently been scolded.

My Dad, Cecil John Farrington McCleland, whose initials I always remembered because they were emblazoned on all his vegetable boxes in his packing shed on the farm, lives in my memory as a hard working farmer. I can still see him in my mind’s eye in his khaki work clothes and his old sweat-stained hat with a feather tucked into the hatband, when he used to come home for lunch after working on his lands. 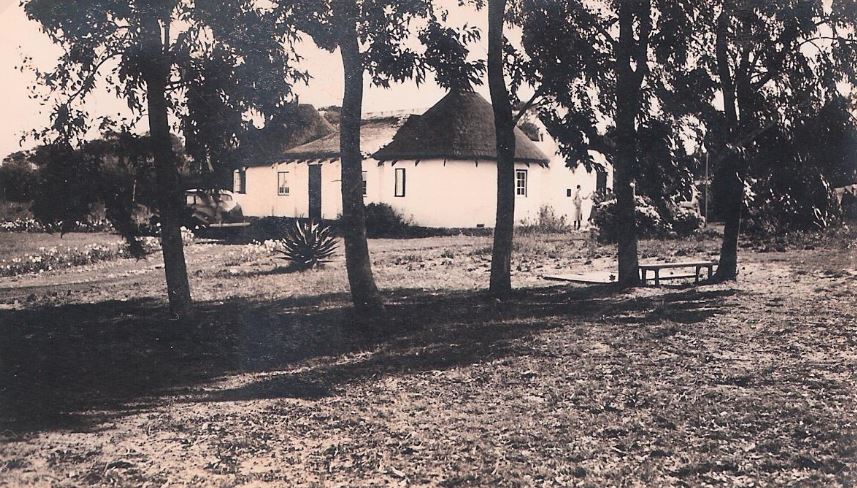 Sometimes in the evenings, he would relax in his big old club easy chair in the corner of the dining room.  He used to scare the living daylights out of me at mealtimes when he would shout at us, “Children should be seen and not heard!” I suppose that he found our childish chatter annoying. 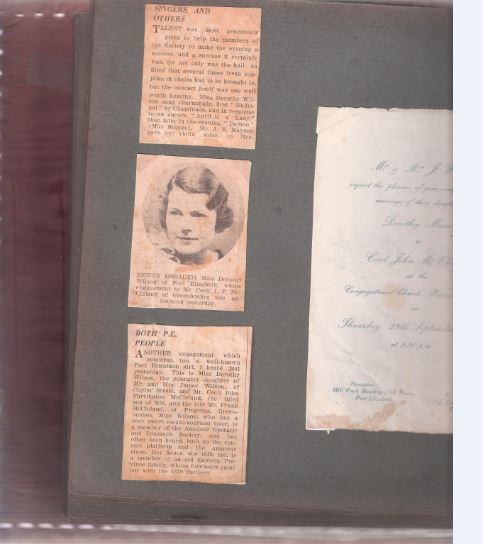 My father died in 1950 when I was 10 years old and my sister Roz [Rozalind] was eight. However my memories of him are few and far between because he and my Mom separated when I was 5. I only understood many years later that theirs had not been a happy marriage, although she never spoke to us about him until the day she died, except to say that they had never been divorced.  That seemed to be important to her. Her reason for coming back to live with her parents she told me was so that we could go to school. 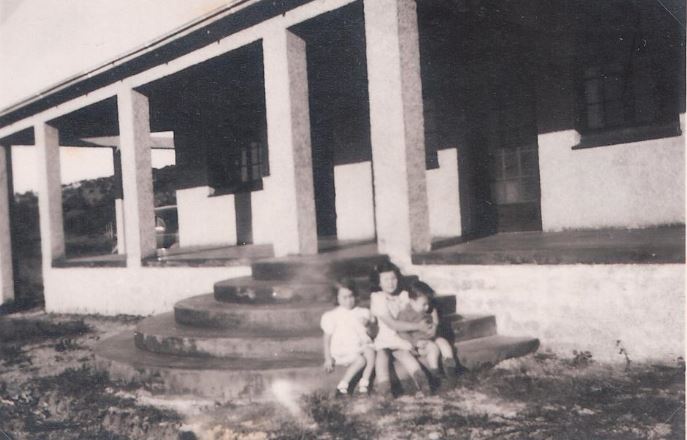 As children, we accepted what we were told and did not question further.

He and my Mom lived on three farms in the few years in which they were together.  First, there was the Rondavels, although whether he was farming there I don’t know.  That house was situated somewhere along the Old Cape Road between Progress Farm and Van Stadens Pass. I’ve never been able to find it, or the Rondavels, on recent visits back to PE probably because of the seemingly uncontrolled spread of Port Jackson bush along that stretch of the Old Cape Road. 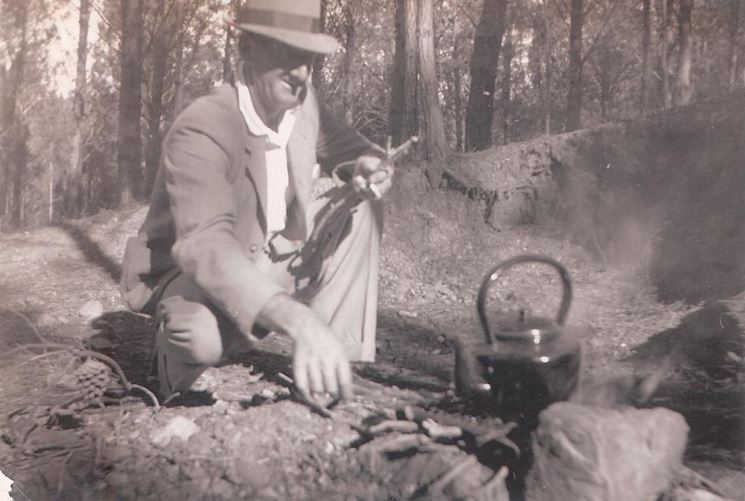 Then they moved to Parson’s Vlei, also on the Old Cape Road, between Greenbushes Hotel, (the local farmers’ watering hole), and Draaifontein Road. I think that farm has been swallowed up by creeping suburbia.  I think he farmed cattle there because I remember them invading the garden behind our house and chewing my Mom’s laundry which had been hung out to dry. 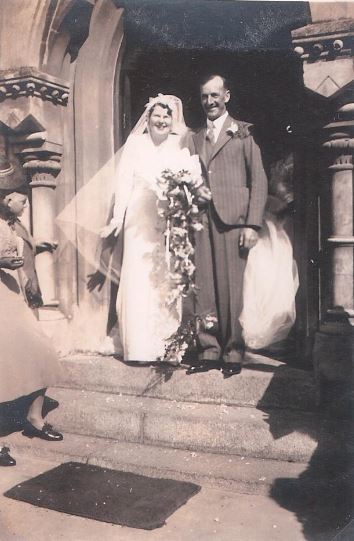 When I was about 4 years old we moved to the house he built halfway up the hillside on his new farm, Bella Vista, on Kragga Kamma Road. This was a very grand house, with semicircular steps leading up to the front. It smelled of fresh plaster and paint.  At least it seemed grand to me, although it had no inside toilet, our water all came from rainwater storage tanks and a generator provided for electric lights. There was a wood stove in the kitchen and it seemed that there was always a pot of coffee stewing away and a big pot of samp and beans which our cook Emma gave me occasionally.  I had simple tastes and loved it!  He grew vegetables on this farm and I remember the big shed behind the house where he used to pack and load up all his produce for market. 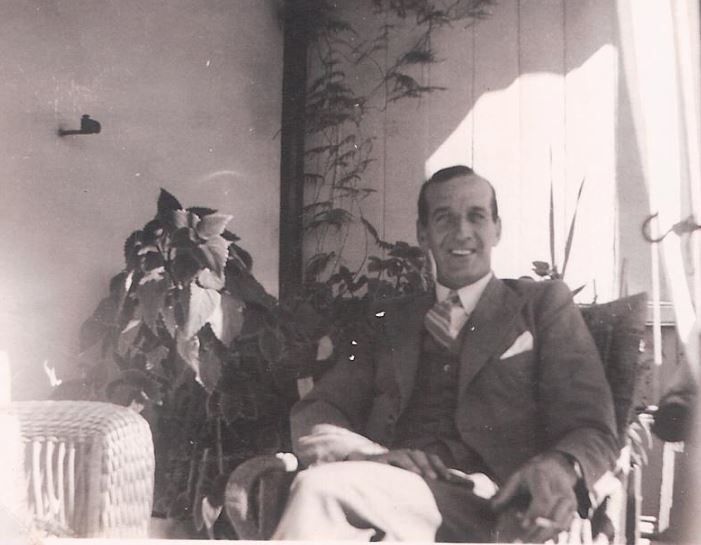 Marc [Meriel’s son] and I searched for this house on our recent trip to PE but although we found what we thought was the house, it had been altered and we could not find anyone at home to confirm whether it actually was my Dad’s old farm.

The avenue of flowering gums which he had planted beside the road leading up to the farmhouse had gone and there were beef trees there instead.  Neither very pretty nor an improvement on the gums, I thought. 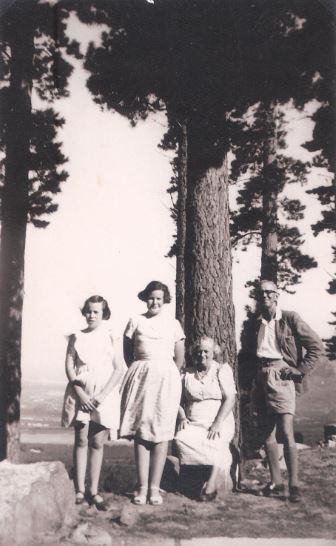 After we moved to town my Dad fetched Roz and I to spend the occasional weekend on the farm with him. These were wonderful for me.  I missed him and the farm a lot. Once, when I was about seven, I decided to run away from home and go back to the farm.  I packed my little school case with a change of panties and a toothbrush and set off on my way up Cuyler St. I only got as far as St Georges Park when my courage failed and I returned home defeated. I don’t think anyone even realised that I’d been gone.

Other fragments of memory that may give a slightly rounder picture of him are that he used to enjoy hunting and fishing. I never saw the results of any of these pursuits but maybe they arrived on the table at dinnertime! I remember him shooting a puffadder in front of our house at Parson’s Vlei. I suppose he felt that it was necessary, with two small children running around the property! Among the photos I sent you was one of him and my Mom together in some of their happier moments on a beach, with him fishing. It may have been near Gamtoos River mouth. That rings a bell in my memory.  He also took us on a camping trip on the beach at the Lovemore’s farm, Bushy Park. I’m pretty sure that was a fishing trip for him. We just enjoyed the beach and a beautiful natural pool for paddling. 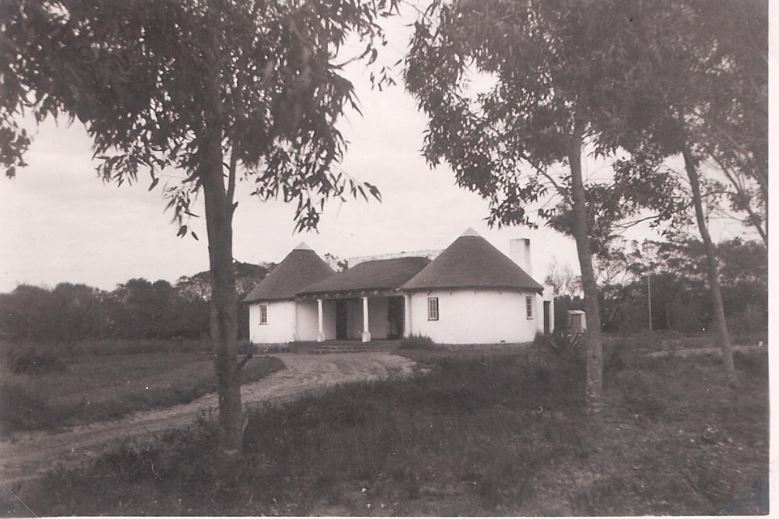 He died in Cape Town in 1950 after surgery for what we were told at the time was cancer of the liver. Only many years later my Mom’s sister told me that he had cirrhosis of the liver. I believe that he had a bit of a drinking problem, but don’t know for sure. This may have been one of the reasons my Mom left him. After his death we had no contact with the rest of the McCleland family, mostly because we didn’t have a car and anyway, my Mom didn’t drive.  This was quite a big hole in my life and I’m sorry that we lost touch.

All my life I wanted to be a farmer, but things just didn’t work out that way. 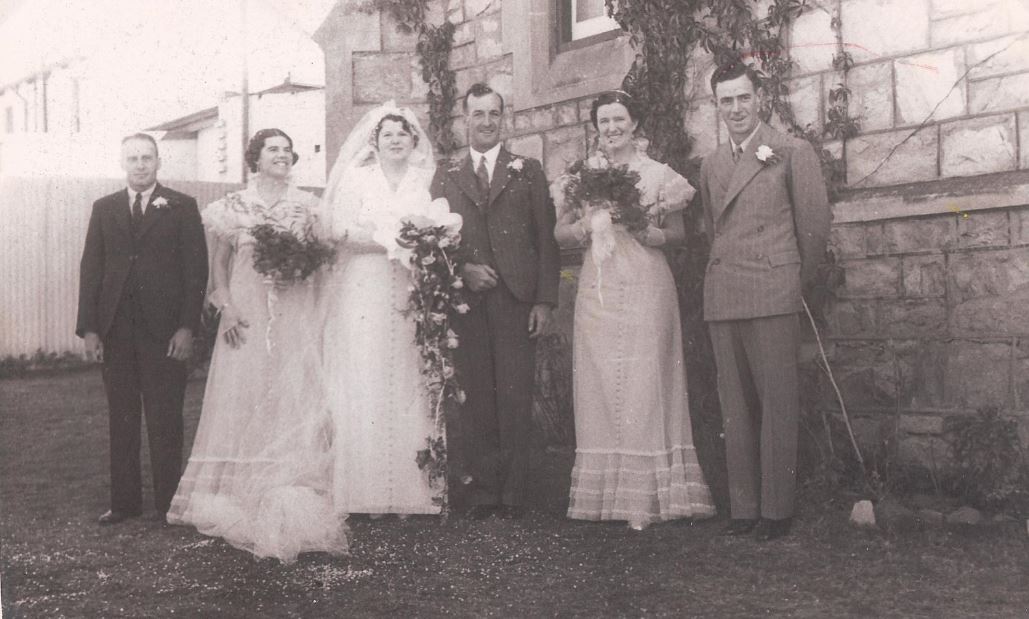 By the way, I think it is quite a coincidence that we lived so close to McCleland’s in Mowbray Street in Newton Park but in those days I never knew that part of the McCleland family [Clifford McCleland]. We moved to 64, 4th Ave, which my Mom bought after my Granny Wilson died in 1956. I lived there until getting married in 1967.  The property was expropriated by the City Council in the 1980s and demolished. The garden of the Newton Park Public Library is where our house and garden once stood.  The oak trees that I brought back as little saplings from a family farm in Constantia and planted in our garden many years ago are now quite big trees next to the library building.