Am I being paranoid but in the wake of the recent spate of accusations of racism being levelled at various individuals even for the non-racist actions in some instances, I decided to apply the principle of risk control and mitigation. To do so, I closely monitored the members of my household. Then it dawned on me. One of the closely knit McCleland clan was a closet racist, albeit subliminally. I was aghast. After assiduously training my children to treat all humans as equals and never to despise them, I had forgotten about my dogs. What am I to do? Surely I will bear the burden of responsibility for this omission?

Main picture: The possible miscreant – Dog L – enjoying herself not on the beach but in a pond at Delta Park. No littering was allowed during the making of these photographs. In addition the litter was placed in the appropriate recycling bins

To comprehend both the magnitude and the seriousness of this transgression, I approached the petite Dog Behaviourist, Ms MoneyGrabber, who had previously assisted the McCleland household in their hour of need – psycho-analysing a delinquent German Shepherd puppy by the name of L.

According to my Scottish lawyer, Mr GiveMeYourMoney McDonald, as this matter is now sub judice, I am no longer allowed to refer to the alleged delinquent hound other than by the name L. Furthermore I would like to inform you that L does not bear any resemblance, fleeting or otherwise, to a GSD by the name of Layla which freeloads at the McCleland’s residence. [Note that I specifically use the term freeloads and not the term entitlement] 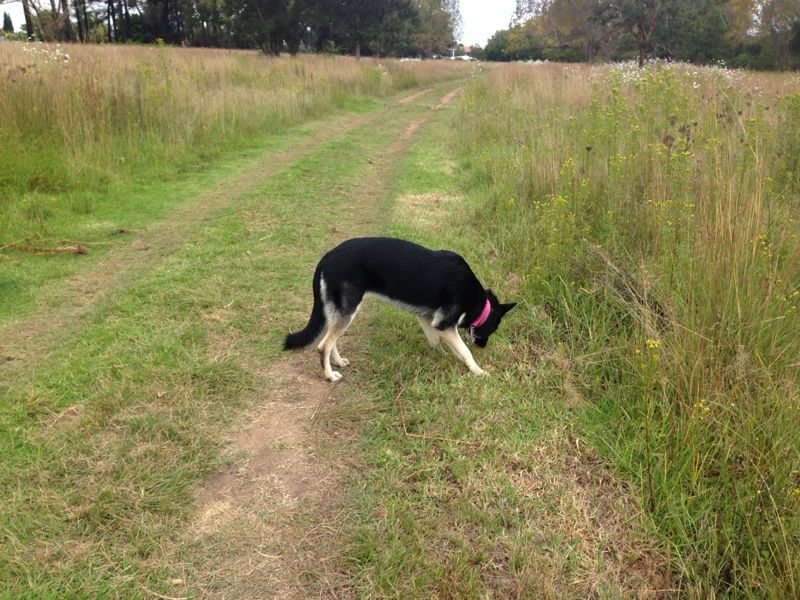 According to the Dog Behaviourist’s business card, she must have herself been retrained as she now styles herself as Ms Fairweather Moneygrabber, Specialist in Canine Behaviour and Master of Canine Psycho and Learned Bigotry. She quotes liberally from a Professor in Canine Studies, Dr Cracksniffer, that all dysfunctional canine behaviour especially that which is indicative of racial profiling, is not innate to any animal. Quite to the contrary. It is the observed behaviour of its human owner that it is imitating. All animals and especially one’s pet dogs, Mr Cracksniffer concluded, are hyper sensitive not only olfactorily but also emotionally. 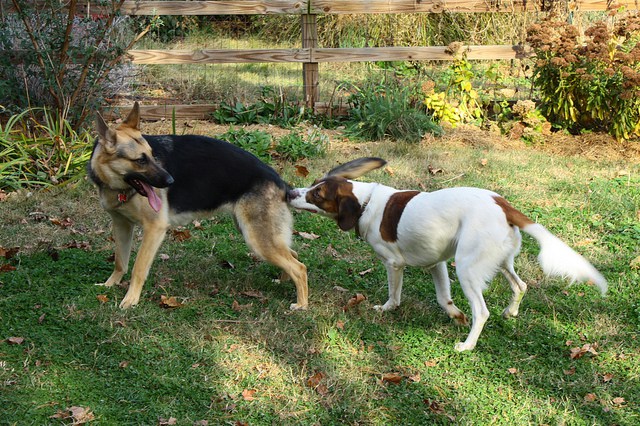 Finally he concludes with the terse comment, “Coincidental?  I think NOT!”

Now you understand my concern. If my lovable hound, Layla, is racist then according to the eminent professor, I am culpable.

It had never crossed my mind that animal could possess racist proclivities. After taking Layla with me every morning to pick up the newspaper, I noticed an unusual phenomenon. Her behaviour would vary according to the race of the jogger or passerby. If the person was black, she would immediately adopt an aggressive pose, bearing her teeth and growling. Yet if the person was of a lighter hue, she would wag her tail in greeting. If my Indian neighbour, Dawood jogged past she would stand there stupefied as if conflicted and softly whimper. 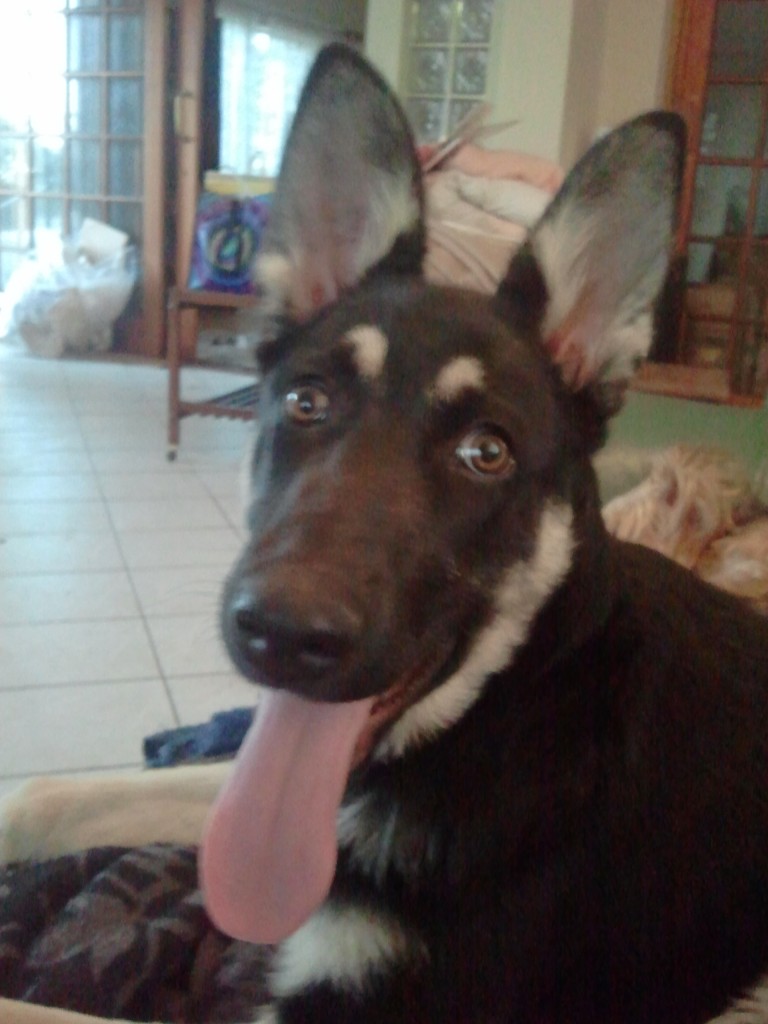 At first I took no notice of her behaviour but her stance was unmistakeable. The primal attack stance was clearly evident together with the I-will-kill-you eyes.

I would like to thank you for calling upon my expert services to assist you in determining the root causes of this most blatant racism afflicting Dog #L. In my entire career specialising in canine behavioural problems, this case represents the most intractable. Without intense therapy over an extended period of six months, the psychological scars inflicted upon Dog #L in puppyhood will never be healed. 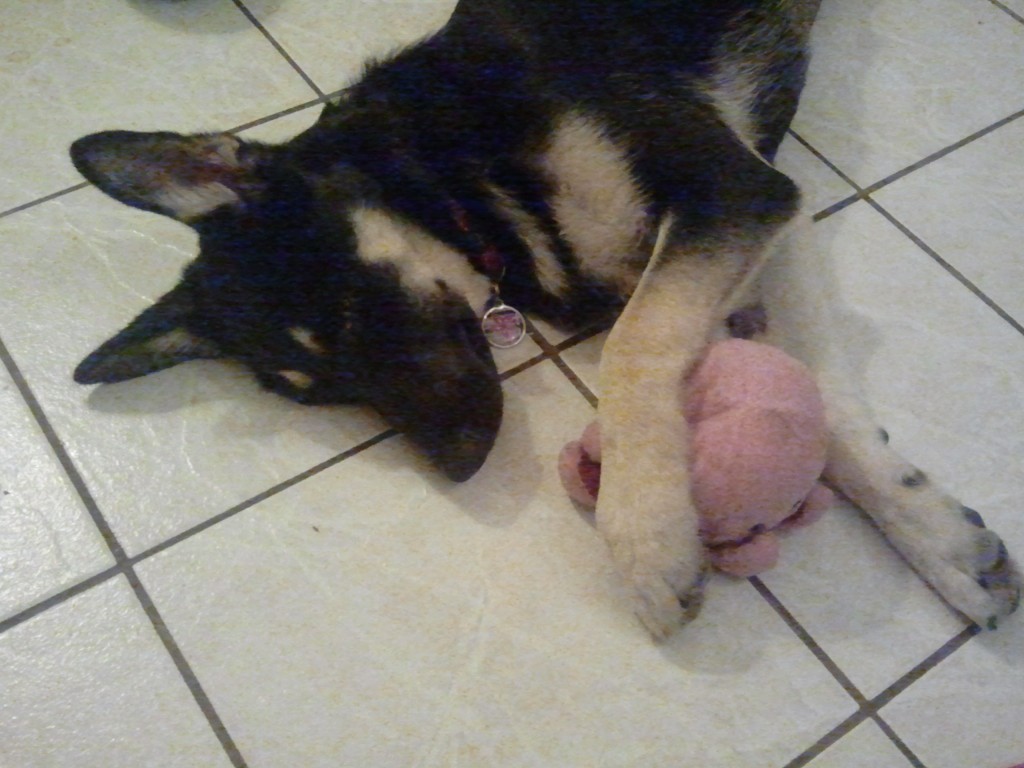 This type of therapy is formally known as diversity training. The basis of the instruction will be a weekly session of 2 hours at a cost of R 3 000 per session. These exercises will incrementally expose Dog #L to different races in different environments. As she has only previously been exposed to people of other races in a master–servant environment, I will take her with me to my weekly tea parties with various influential BEE beneficiaries who reside in Sandton. Here she will make contact not with the township mongrels but with their thoroughbred cousins tutored in the etiquette and manners of the upper class dogs.

Naturally the length of the therapy will depend upon her internalising the fact that all people, and dogs for that matter, are equal in terms of human/canine dignity and have to be treated as equals. 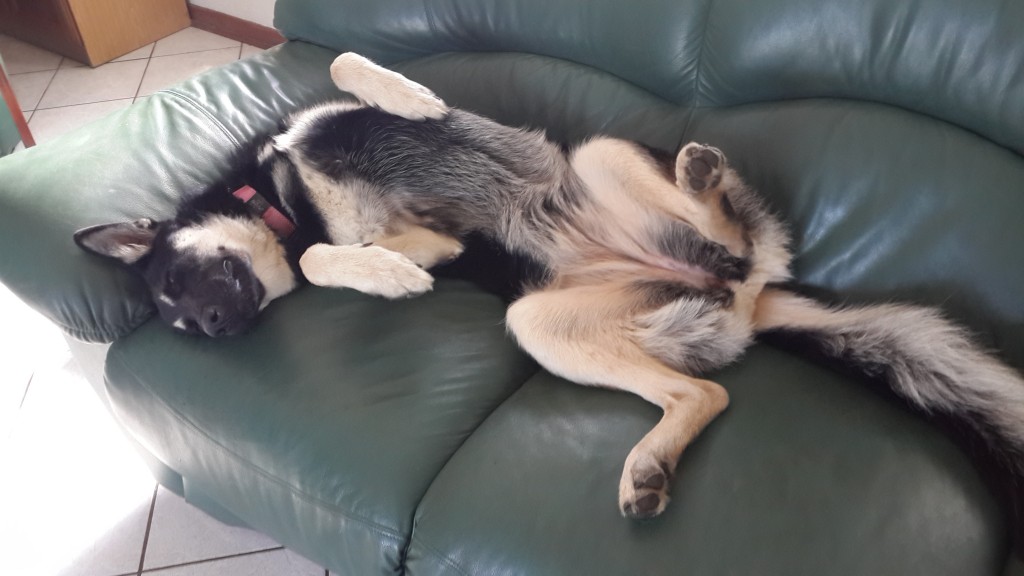 If Dog #L has access to twitter, I would strongly suggest that the use of the following words be blocked: monkeys, bobbejane, cow, bitch and the K word as the use of any of these pejorative terms is likely to result in a pre-emptory summons to the Equality Court. In the canine behaviourist clique, this is colloquially known in South Africa as “doing a Sparrow.” And you know what happens to Sparrows of the Penny kind?

You could also encourage her to pee on Rhodes’s statue or if you can’t get to Cape Town then take her to Pretoria to express her disgust on the Paul Kruger statue.  I also find that doggy walks around the Voortrekker Monument are extremely beneficial as she can freely void her bowels in an appropriate place.  If you find any of these suggestions too onerous then a moderately less successful strategy is to walk her regularly in the neighbourhood and encourage her to deface the lampposts as they represent the European culture that was foisted on this benighted land.  This is quite apposite at the moment with Eskom doing its bit in creating a benighted land once again.

Furthermore even if she does use any of these bigoted terms, even in jest, NEVER defend her right to do so in terms of the precept of Free Speech. Again there is a colloquialism peculiar to South Africa for this phenomenon. It is known as a “Cliffie” or sometimes as “Falling off a cliff voluntarily.” Even the most fawning apology is unlikely to save your career as a Dog Howling judge.

Finally a term or reference that is out of bounds is the concept of entitlement. However much one feels aggrieved that modern dogs have great expectations, in spite of not working hard or not earning it, never even allude to this fact. In this regard, they will demand such items as their own leather couch – not faux leather mind you – but real leather, gourmet meals and even their own personal groomer and trainer. If I utter the words, “He did a Chris,” or one needs to have a “Hart to Hart” you will know what I am referring to. Never participate in this type of discussion especially if you do not possess the relevant degree as required by your job.

Comment to the state of politics in South Africa

Initially I wrote a serious blog about the various tweets in South Africa placing them in context, in other words the degree of racism expressed. Ultimately I elected not to publish that blog and imposed self-censorship based upon the fact that as a white one is automatically tarred with the same brush. 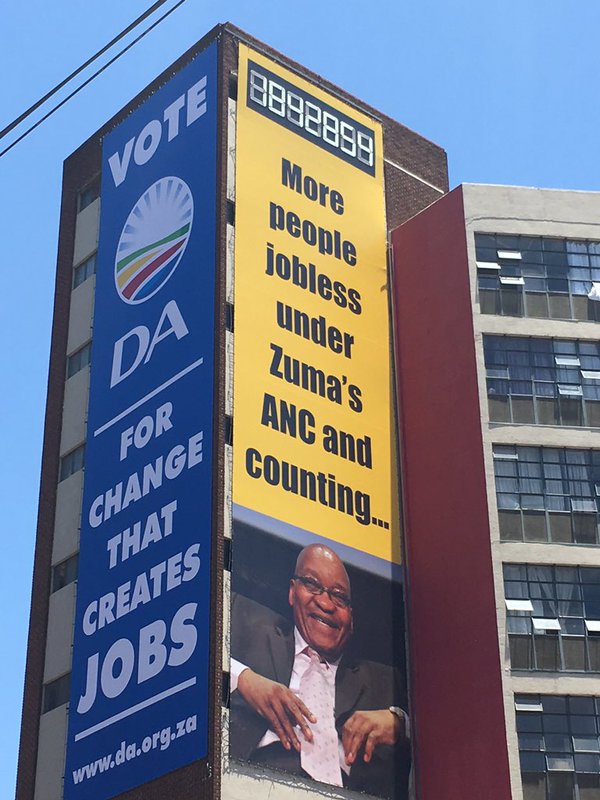 The ANC now claims that this DA Bilboard about joblesness is racist!!

Instead I elected to write a tongue-in-cheek blog which hopefully will not draw the ire of political commentators.

The sage words of my brother on this episode are as follows:

Unfortunately, the debate has stooped to such low levels that no matter how intellectually correct one’s comments are they cannot be espoused by a ‘white’ person.

Further, the ANC and the EFF have made white racism a cornerstone of their election strategies as it constantly puts the DA on the back foot in arguments it can never win.  The strategy is to twin whites with racism and the DA with ‘whites’.  This is an incredibly effective strategy as it immediately whips up emotional support for themselves whilst simultaneously avoiding close scrutiny of their own racism, moral an intellectual bankruptcy, corruption and all round cluelessness.

For this reason alone, as hard as I find it, the most effective strategy for whites and the DA in particular is to avoid all discussions of race in any situation except amongst close friends or groups that can handle or appreciate liberal thinking. (I was going to say intellectual thinking but I realised that being an intellectual doesn’t make one a free thinker.  One just gas to think of the many Afrikaner intelligentsia that held very narrow views in the past)   It might sound like a coward’s way out, but these are arguments that ‘whites’ will never win for a long, long time.  The best strategy is to take the heat out of the argument.  My personal mantra is that it takes one person to start an argument, but two to continue it.

Finally a quote from John Berman puts the whole issue in context: 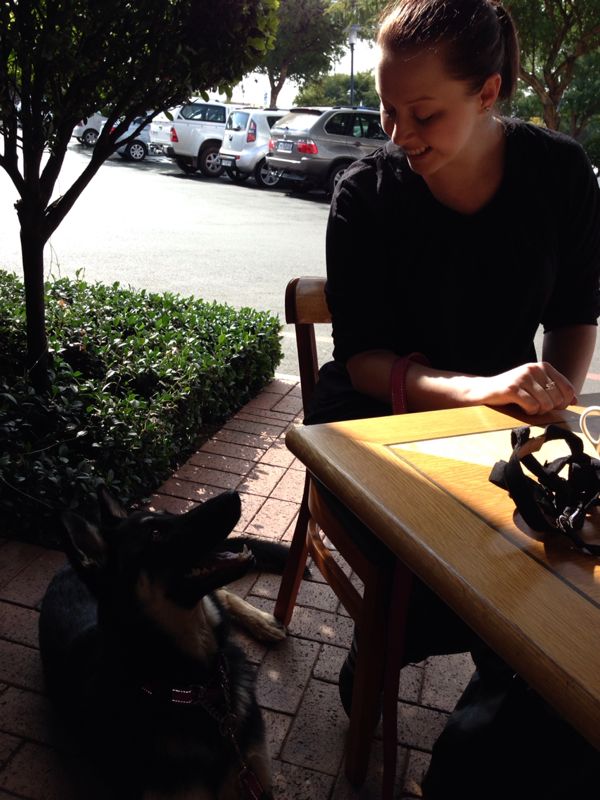 Whenever some white person makes a witless remark such as that of the hitherto obscure woman who recently compared blacks leaving litter on beaches to monkeys, a host of commentators leap into print with accusations that the sentiments expressed are not aberrations but the norm. The widespread repudiation of these remarks in fact suggests the opposite.

Why Helen Zille is so Wrong?

The Abuse of the Race Card in South Africa